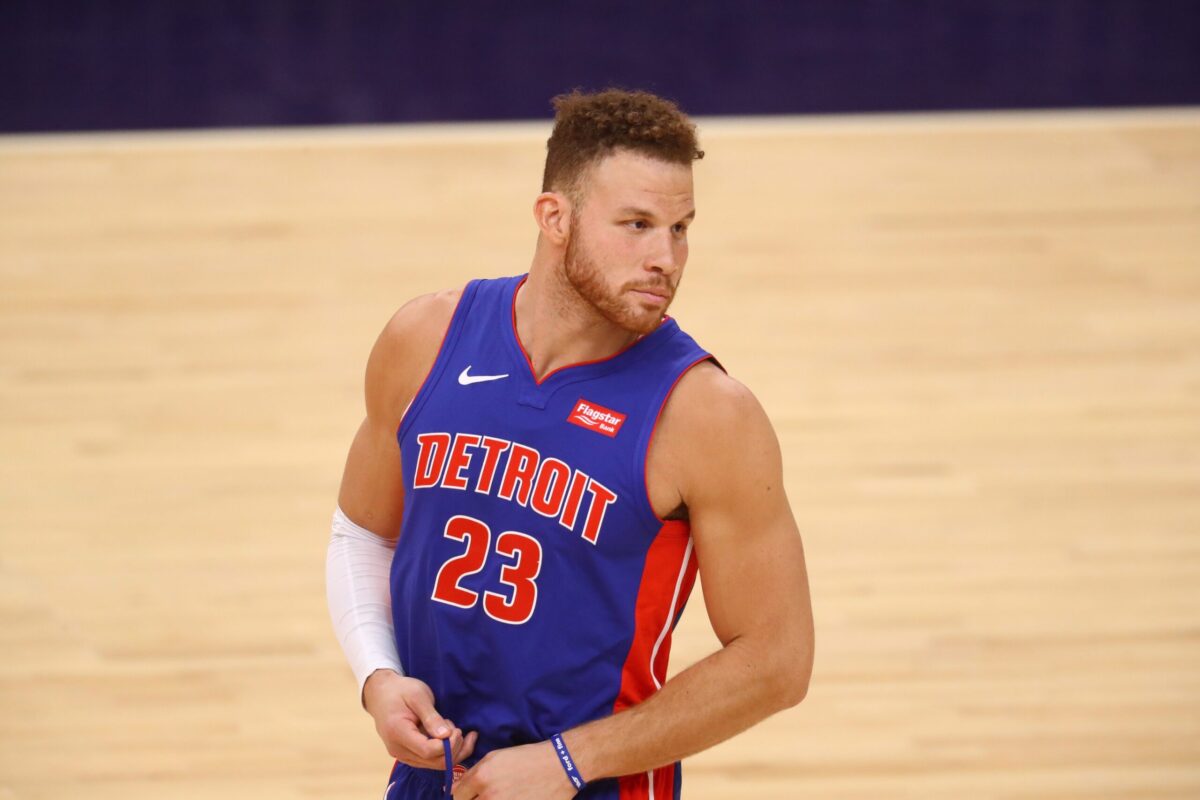 The Detroit Pistons and forward Blake Griffin reportedly have agreed on a contract buyout.

Six-time All-Star forward Blake Griffin has agreed to a contract buyout with the Detroit Pistons and will become an unrestricted free agent, sources tell ESPN.

The six-time All-Star reportedly already has interest from many of the league’s top playoff contenders.

Griffin had been out of the Pistons’ lineup recently, as the two sides had tried to work out a trade or buyout.

Griffin has interest from many of the NBA’s top playoff contenders and is expected to make a decision on his next team after conversations with prospective teams in the near future, sources said. https://t.co/8Qpbbp4ggE

This season, Griffin is averaging just 12.3 points, 5.2 rebounds and 3.9 assists per game.

He hasn’t looked like the player he was in his prime, but Griffin could provide a contender with a veteran presence and scoring punch.