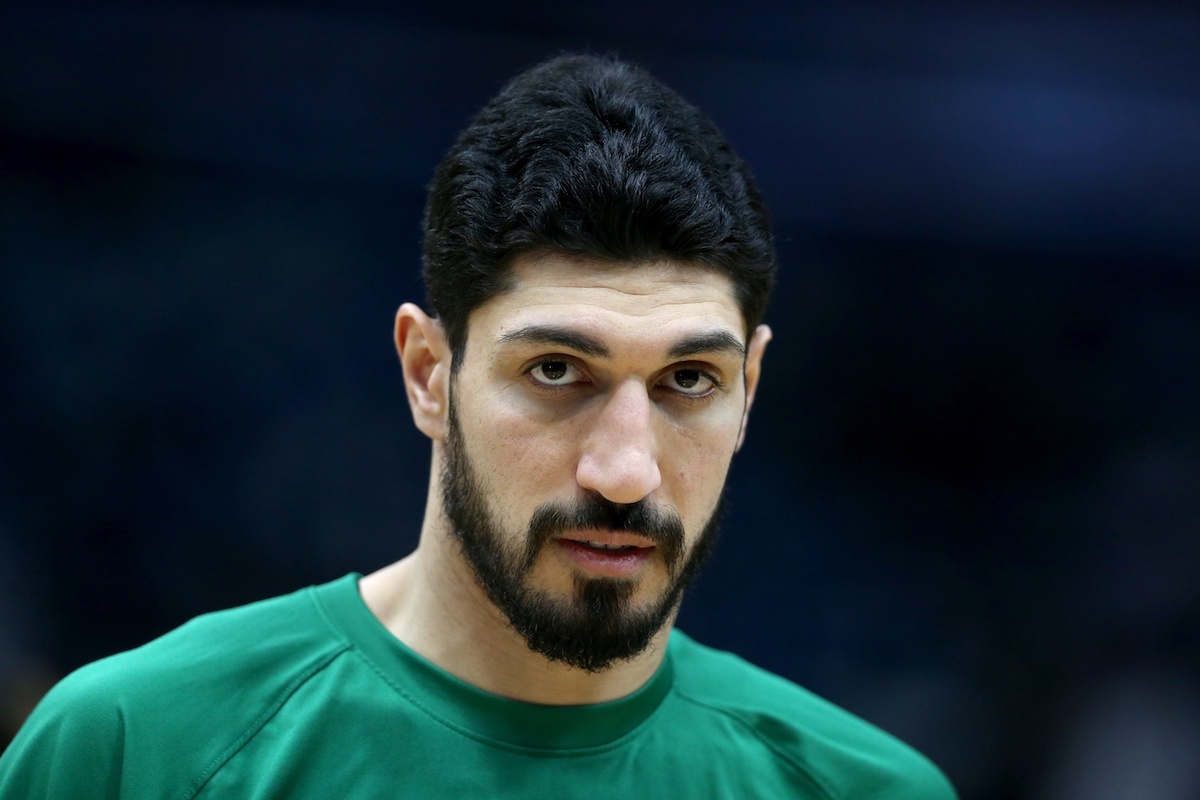 Former NBA big man Enes Freedom recently made it clear that he plans to sue the NBA.

Freedom, who has been a major advocate for free speech and against what many have called Chinese slave labor, believes that he was effectively kicked out of the NBA last season.

He visited the “Brian Kilmeade Show” shortly after winning Most Valuable Patriot award at Fox Nation’s Patriot Awards to discuss why he wants to sue the NBA.

“He literally reached out, ’30 teams, all the coaches, all the GMs, all the presidents, they said — not one of them is interested,'” he recounted what his agent told him after Freedom continued to speak out against China.

He then told Kilmeade that he thinks he’s going to “sue them.” He made it clear that he has already spoken with his legal representation as well.

“Yes, I did talk to my lawyers,” he said. “This seven, eight months has been so busy. I was just going out there, giving speeches and stuff, but I think once I’m back at home I’m definitely looking forward to suing them.”

It’s not entirely clear what Freedom would specifically sue the NBA for, but it likely would have to do with accusing the league of some coordinated approach to not allowing him to play in the NBA.

While he may have some ground to stand on there, it’s also hard to deny that his production on the court dipped last season. NBA executives could likely argue that he simply does not fit on their rosters.

Freedom is an old-school big man who has no ability to stretch the floor. As NBA fans know quite well, that skill set is becoming increasingly less desirable across the league. In his most recent season in the league, the 2021-22 season, Freedom played 35 games with the Boston Celtics and started just one of those contests.

Though Kanter may want to sue the NBA, the outcome of any potential suit likely won’t change the fact that his NBA career is seemingly over. Still, if he feels his rights were infringed upon by the NBA, he should seek out his legal options.

Only time will tell if a judge ends up agreeing with his side of the story.