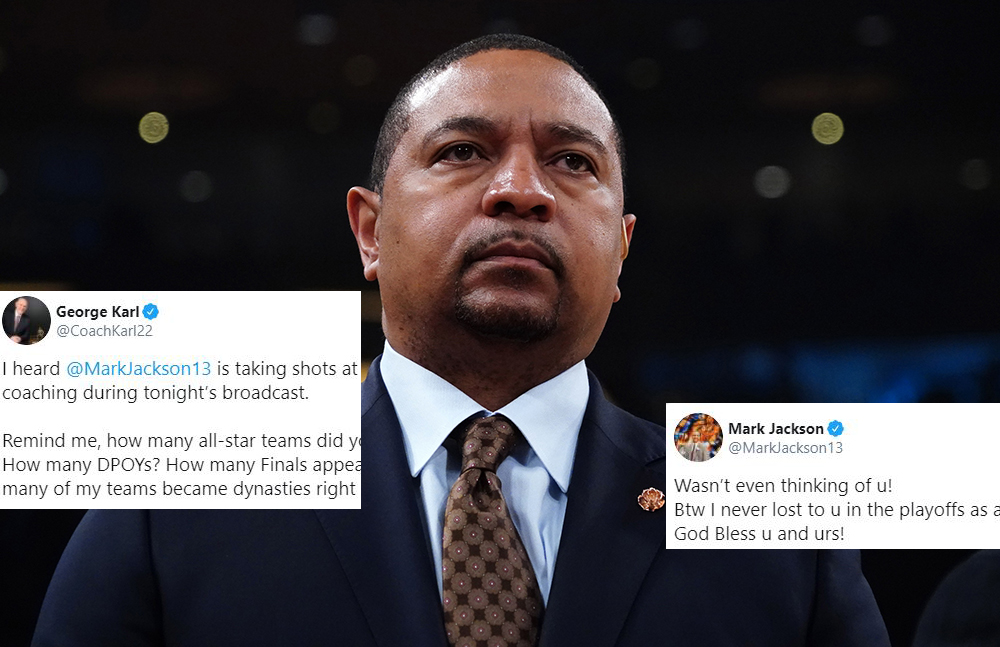 The back-and-forth stemmed from Jackson’s comments about Blazers forward Carmelo Anthony and his defense throughout his career.

Here are Mark Jackson's comments that set off George Karl, he said there should be a "shared responsibility" for anyone who "allowed" Carmelo Anthony to play bad defense in the past https://t.co/0EjzuP8P5D pic.twitter.com/xo0gLcOjD5

Jackson praised Anthony for picking up LeBron James full court. He didn’t mention Karl specifically, but he did say that anyone who had coached Anthony in the past and didn’t get him to play defense owned a “shared responsibility” for allowing him to get away with that.

Karl, who coached Anthony on the Denver Nuggets, clearly took the comments to heart.

Wasn’t even thinking of u!
Btw I never lost to u in the playoffs as a Player or as a Coach! God Bless u and urs! https://t.co/MdIPN7Z26H

Karl last coached for the Sacramento Kings during the 2015-16 season.

It’ll be interesting to see if the two former coaches will reach out to each other to resolve their spat.