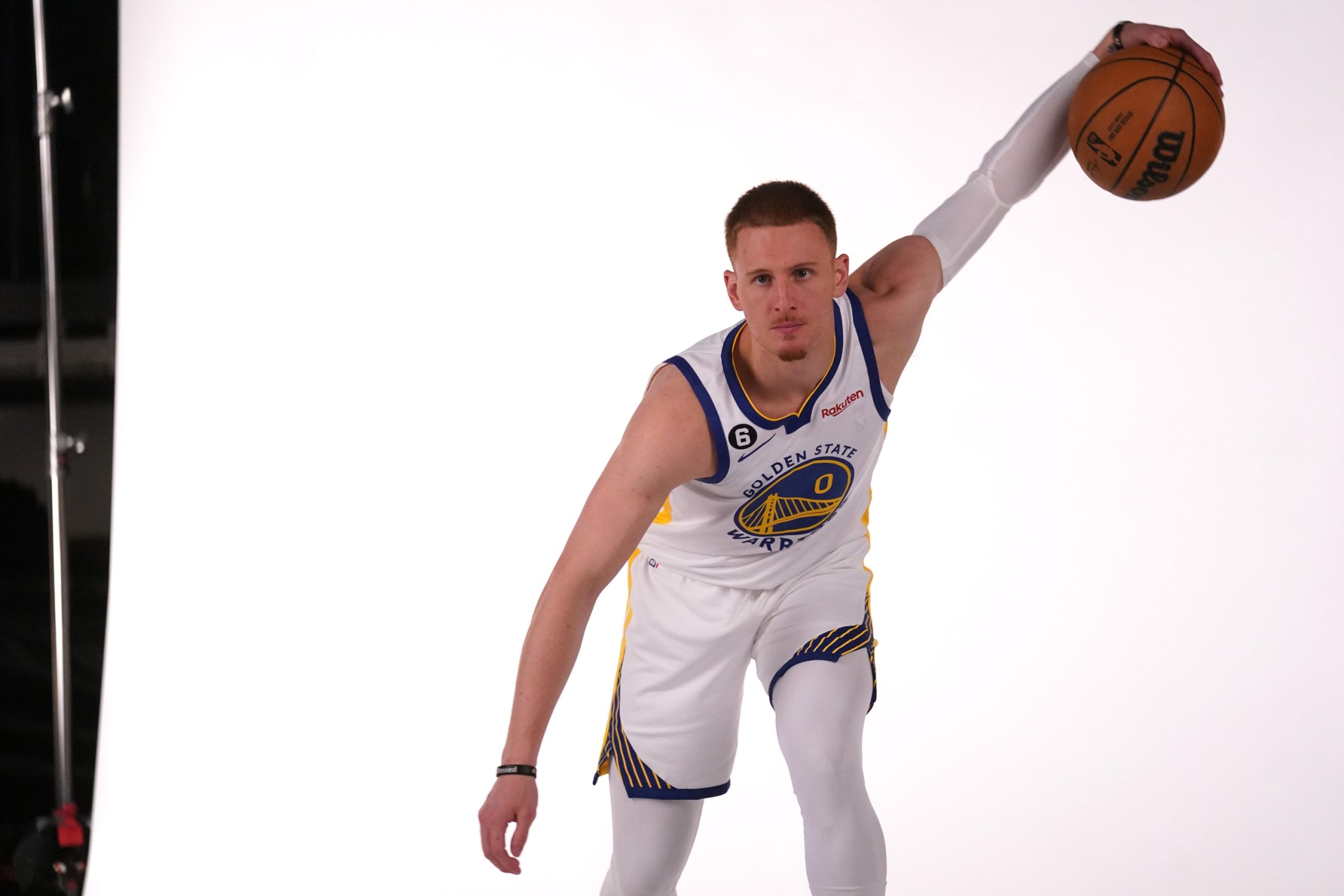 The 2022-23 NBA season will be the last for Golden State Warriors veteran Andre Iguodala.

The 38-year-old has been in the NBA for nearly two decades, and he has spent a large chunk of his career with Golden State.

Meanwhile, 25-year-old guard Donte DiVincenzo is really just getting started at the NBA level, as he has played in four seasons so far since being drafted in 2018.

Iguodala and DiVincenzo will be teammates in the 2022-23 season with the Warriors, and Iguodala recently spoke about the Warriors newcomer.

Iguodala has accomplished a lot during his time with the Warriors. He has won four titles during his NBA career, all of which have come with Golden State. The former All-Star even took home Finals MVP honors in the 2014-15 season.

Although Iguodala’s most productive seasons are certainly behind him by now, it’s clear that the Warriors still value him. He’ll look to make an impact as a veteran voice in the upcoming season.

As for DiVincenzo, the former first-round pick is looking to make a name for himself at the NBA level. Although he won a ring in the 2020-21 season with the Milwaukee Bucks, he wasn’t able to contribute much during the team’s playoff run. He suffered a torn ligament in his left ankle early in the postseason and missed the remainder of the playoffs.

He then seemingly took a step back in the 2021-22 campaign, as he saw a decrease in playing time and struggled from an efficiency standpoint. With the Warriors, he’ll look to get his career back on track.

The Warriors will open their 2022-23 season on Oct. 18 against the Los Angeles Lakers at home. DiVincenzo will surely do everything he can to make an impact for Golden State throughout the season as the team looks to win yet another NBA championship.