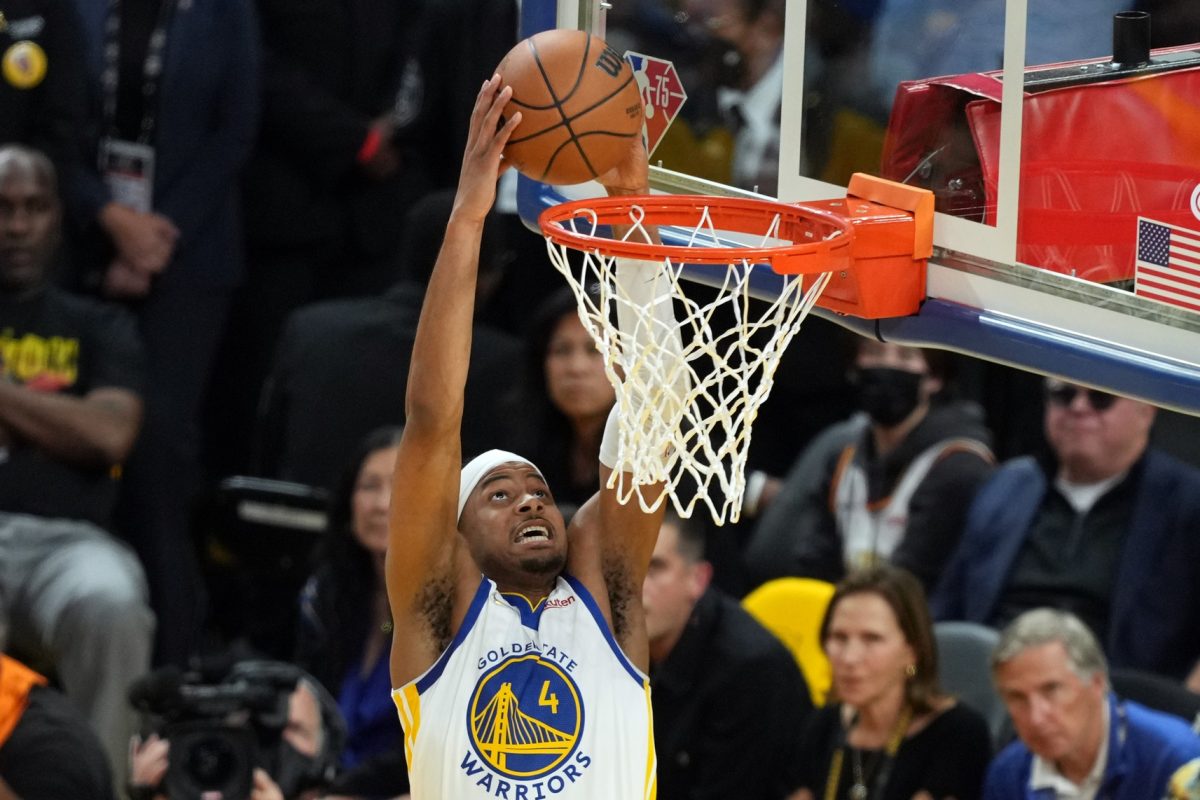 Despite dominating the NBA for so long, the Golden State Warriors have a pretty healthy balance of veterans and young players on their roster.

Of course, some of their veterans include stars like Stephen Curry, Klay Thompson and Draymond Green. However, they also have lots of young talent in players like Jordan Poole, Moses Moody and Jonathan Kuminga. Poole, Moody and Kuminga could lead the Warriors for many years after Curry, Thompson and Green call it quits.

Golden State selected Moody with the No. 14 overall pick in the 2021 NBA Draft and has high hopes for the youngster. In fact, an anonymous Warriors staffer recently talked up the 20-year-old.

“I’m telling you, [Moody’s] going to fill the stat sheet up,” the staffer told the San Francisco Chronicle‘s C.J. Holmes. “He’s just going to continue to get better and make plays.”

Due to the Warriors having such a stacked roster, Moody didn’t get too much playing time in his first season in the league. During the 2021-22 campaign, he appeared in 52 games and played 11.7 minutes per contest.

Despite not getting a ton of playing time, the University of Arkansas product was able to show off his skills a bit toward the end of the regular season.

He showed out against the Denver Nuggets in March by scoring 30 points in a game. In that contest, he connected on five of his 12 attempts from beyond the arc and also recorded three rebounds, one assist and one steal.

It’s a small sample, but Moody definitely showed what he’s capable of in that contest. The one-time champ also flaunted some of his skills during this year’s Summer League. In four Summer League contests, he averaged 19.3 points, 2.8 rebounds, 2.5 assists, 1.5 blocks and 1.5 steals per game.

He even erupted for 34 points in a loss to the New York Knicks.

It will be interesting to see if the Warriors give the youngster an increased role during the upcoming campaign as they look to repeat as champions.