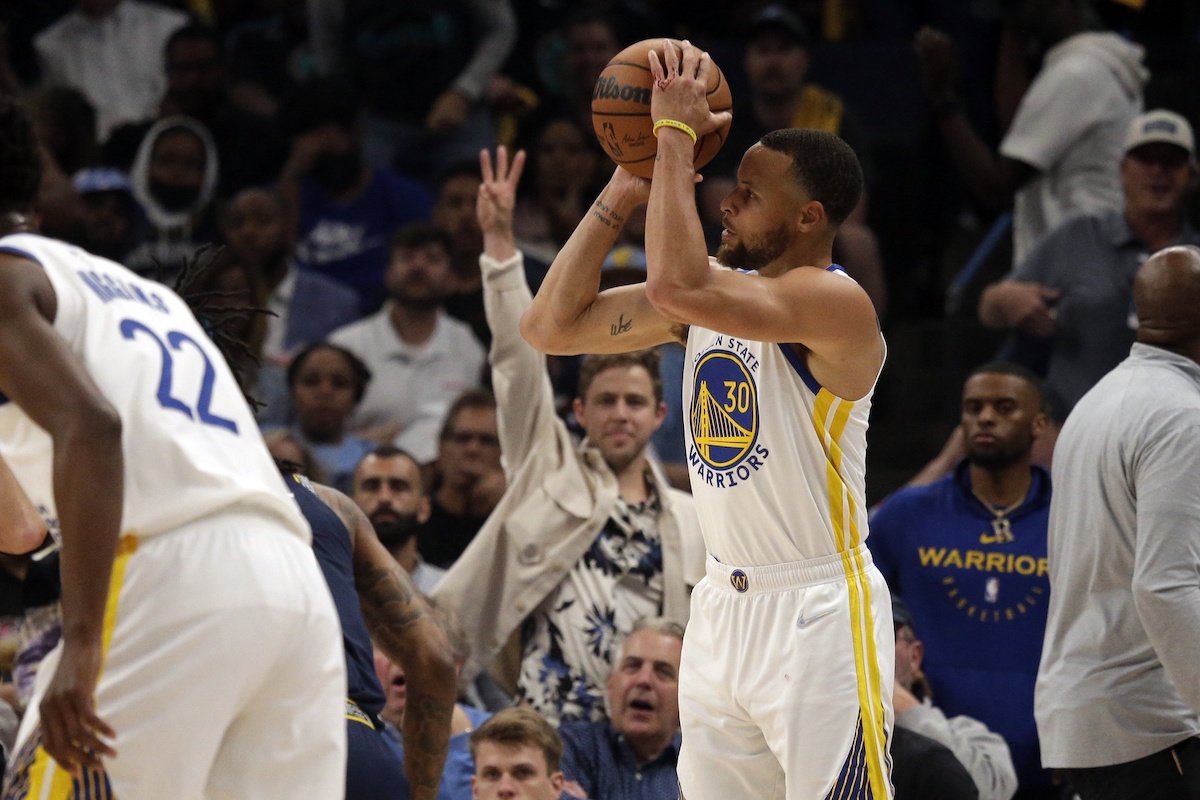 The Memphis Grizzlies and Golden State Warriors are battling in a playoff series that features a plethora of established and up-and-coming stars in the NBA.

Of course, the two faces of the series are Grizzlies star Ja Morant and Warriors star Stephen Curry. Because those stars are considered by many to be the best two players in the series, it was something of a shock when former NBA forward Antoine Walker claimed that Curry isn’t one of the two best players in the matchup.

Instead, he gave the nod to Morant and Warriors youngster Jordan Poole.

"I think Steph is the 3rd best player in the series. I think it goes Ja Morant, Jordan Poole & then Steph Curry. Jordan Poole is the best player on the Warriors right now." — @WalkerAntoine8 pic.twitter.com/Y8JcqoDlgP

In the series so far, all three players are putting up impressive numbers. Morant is scoring the most and has put up 40.5 points, 9.0 assists and 8.5 rebounds per game over the first two games of the series.

It was on full display in the Warriors’ gutsy Game 1 win, which gave Curry and his teammates home-court advantage in the series. With seconds remaining on the clock in the game, Morant went up for a layup. Curry, who is not known as a defensive dynamo, managed to stay in front of the shifty guard and get a hand on the ball for a clean block.

Though Morant did ultimately get another try to hit a game-winning shot before time expired, the attempt missed. Curry’s block on the young guard certainly made an impression.

Now, with the series tied 1-1, there are sure to be many opportunities for Curry to prove to Walker and everyone else that he remains one of the best players in the NBA.