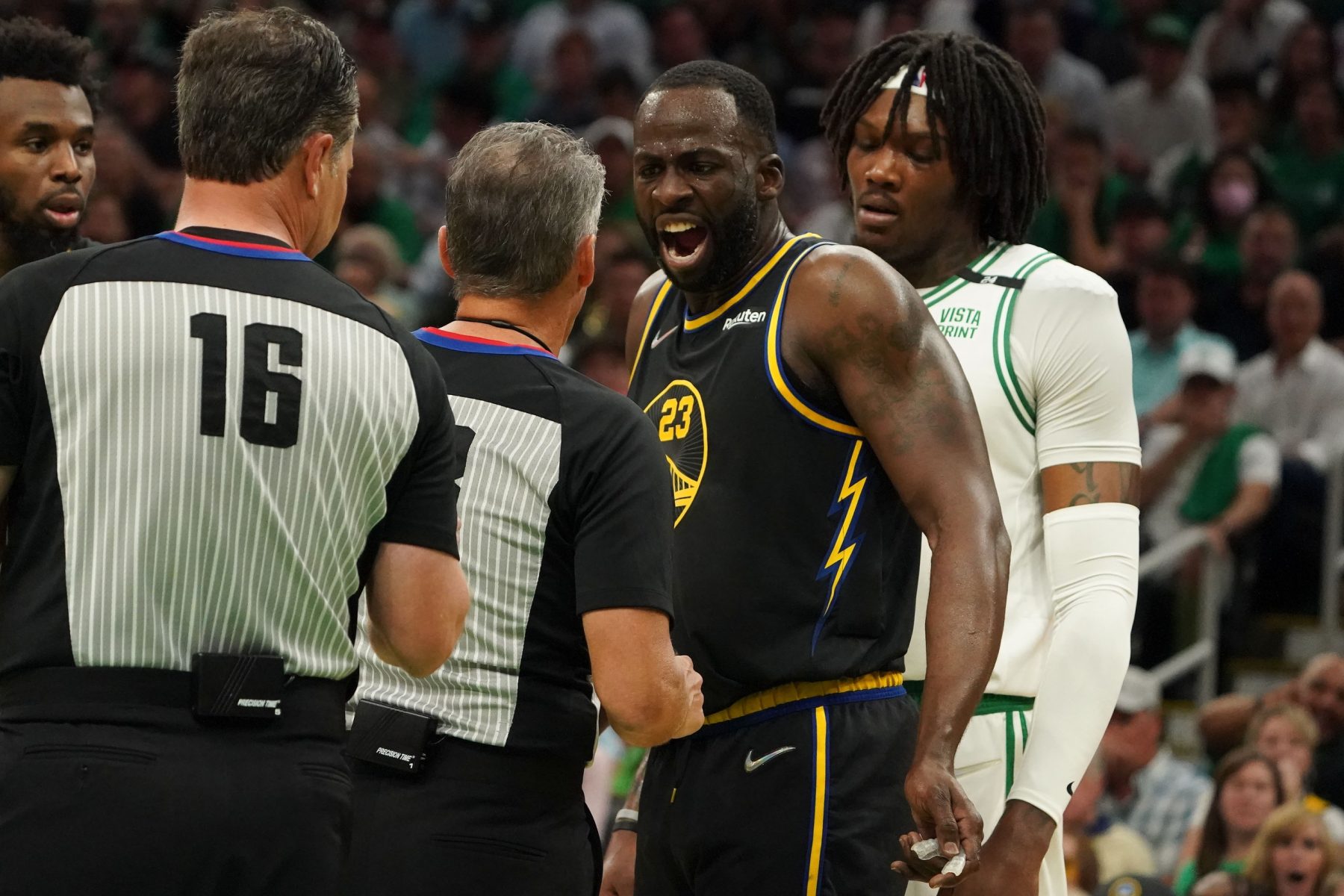 Golden State Warriors forward Draymond Green and New Orleans Pelicans guard C.J. McCollum both have interesting career paths, as they are both NBA players who spend time as active members in the media as well.

McCollum and Green both have podcasts, and McCollum has appeared on ESPN during the NBA Finals to share his analysis.

Both players shared a conversation they had after Game 3 of the NBA Finals with Yahoo! Sports’ Chris Haynes.

McCollum wanted to alert Green that he picked the Boston Celtics to beat the Warriors in the NBA Finals, and Green had an amazing comeback in response.

“I’ve got to tell you this. I picked Boston to win Game 3, I picked you guys to win Game 4. But ultimately, I’ve got the Celtics winning the Finals,” McCollum told Green. “I just want you to hear it from me first before you hear me say it on TV.”

Green, without hesitation, responded, “That’s fine. Those Celtics will still be ringless just like you. Respect.”

Haynes reported that Green walked off smirking. The three-time champion clearly knew there was nothing McCollum could say back to that.

“Damn, that was a good ass comeback,” McCollum said to himself as he watched Green mosey on. “But, hey, he heard it from me.”

While Green may have been confident in his team when he had this conversation with McCollum, the Warriors have been unable to live up to his statement so far in the NBA Finals.

Golden State is trailing the Celtics 2-1 in the series and will have to play Game 4 in Boston on Friday night. Green has struggled in the series, and he fouled out of Game 3.

McCollum and Green clearly respect each other, but Green will have to start playing better on the court if he wants McCollum’s NBA Finals prediction to be incorrect.