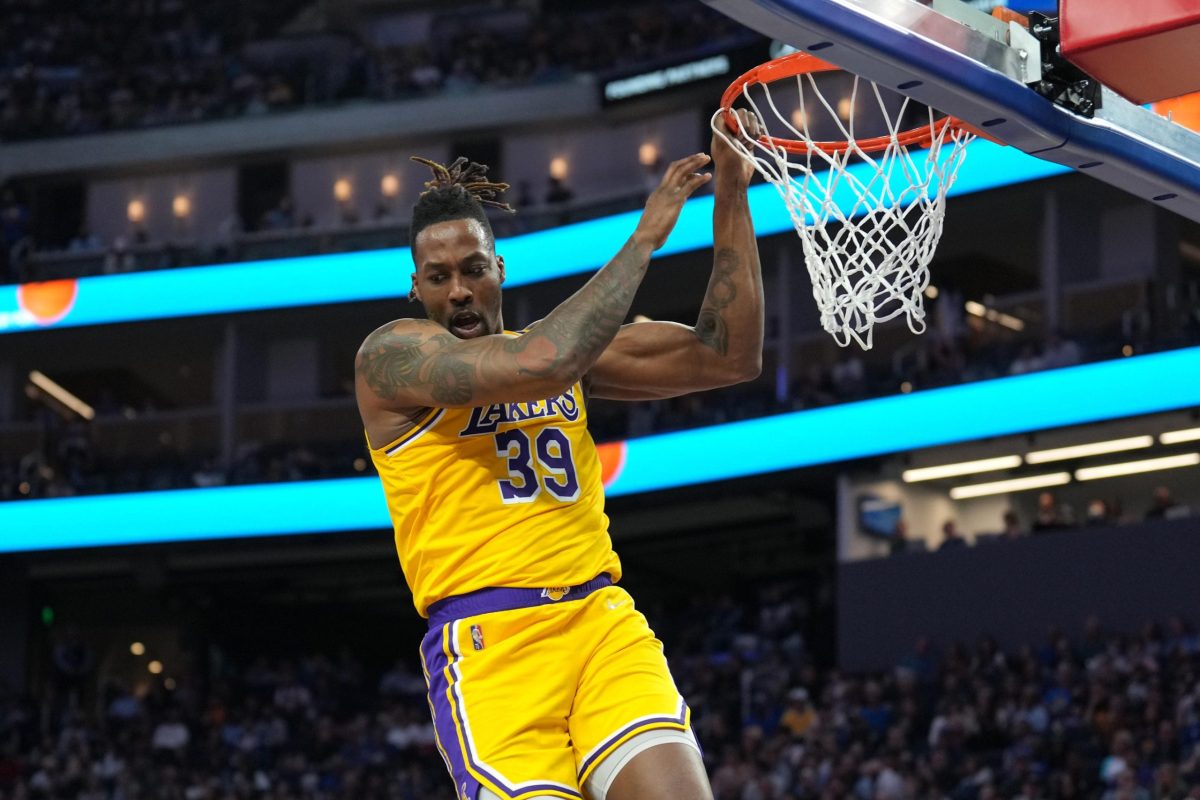 NBA veteran Dwight Howard is currently without a home in the league.

The 36-year-old has played for seven different organizations throughout his career and was a member of the Los Angeles Lakers last season, but right now, he’s a free agent.

It certainly seems like Howard wants to keep playing, and he recently expressed major interest in joining the Golden State Warriors.

He explained why he’d be a valuable addition for the squad.

Should the warriors get Dwight Howard he wants to mentor James wiseman 👀 pic.twitter.com/wNpwhEYj3W

“Oh man, that’s perfect,” Howard said regarding the idea of joining the Warriors. “I’ve been a Warrior my whole life. I started out at my school as a Warrior. They need a big. I know they have Kevon Looney, and I know they have the young boy [James] Wiseman, but I’m Dwight Howard. Wiseman can learn so much from me because he’s headed in that direction of being a great big man, you know what I’m saying?

“So I feel like even in that situation, playing with all shooters like that, Steph [Curry], the way he’d get open with me setting screens, he’s going to get more wide open. Klay [Thompson] the same way. Draymond [Green] in the pick-and-roll with me and him. Me being able to teach Wiseman how to play defense, how to block shots. … There’s a lot of things that I can really teach him.”

With the way the Warriors’ season has gone so far, they could use a little boost. It’s early, but the team is just 3-4 through its first seven games.

Golden State certainly has enough talent to get things moving in the right direction, but that doesn’t mean Howard wouldn’t be a valuable addition. He definitely did a solid job of pitching himself to the Warriors during his conversation with Shannon Sharpe.

Howard averaged 6.2 points and 5.9 rebounds per game during the 2021-22 season. His best seasons are behind him from a statistical standpoint, but he’s still capable of making an impact as a veteran leader and depth piece.

Of course, during his prime years, Howard was a nightmare for opposing teams to deal with. At one point in his career, he earned eight consecutive All-Star selections.

During that stretch, he averaged 19.5 points, 13.3 rebounds and 2.3 blocks per game while shooting 59.0 percent from the field.

Howard mentioned to Sharpe that he would love to “go out on top” and “get a parade like I deserve.” The three-time Defensive Player of the Year did win an NBA title in the 2019-20 season with the Lakers, but the team didn’t get a championship parade due to the COVID-19 pandemic.

Still, Howard will always be able to say that he accomplished the ultimate goal of winning an NBA title thanks to his run with the Lakers that season. Time will tell if he adds another ring to his resume before deciding to call it quits on his basketball career.