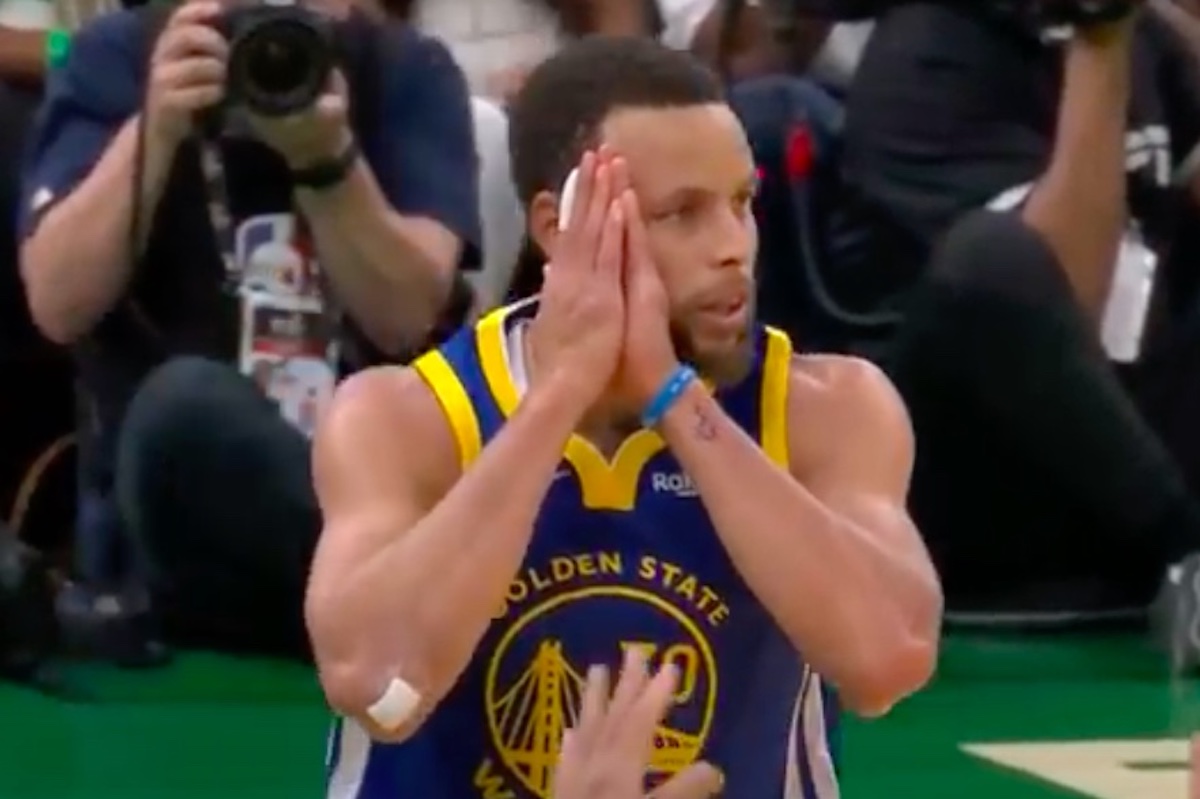 Golden State Warriors superstar Stephen Curry is one of the biggest names in the NBA, and he’s managed to make a lot of money off of his likeness.

Now, it looks like he’s going to start making some money off of his most recent catch phrase as well.

During the first round of the 2022 NBA Playoffs, Curry debuted his “night night” move by resting his head on his hands like a pillow to signify that he had closed the curtains on a game.

He used it throughout the postseason, and the superstar has now trademarked the phrase.

10 days after the NBA Finals, @SC30inc filed trademark paperwork for the phrase “Night Night” — to be used, as expected, in footwear & apparel.

The filing also could extend to as many as 35 product categories, like bedding, glassware, boxing equipment & alcoholic beverages. https://t.co/RPMnuznTUb

These days, nothing is too obscure for NBA stars to draw upon when creating new looks on signature sneakers or apparel. Moreover, the two-time MVP has been one of the best players in recent memory when it comes to being able to cultivate a beloved image amongst fans.

After all, it’s likely pretty easy for Curry to be so loved considering he’s one of the greatest players of his generation.

During the 2022 NBA Playoffs, Curry’s “night night” move was not the only new aspect of his title chase with the Warriors. This past season also marked the first time that Curry was named Finals MVP despite the fact that it was his fourth championship.

Throughout the playoffs, Curry averaged an incredible 27.4 points, 5.9 assists, 5.2 rebounds and 1.3 steals per game. He was deadly game in and game out and really helped lead his team to the promised land.

Surely, it won’t be long before fans see the new phrase on a lot of Curry’s apparel.