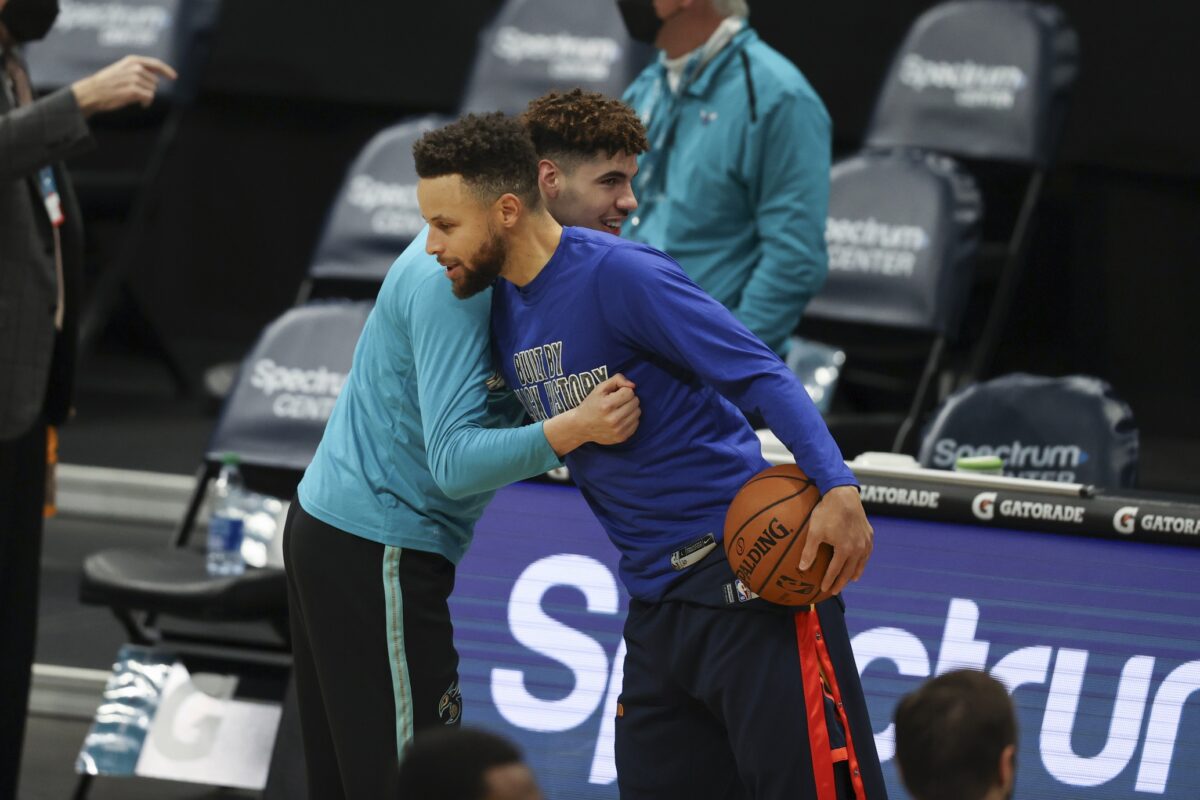 The Golden State Warriors told LaMelo Ball that they were going to draft him with the No. 2 overall pick in the 2020 NBA Draft, according to Jalen Rose.

Jalen Rose: “The night of the draft, the Golden State Warriors told LaMelo Ball they were going to take him [at #2] and they didn’t do it.”

Golden State ended up selecting center James Wiseman with the No. 2 pick, and Ball was drafted by the Charlotte Hornets at No. 3.

The Warriors already have superstar point guard Stephen Curry, but Ball would have been an interesting pairing alongside Curry and Klay Thompson.

However, the Warriors must’ve had a change of heart to go with Wiseman over Ball.

The Hornets rookie is having a solid first season, as he is averaging 15.8 points, 6.0 rebounds and 6.3 assists per game.

As for Wiseman, he is averaging 11.8 points and 5.9 rebounds per game.

Both players have looked like the real deal as rookies, but Ball could make the Warriors regret their decision if he goes on to have a better career than Wiseman does.