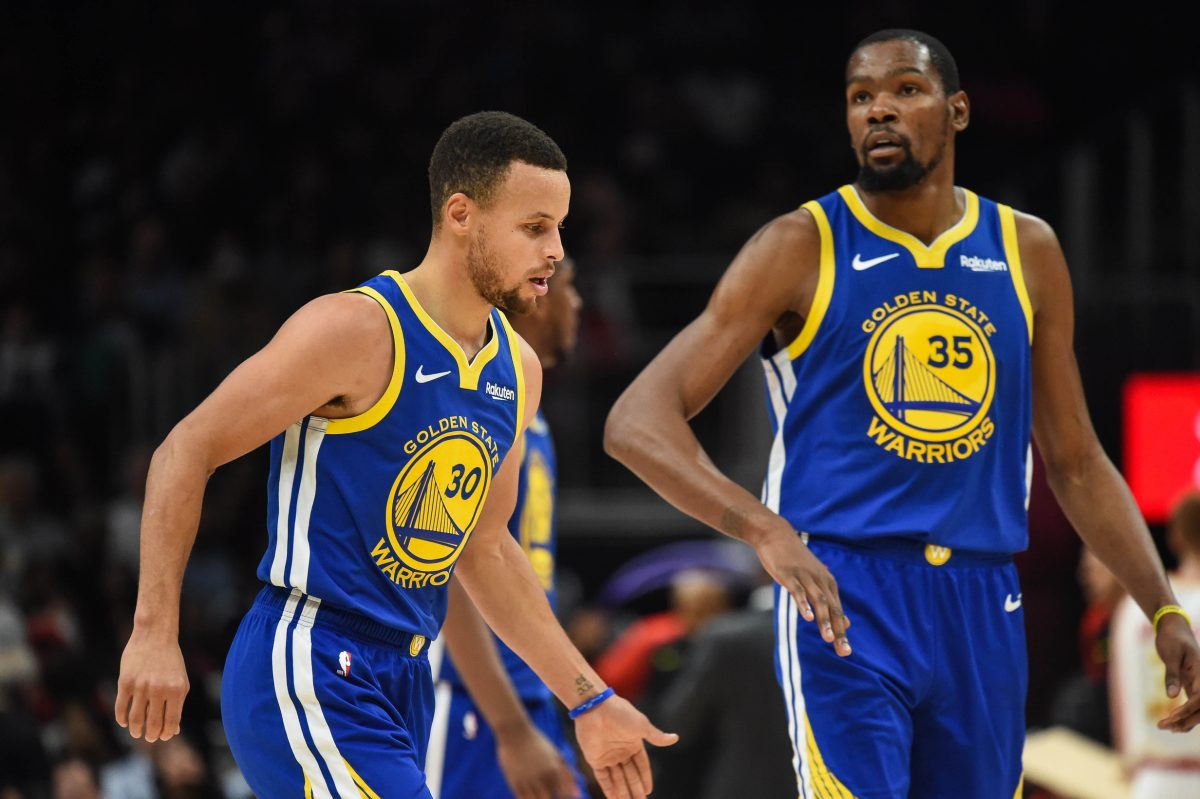 During a recent conversation between Andre Iguodala and former NBA player Evan Turner, Turner made it quite clear how he feels about the iconic Golden State Warriors squads that were helmed by Kevin Durant, Stephen Curry and Klay Thompson.

Him joining that squad was seen as unfair by many because Durant, one of the best players in the league, was joining one of the league’s best teams. Turner bluntly broke it down during a recorded conversation.

Evan turner is just saying what everyone thinks with all due respect pic.twitter.com/OguN1tTtny

“Y’all won a lot of championships, but it was lame as f—,” he said. ” … I’m talking about when you lame a– n—– did that for two or three straight years. That was lame as f—. Word to mother, I would never go recruit no K.D. I don’t give a damn who was there.”

It wasn’t long before Durant himself responded to Turner’s video. A fan tweeted about it, and then Durant appeared in the tweet’s mentions.

Through the years, Durant has been known to respond to those who doubt him on social media. For the most part, people attribute it to Durant having a thin skin. Through his response, it is certainly easy to understand why.

During Durant’s three-year stint with the Warriors, the team won two NBA Finals with relative ease. They beat the Cleveland Cavaliers in both matchups.

In 2019, the Warriors advanced to the NBA Finals once again, but injuries to both Durant and Thompson derailed the team’s shot at a three-peat. That offseason, Durant opted to part ways with the Warriors and ended up with the Brooklyn Nets.

That’s where he now remains.

This season, Durant is making it clear that he is serious about trying to win a title outside of Golden State. Though the Nets started the season out in a rough way, they are now surging in the standings and seem to be one of the best teams in the league.

Only time will tell if Durant will manage to win a title this season.