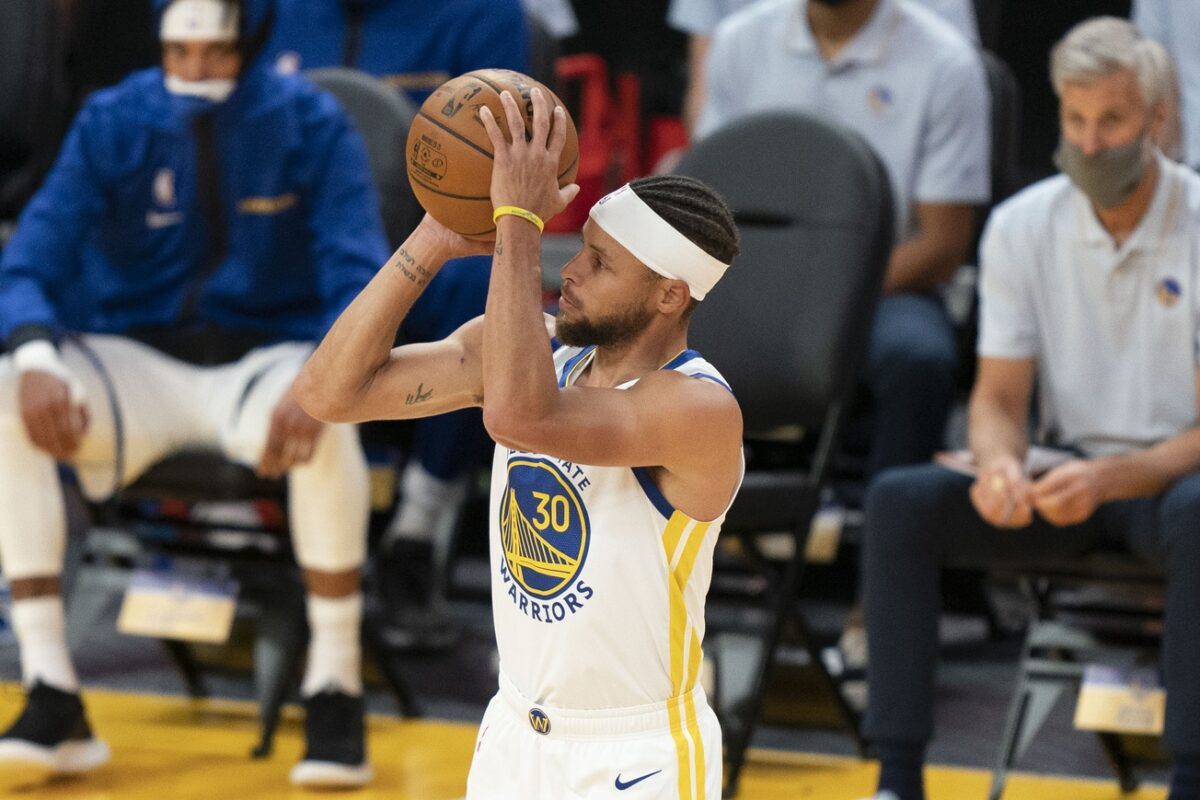 The Golden State Warriors are expected to have a resurgent 2020-21 campaign after finishing with the worst record in the NBA last season.

However, one Eastern Conference executive doesn’t believe the Warriors have a shot at making the playoffs.

“I think they have almost no shot at the playoffs,” the exec told Tim Bontemps of ESPN.com. “Unless Draymond [Green] has a renaissance, Steph (Stephen Curry) might be everything that he’s ever been and they still might not make the playoffs.”

Last season, Curry missed the majority of the year with a hand injury.

Now, he is fully back into shape. Curry looked healthy in the Warriors’ first preseason game on Saturday.

As a matter of fact, Miami Heat legend Dwyane Wade was blown away by the two-time MVP’s shooting just before Saturday’s contest.

Over the course of his career, Curry has averages of 23.5 points, 4.5 rebounds and 6.6 assists per game. He’s also shot 43.5 percent from downtown in his career. He’s helped guide the Warriors to three championships since 2015.

While the Warriors will be without sharpshooter Klay Thompson this upcoming season, they will have newcomers Kelly Oubre Jr. and rookie James Wiseman. In addition, the Warriors still have Green and Andrew Wiggins on the roster.