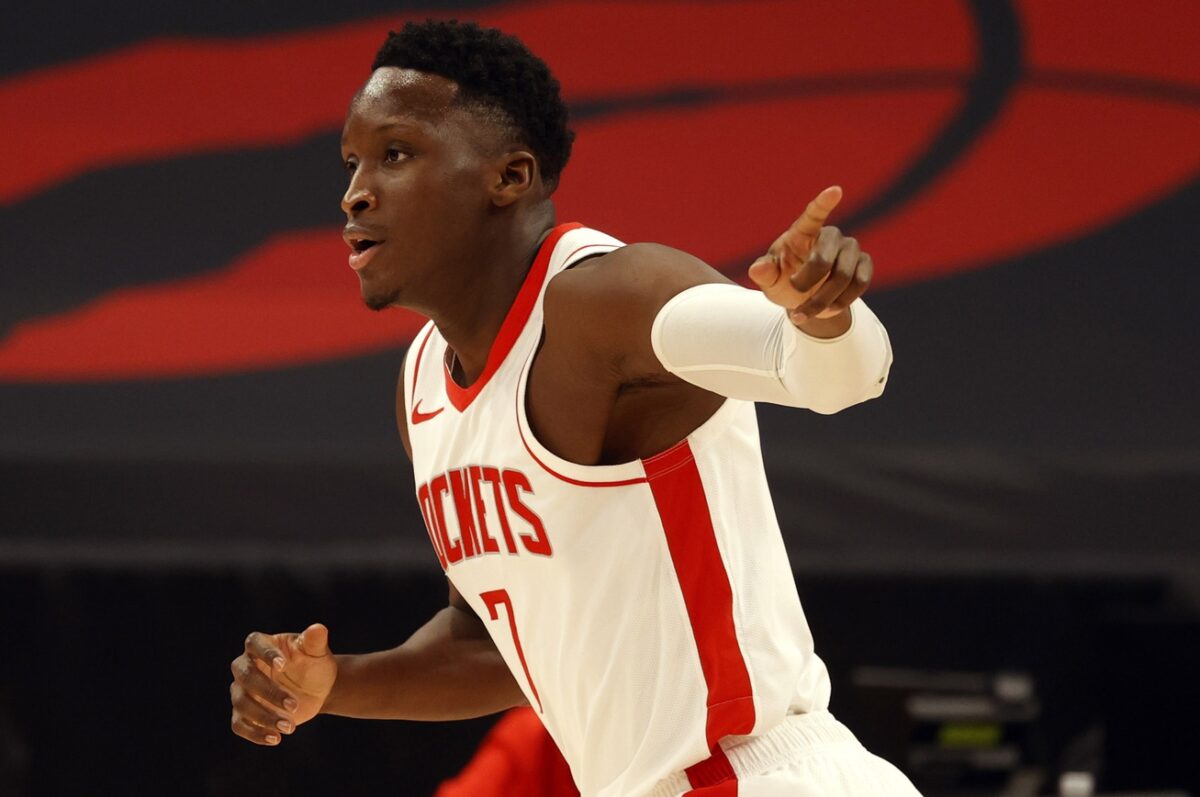 The Golden State Warriors reportedly have interest in acquiring Houston Rockets guard Victor Oladipo ahead of the March 25 trade deadline.

“League sources say the Warriors have interest in acquiring Rockets guard Victor Oladipo,” The Ringer’s Kevin O’Connor wrote. “The former [Indiana] Pacer has been up and down in his second season following a major knee injury, averaging 20 points on only 39.9 percent from the field. Golden State would not have the cap space to pursue him this summer, so the time to pounce would be now. Houston can’t demand too much in a deal given Oladipo has underwhelmed and will become an unrestricted free agent. Plus, Golden State wouldn’t have a whole lot to offer. Because of picks owed elsewhere, the Warriors are able to deal up to just two first-round picks: one from 2021 (via Minnesota) or 2022, and one from 2026 or 2027.”

The Warriors are 19-18 this season and are the No. 9 seed in the Western Conference.

Oladipo would give them another wing scorer alongside Stephen Curry, but it is unclear if the Warriors would need to trade Kelly Oubre or Andrew Wiggins in order to match salary to acquire Oladipo.

However, he hasn’t shot the ball as well as he did in his back-to-back All-Star campaigns a few seasons ago.

Golden State could see Oladipo as a vital piece to a playoff push, and if it intends to keep him long term, then it may make sense to acquire him before he hits the open market.