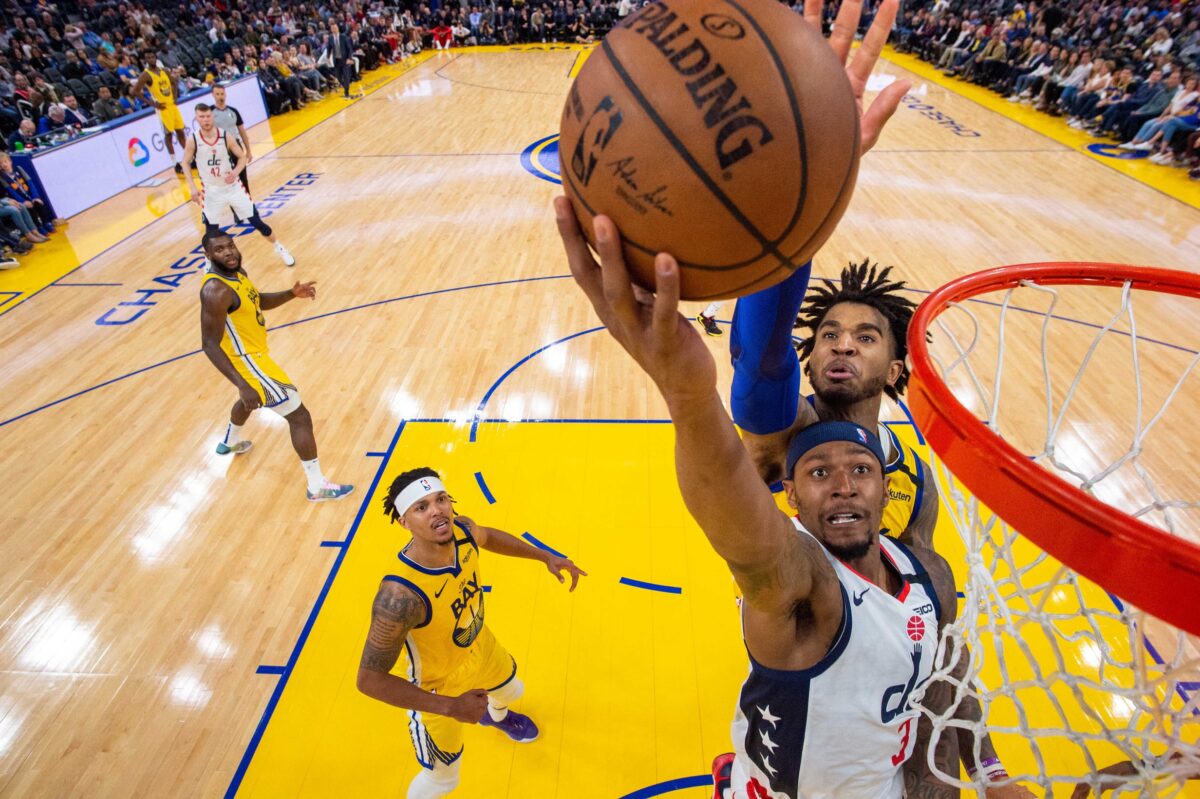 The Golden State Warriors hope to bounce back with a vengeance during the 2020-21 NBA season and may have found the star player they want to target on the trade market.

Bradley Beal has repeatedly said that he doesn’t want to leave the Washington Wizards, but his name continues to surface in trade rumors. ESPN’s Brian Windhorst mapped out how a deal could get done recently on his podcast.

“The trade there is pretty simple,” Windhorst said  “Andrew Wiggins is involved from a salary standpoint. And then it would be the No. 2 pick in this year’s draft, the [Minnesota] Timberwolves pick next year, and then I also included Minnesota’s second-round pick next year — which I anticipate to be a very good selection.”

Beal is coming off the best year of his NBA career with the Wizards averaging 30.5 points, 6.1 assists and 4.2 rebounds per game. The 27-year-old also shot 45.5 percent from the floor and 35.3 percent from beyond the arc.

The Wizards star showed that he could get the job done on his own, putting up these impressive numbers without playing alongside John Wall in Washington. Wall suffered a ruptured Achilles tendon, which kept him out of the entire 2019-20 campaign.

If the Warriors are truly intent on adding another star to their roster, Beal is an intriguing choice. It remains to be seen what Golden State will do this offseason as they try to get back to form as a legitimate title contender with Stephen Curry and Klay Thompson leading the way.