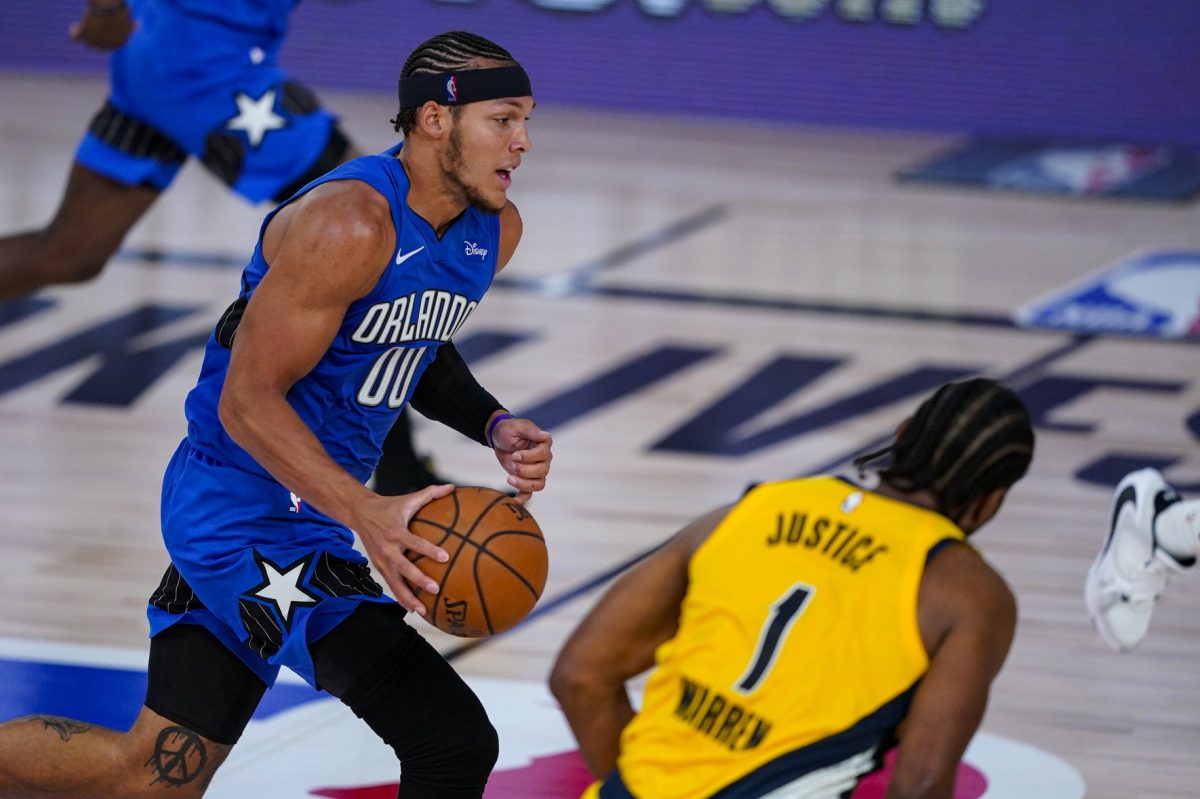 One team that isn’t in the NBA’s bubble is the Golden State Warriors.

Given the fact that the Warriors have advanced to the last five NBA Finals, it is quite a noticeable absence.

While the 2019-20 season was not kind to the defending Western Conference champs, the organization surely has every intention of rejoining the top tier of the NBA next season.

According to one report, part of that goal may include acquiring Orlando Magic forward Aaron Gordon.

“There’s been a little smoke on the Warriors and Gordon front,” Anthony Slater of The Athletic wrote on Wednesday. “He’s about to finish his sixth season in Orlando and it’s starting to feel as if that partnership has become stale.”

Slater also broke down what could be a potential deal between the two teams in order to move Gordon from Orlando to the Bay Area.

“What would it take to get him?” he wrote. “The Warriors, in this hypothetical, could offer the [James] Johnson expiring contract and either young talent (like an Eric Paschall or whomever they draft with their upcoming top-five pick) or a future first-rounder. Minnesota’s 2021 first-rounder, owned by the Warriors, is appetizing to other franchises.”

The addition of Gordon would make the Warriors a very interesting team entering next season. So far this year, the University of Arizona product is averaging 14.4 points, 7.7 rebounds and 3.7 assists per game.

His ability to bully opponents inside with his size and athleticism could work very well with the Warriors’ ability to stretch the court and shoot from outside.

No matter what the Warriors do this offseason, their offense will still go through Stephen Curry and Klay Thompson next year.

Whether or not they try to add Gordon as another big name on their roster remains to be seen.