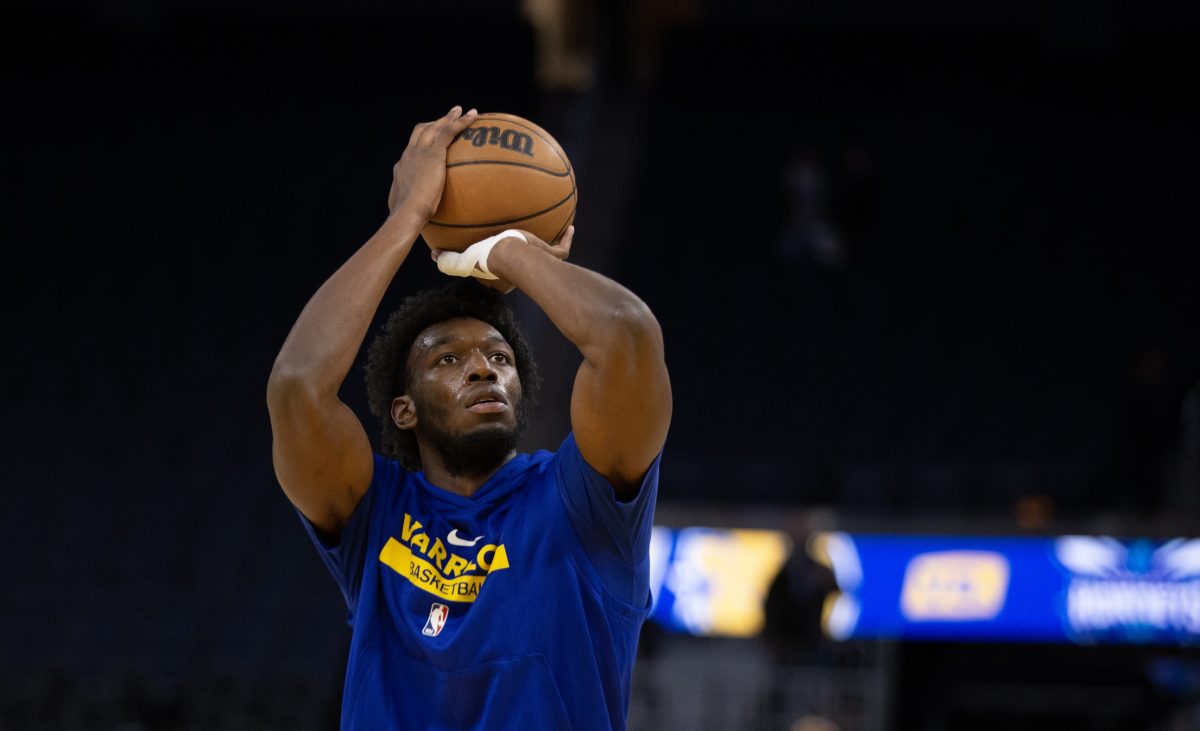 Big man James Wiseman’s career has been filled with plenty of ups and downs, but it seems like the Golden State Warriors aren’t ready to give up on him.

“This is also why [Jonathan] Kuminga, Wiseman and [Moses] Moody remain likely to be with the Warriors beyond the deadline,” wrote The Athletic’s Anthony Slater. “They aren’t actively shopping their three recent lottery picks, according to those sources with knowledge of the Warriors’ thinking. That isn’t to say they couldn’t be moved in the right deal, but a rival team hoping to obtain them would be searching to get Moody or Wiseman on a bargain, and the Warriors aren’t in sell-low mode.”

It seemed like things were really going to pick up for Wiseman after his 30-point performance against the Brooklyn Nets in late December, but he injured his ankle in a team scrimmage later in the month and hasn’t appeared in a game since.

The former No. 2 overall pick from the 2020 NBA Draft was a powerful force against the Nets, imposing his will down low and going 12-for-14 from the field.

In 19 games this season, the 21-year-old is putting up 6.8 points and 3.6 rebounds per contest while connecting of 60.9 percent of his shots from the field.

Should he be able to fully recover from his ankle injury and get back into a groove, he could end up playing an important role for the Warriors in the postseason.

A solid postseason from Wiseman might be enough to convince the franchise that it should give him a new deal in the offseason, which is when he’ll be eligible for an extension.

Golden State is currently in seventh place in the Western Conference with a 22-22 record. It is just one game back of the Dallas Mavericks in fifth place.

The Warriors’ main struggles have come on the road, as they are just 5-17 when they play outside of Chase Center, where they have a 17-5 record. Their road record is the second worst in the entire league.

They’ll have to improve on that if they want to have any chance of making some noise in the postseason. It would be very odd to not see the Warriors in the playoffs. Since the 2012-13 season, the franchise has only missed the playoffs twice.

One can only wonder what moves the Warriors will try to make ahead of the trade deadline. They’re reportedly interested in Boston Celtics guard Payton Pritchard.

The Golden State Warriors have shown interest in Payton Pritchard, per @BrianTRobb pic.twitter.com/HnYbkshr62

Pritchard has seen his role with the Celtics decrease this season, so they might be willing to ship him away. The Celtics and Warriors are set to face off against each other on Thursday night.