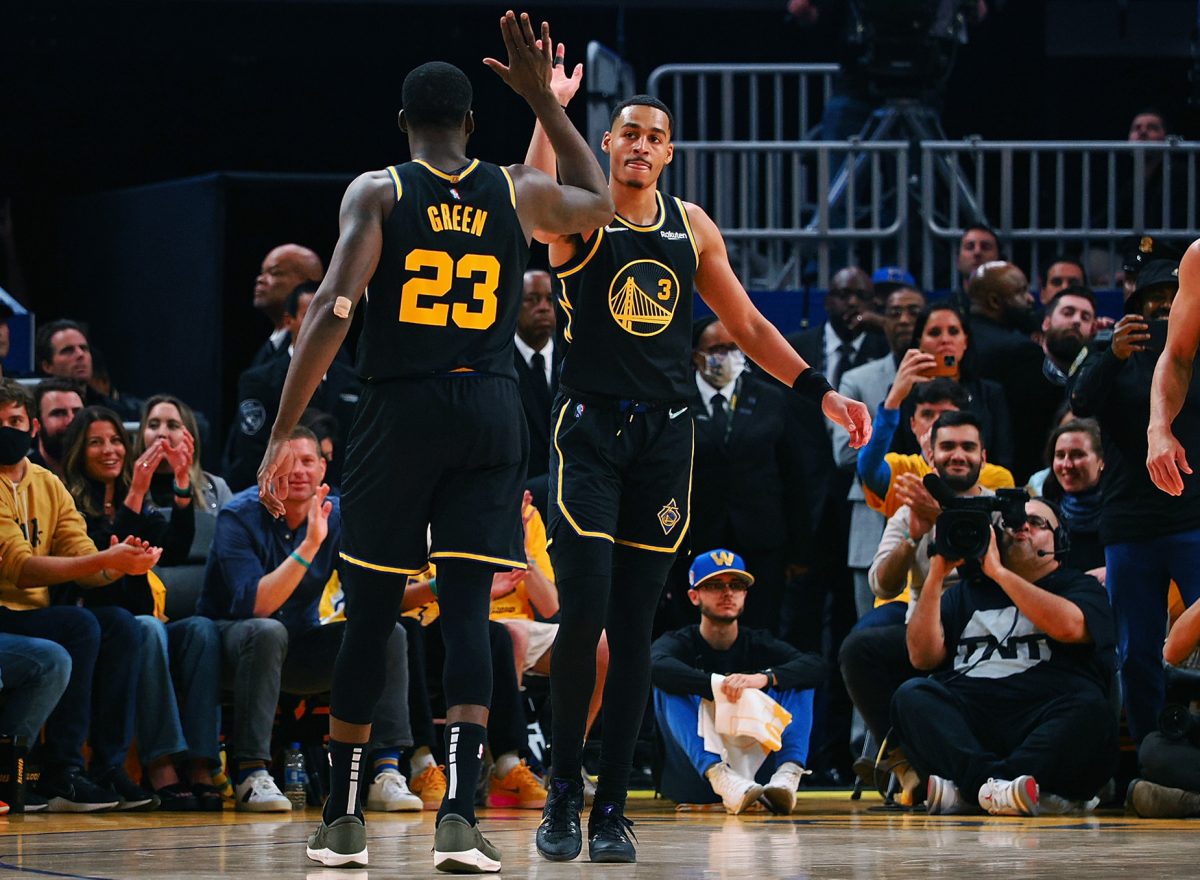 The Golden State Warriors decided to not suspend forward Draymond Green for his altercation with guard Jordan Poole during a recent team practice. Green punched Poole after it appeared the two had a verbal argument.

According to ESPN’s Marc J. Spears, Poole did not believe the team needed to suspend Green for his actions. Warriors head coach Steve Kerr revealed recently that Green was fined for his transgressions.

Here is Steve Kerr’s full statement on the Draymond Green punishment. Fine not a suspension. Called it the “biggest crisis” they’ve faced since he’s been with Warriors. pic.twitter.com/xao83wrfT2

Poole and Green reportedly met, which played a role in the team deciding not to suspend the veteran forward.

Spears revealed that the players wanted management to make that decision, and with what the players thought, the organization ultimately determined that Green wouldn’t face a suspension. It makes sense that his teammates wouldn’t want to reprimand him, as they rely on him in a big way on the defensive end of the floor.

The Warriors are now trying to move forward from the incident and turn their focus to their season opener against the Los Angeles Lakers on Oct. 18.

Last season, Golden State won the NBA title, showing that the core of Green, Stephen Curry and Klay Thompson is still one of the best in the NBA.

Poole was also an integral part in Golden State’s success, as he had the best season of his NBA career. During the 2021-22 campaign, the University of Michigan product averaged 18.5 points, 3.4 rebounds and 4.0 assists per game while shooting 44.8 percent from the field and 36.4 percent from beyond the arc.

Poole, who is eligible for a contract extension, has a chance to cash in big time following the deals that Tyler Herro, RJ Barrett and Anfernee Simons received this past offseason.

Now that Green is expected to be with the team to start the 2022-23 campaign, the Warriors have another NBA Finals run on their mind with this current core.