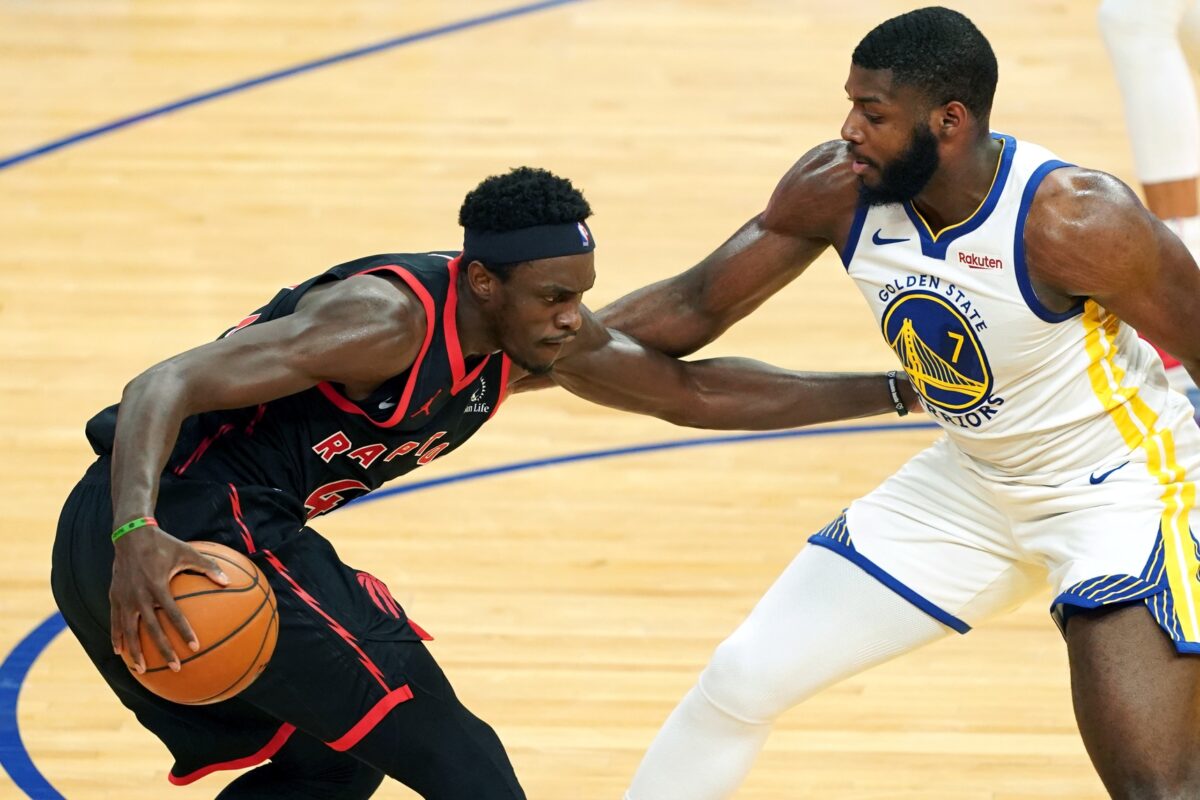 According to a recent report, the Golden State Warriors are going to entertain the idea of trading away 20-year-old James Wiseman and the No. 7 pick in the upcoming draft to add some immediate upgrades to their roster.

“Golden State assured itself of an additional first-round pick when Minnesota failed to land in the top three on lottery night,” wrote John Hollinger of The Athletic. “The Warriors now have the seventh and 14th picks plus last year’s second overall pick, James Wiseman, and there is a widespread expectation that the Warriors will use No. 7 and Wiseman, in particular, to seek more immediate upgrades to the roster. One name to watch: Pascal Siakam.”

The Warriors are in a unique situation in the sense that they lost in the play-in tournament this season but are expected by many to be title contenders next year. The biggest reason is the return of Klay Thompson.

It has now been two full seasons since the elite shooter appeared in an NBA game.

When he returns, the dynamic duo of Thompson and Stephen Curry will likely be enough to propel Golden State to an easy playoff bid. If the team adds some elite talent this offseason, the Warriors could be looking at a very exciting 2021-22 campaign.

Trading away Wiseman would be punting on a talented player who had a difficult rookie campaign. He averaged 11.5 points and 5.8 rebound per game. Those are serviceable numbers, but as a center, he shot just 51.9 percent from the field. He was widely regarded as a disappointment this past regular season.

As for Siakam, he would be a key addition to a Warriors team that could use some help in the frontcourt.