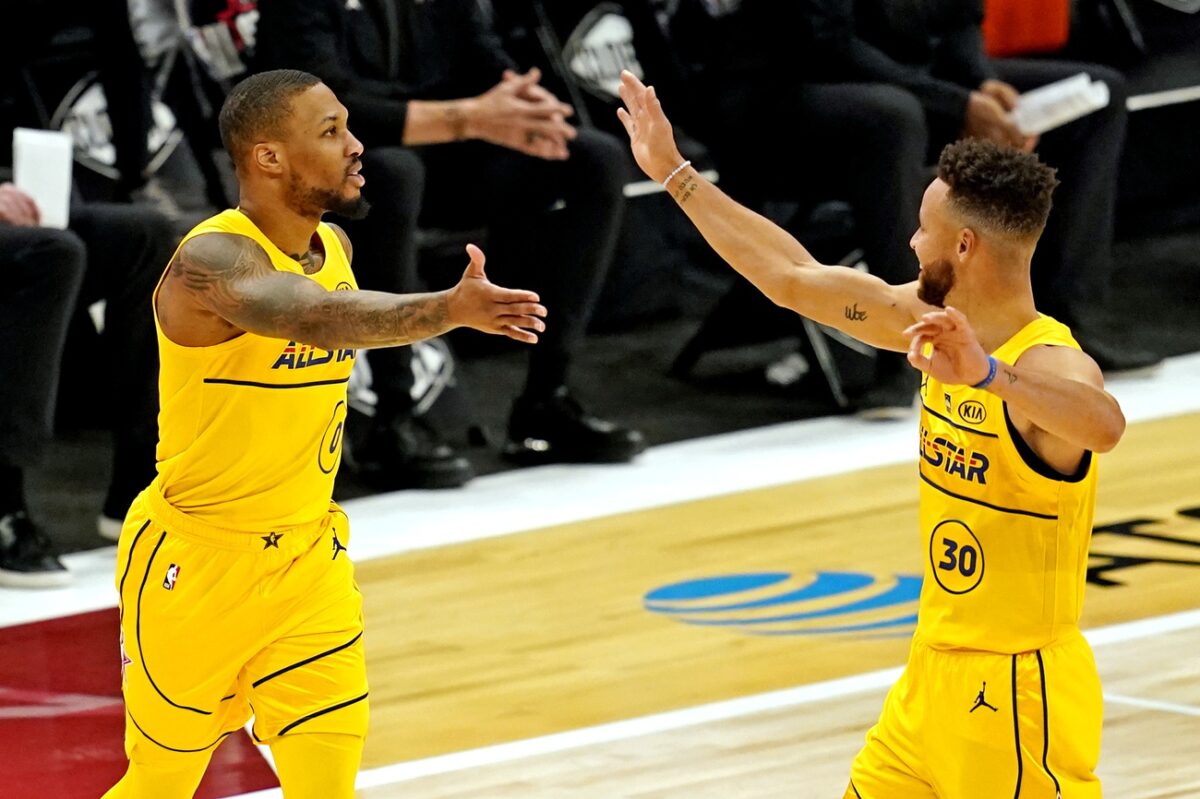 According to a recent report, the Golden State Warriors have already kicked around the idea of trading for Portland Trail Blazers superstar Damian Lillard.

“Would the Warriors get involved? Yes,” wrote Anthony Slater of The Athletic. “They’d make a call and have already internally discussed the idea, as I’m sure most contenders have, considering the rising smoke out of Portland.

“Their theoretical offer would be competitive. If the Blazers decided to trade Lillard, a complete rebuild seems like the wisest path and there aren’t many better rebuilding trade packages dangling out there right now than James Wiseman, the seventh and 14th pick in the upcoming draft, plus more future firsts, attached to Andrew Wiggins as salary match filler. The [Oklahoma City] Thunder and other teams may have a more appealing basket of picks, but why would they spend them on a star on the wrong side of 30?”

Moreover, the Warriors would become arguably the most lethal shooting team in NBA history. Lillard is coming off of a 2020-21 campaign in which he averaged 28.8 points, 4.2 rebounds and 7.5 assists per game. He shot the ball at a 45.1 percent clip from the field and a 39.1 percent clip from 3-point range.

With Curry, Thompson and Lillard all capable of knocking down deep shots from virtually anywhere on the court, Golden State would be a nightmare to defend.

It was previously reported that Lillard was unhappy with the way the Trail Blazers’ coaching search unfolded. It could ultimately be the reason he is traded.