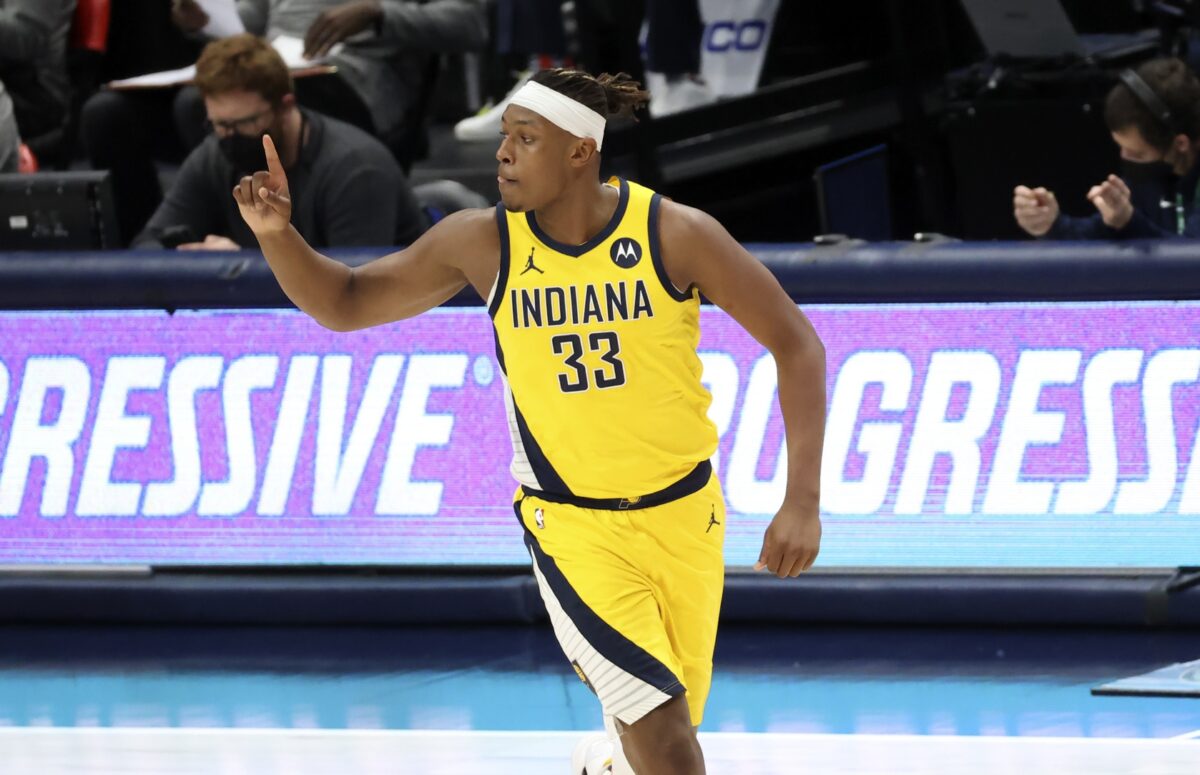 According to a recent report, the Golden State Warriors have had discussions with the Indiana Pacers regarding a potential trade for center Myles Turner.

“They are having trade conversations I have not seen reported that—I believe I had it in my story—that they’ve had some conversations with the Pacers. The Pacers have been one of the more active teams. The name that I’ve heard involved in those conversations is Myles Turner,” said Kevin O’Connor during a recent podcast appearance.

Turner would be a massive addition for the Warriors. He is known best for his defensive prowess, but he is also a solid offensive player. During the 2020-21 season, Turner averaged 12.6 points, 6.5 rebounds, 1.0 assist and 3.4 blocks per game. He has led the league in blocks per game two times in his career.

Turner is under contract for multiple seasons, so the Warriors would be able to compete for a title more than just once with the big man. Golden State has high hopes for the 2021-22 season, as the elite duo of Stephen Curry and Klay Thompson should be back at some point during the campaign.

The Warriors narrowly missed the 2021 NBA Playoffs despite a fantastic season from Curry. He won the scoring title by averaging 32.0 points per game and shooting 42.1 percent from 3-point land.

It’s very clear that the team needs more talent in order to compete for a title and adding some key pieces seems to be the top priority for the organization this offseason.