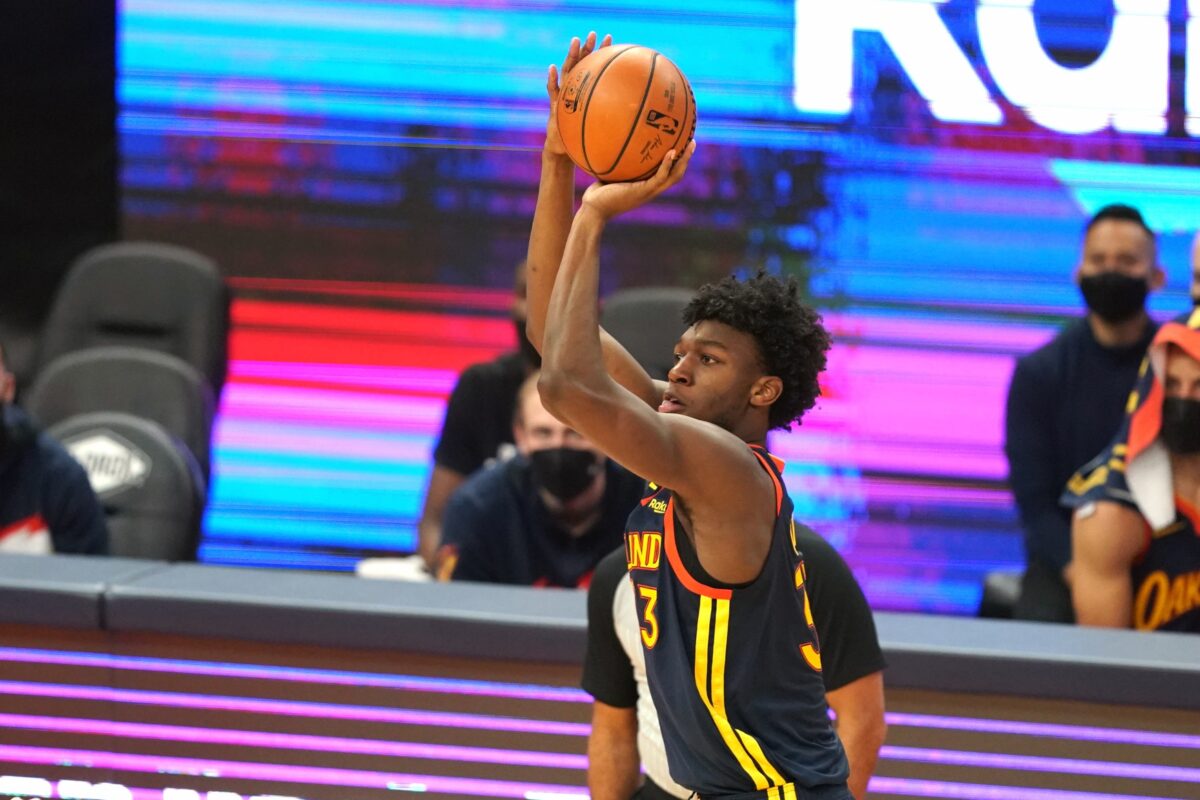 There is currently no timetable for his return.

Warriors center James Wiseman has suffered a meniscus injury in his right knee, sources tell ESPN. No timeline on a return yet.

Wiseman was ruled out of last night’s win over the Houston Rockets after suffering the injury.

The No. 2 overall pick in the 2020 Draft, Wiseman dealt with a sprained wrist earlier in the season and has only appeared in 39 games this season.

Losing him is a big blow to the Warriors’ playoff hopes, as Golden State is currently the No. 10 seed in the Western Conference with a 25-28 record.

Golden State will likely turn to Kevon Looney in Wiseman’s absence, but the injury certainly hurts the development of the promising young center.

This season, Wiseman is averaging 11.5 points and 5.8 rebounds per game while shooting 51.9 percent from the field and 31.6 percent from 3-point range.

He has started 27 games for the Warriors and is averaging 21.4 minutes per contest.