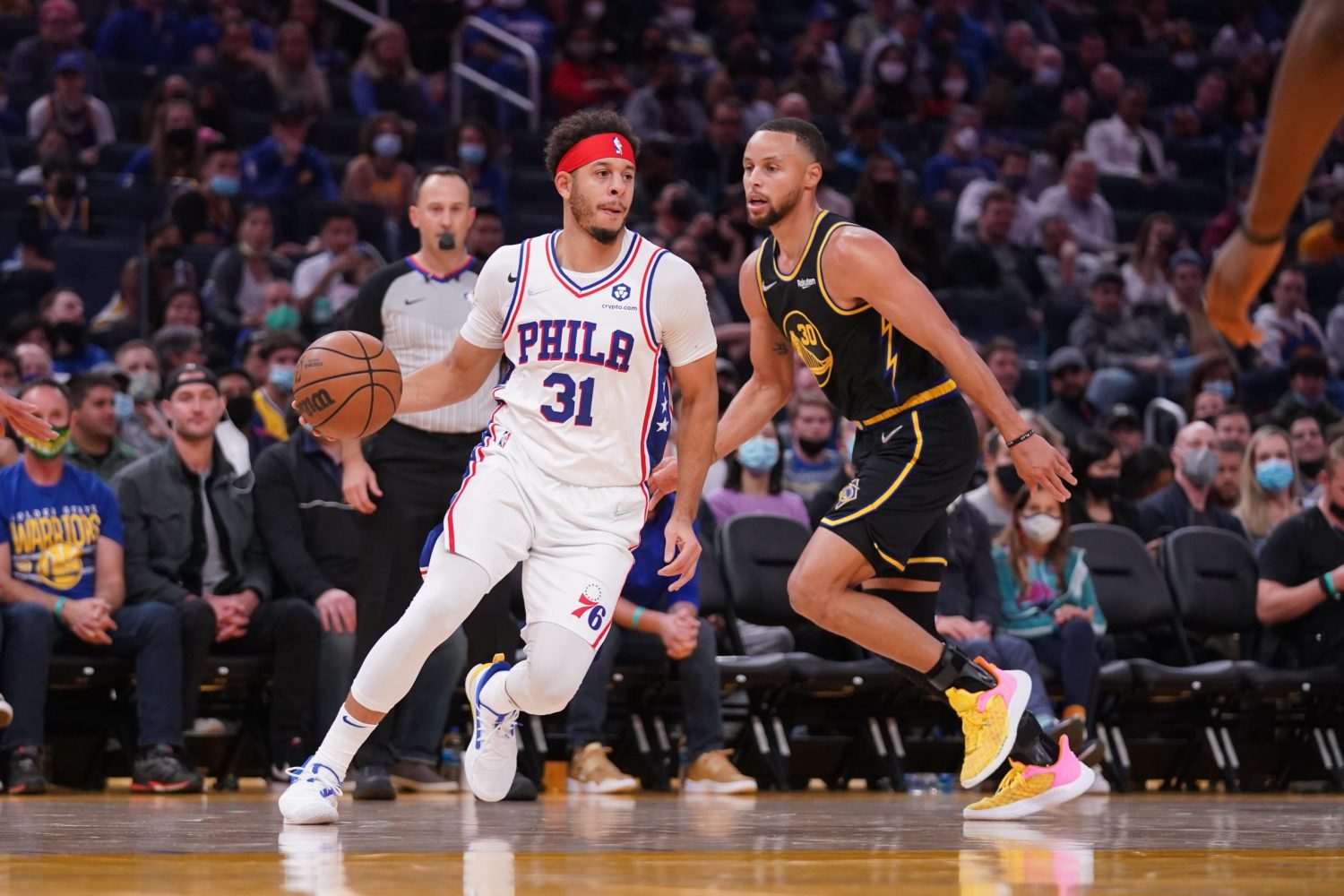 Over the course of his career, Seth Curry has made a name for himself as one of the best shooters in the entire NBA.

However, that reputation took quite a while to earn, and it took him some time to get established in the league. He had a tough time getting out from under his brother Stephen’s immense shadow.

Seth Curry recently joined Draymond Green on his podcast and discussed his need to overproduce because of his brother’s reputation.

“I said a lot early on — if my name was Joe Smith, I would have been in the league a long time ago,” Seth Curry said. “Sometimes those connections and who you are can get you in the door, but there comes a time where you gotta produce every day, you gotta bring value or they gone get you out of there. … It’s some pros and cons to being the younger brother of Steph and the son of Dell [Curry].”

Of course, Stephen Curry has made a name for himself as one of the best players of all time. Many believe that he is the greatest shooter in NBA history.

However, Seth Curry is having a fabulous career in his own right. He’s been able to prove that he’s an immense talent as well.

Over the first three seasons of his career, Seth Curry averaged just 6.3 points in 14.9 minutes per game. He bounced around the league quite a bit. This season, he’s averaging 15.0 points, 3.6 assists and 3.1 rebounds. He’s also shooting a solid 42.4 percent from beyond the arc.

Though it took a bit of time for him to prove that he belongs in the NBA, no one is questioning that fact anymore.

Now, he’s looking to help the Brooklyn Nets make it to the 2022 NBA Playoffs. The team currently sits in eighth place in the Eastern Conference and is locked into the play-in tournament.