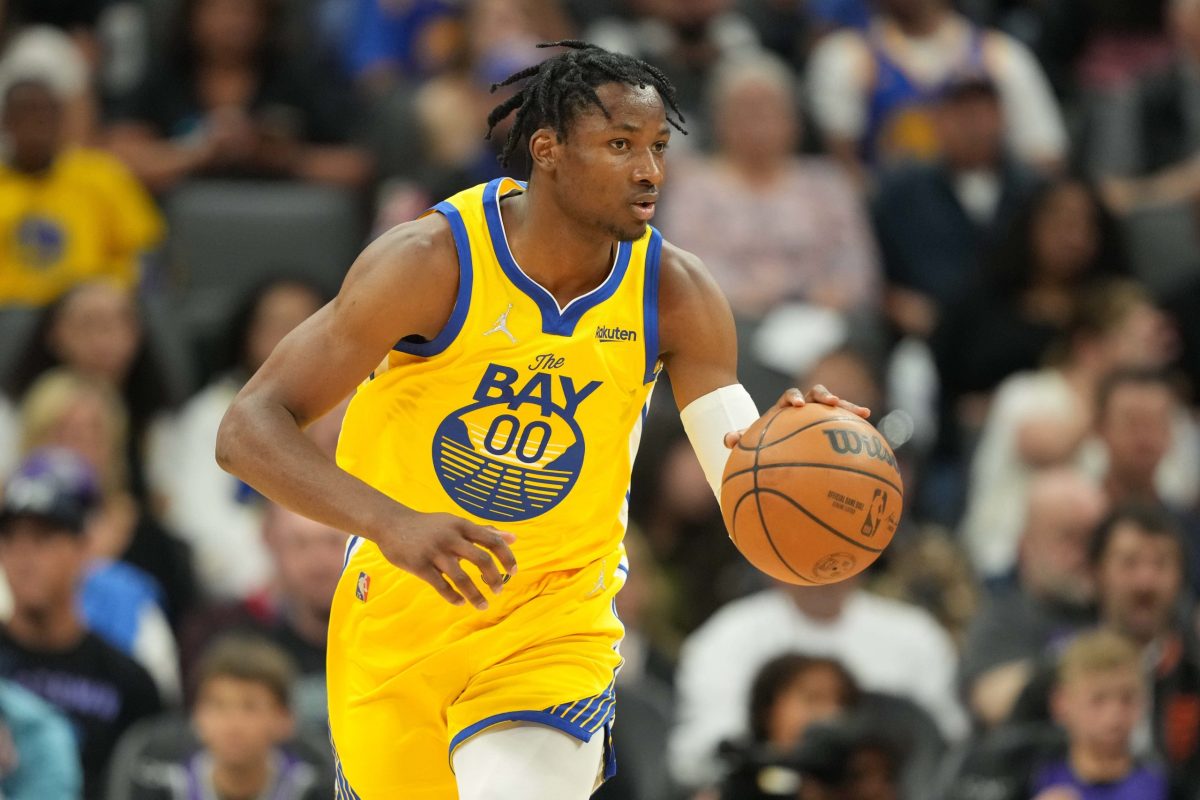 Despite the fact that the Golden State Warriors just won the 2022 NBA championship, it looks like youngster Jonathan Kuminga could be causing some concern behind closed doors.

NBA analyst Stephen A. Smith said he’s “worried” about Kuminga because he’s been hearing things about the youngster’s work ethic and focus.

Some interesting insight regarding Jonathan Kuminga from Stephen A. Smith on First Take this morning 👀#NBATwitter #DubNation pic.twitter.com/8gGP8V5BzD

“I’m worried about Kuminga,” Smith said. “I’m hearing too many things about him off the court in terms of his head. The level of discipline he lacks. You understand?

“Some of the foolishness. I’m not getting in his personal business. I’m not saying nothing like that. I’m talking attitude, I’m not talking actions. I’m saying that attitude, the level of focus, commitment, determination, just putting your head down.”

It’s an interesting report, especially because it seems to be coming out of thin air. There have been few reasons for concern regrading Kuminga thus far in his young NBA career, and his rookie season with the Warriors was, by all accounts, a success.

Kuminga averaged 9.3 points and 3.3 rebounds per contest in 70 games last season. He came off the bench in all but 12 appearances.

During the Warriors’ run to the NBA championship, Kuminga played in 16 playoff games and started three. His averages dropped, but that is far from rare for rotational players in the playoffs.

Just a few days ago, Kuminga declared that he’s “never satisfied” and always trying to be better.

“With me, I’m never satisfied with anything,” Kuminga told NBC Sports Bay Area. “I always want to improve on everything. I don’t know if it’s impossible, but in my mind, I think I can get better at pretty much everything.

“But it’s just not going to happen overnight. It’s gonna take some time.”

Moreover, Kuminga was a force earlier this offseason during the 2022 Summer League. In four games, he averaged 19.3 points, 3.8 rebounds and 3.0 assists per game. Those certainly are not the numbers of a player who is not taking his career seriously.

Based on these conflicting bits of information, it seems one of two things is most likely happening. Either Kuminga is simply saying all the right things to create a facade of hard work while he fails to take things seriously behind the scenes, or Smith has flubbed the report and is listening to the wrong sources.

It’s hard to tell which is more likely at the moment, and fans will likely have to wait until the NBA preseason gets underway before they can see for themselves how Kuminga’s game is looking prior to his second regular season in the league.