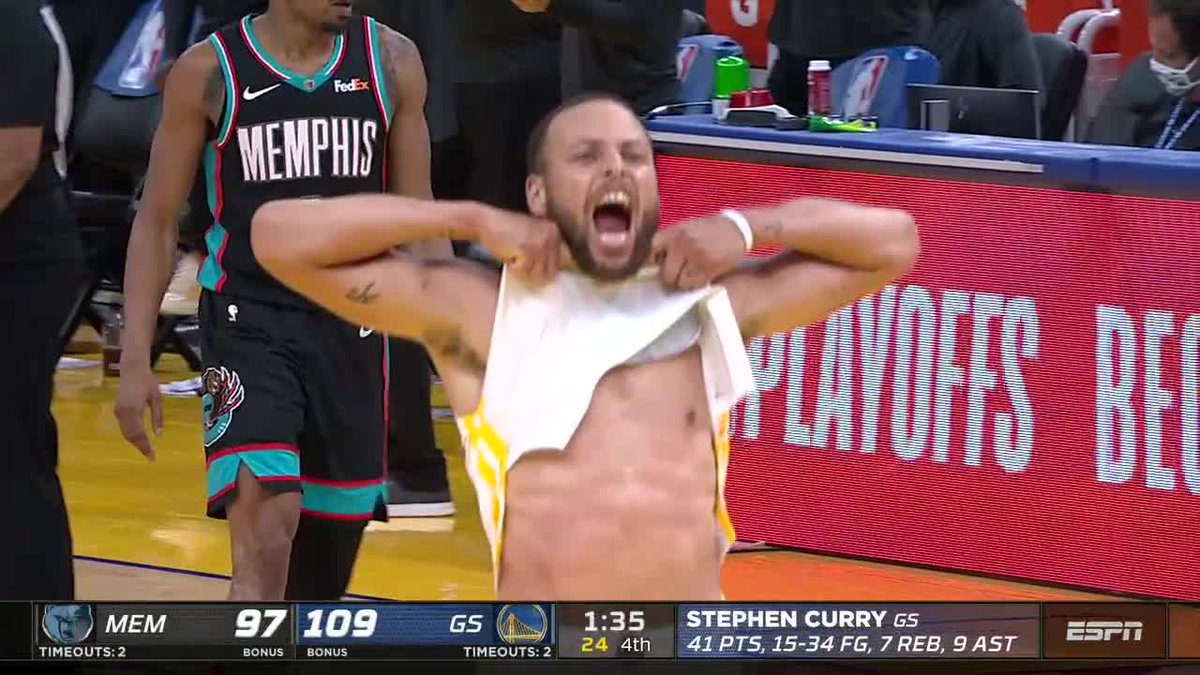 Golden State Warriors superstar guard Stephen Curry led the Warriors to a 113-101 win over the Memphis Grizzlies with a 46-point performance on Sunday.

Curry shot 16-for-36 from the field and 9-for-22 from 3 in the game, and Golden State secured the No. 8 seed in the Western Conference.

If Golden State had lost, Memphis would have taken the No. 8 seed and the Warriors would’ve fallen to the No. 9 spot. This is significant because the No. 8 seed only needs to win one of two games in the league’s play-in tournament to make the playoffs.

The No. 9 seed would need to win two games in order to make the final playoff field.

After hitting a dagger 3-pointer to put the Warriors up 109-97, Curry celebrated by lifting up his jersey in the same manner former Warriors guard Baron Davis did in his iconic celebration.

Curry’s 46 points led to him finishing this year as the NBA’s scoring leader. He edged out Washington Wizards star Bradley Beal for the most points per game in the league.

Curry and the Warriors will await the winners of the Los Angeles Lakers against the New Orleans Pelicans and the Portland Trail Blazers against the Denver Nuggets to see who they face in the first game of the play-in tournament.