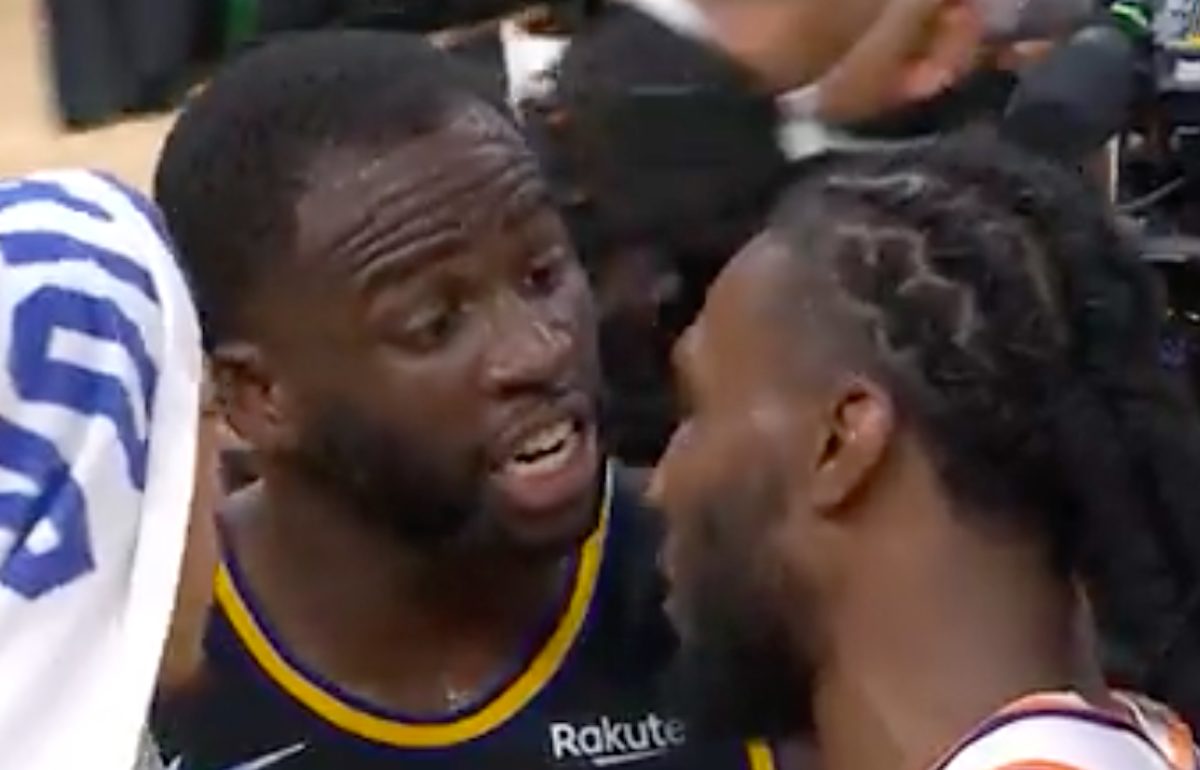 During the 2022 NBA Finals, members of the Golden State Warriors roster issued some complaints about how they felt they were being treated by fans of the Boston Celtics.

Celtics fans are known across the NBA as being a sometimes belligerent bunch, and the way that some fans interact with players on opposing teams can get pretty personal.

Warriors head coach Steve Kerr recently discussed such interactions and made it clear that he felt that some of the trash-talk coming from the Celtics faithful during the 2022 NBA Finals crossed a line.

Full pod out Friday wherever you wanna listen. pic.twitter.com/FDcLwKQGdQ

“I thought they crossed the line. … When they were saying, ‘Eff you Draymond [Green],’ like 20,000 people, I thought of Draymond’s kid. … This sweet and innocent little guy, and he’s got to sit there and watch as his dad gets cussed out by 20,000 drunk fans. People don’t think of it in those terms when you’re watching from the outside. I do think it rattled Draymond a little bit.”

Now that the series is in the books, it makes sense that Kerr would want to unpack some of the things that he had issues with. Though Kerr seems well aware of the fact that trash-talking is a part of the game, he also clearly believes that some things should be off limits.

There is always a bit of conflict that takes place in the playoffs, especially once an NBA championship is on the line in the Finals. However, fans do tend to forget that the players on opposing teams are also people. It may be hard for some fans to accept, but talking trash can be done in a respectful way.

In the end, the Warriors did get revenge and the last laugh in the series. Though the series was quite competitive, the Warriors’ talent and championship experience won out.

The Warriors ultimately won the series in six games, and the team will get to hang yet another banner in its arena when the 2022-23 regular season gets underway later this year.