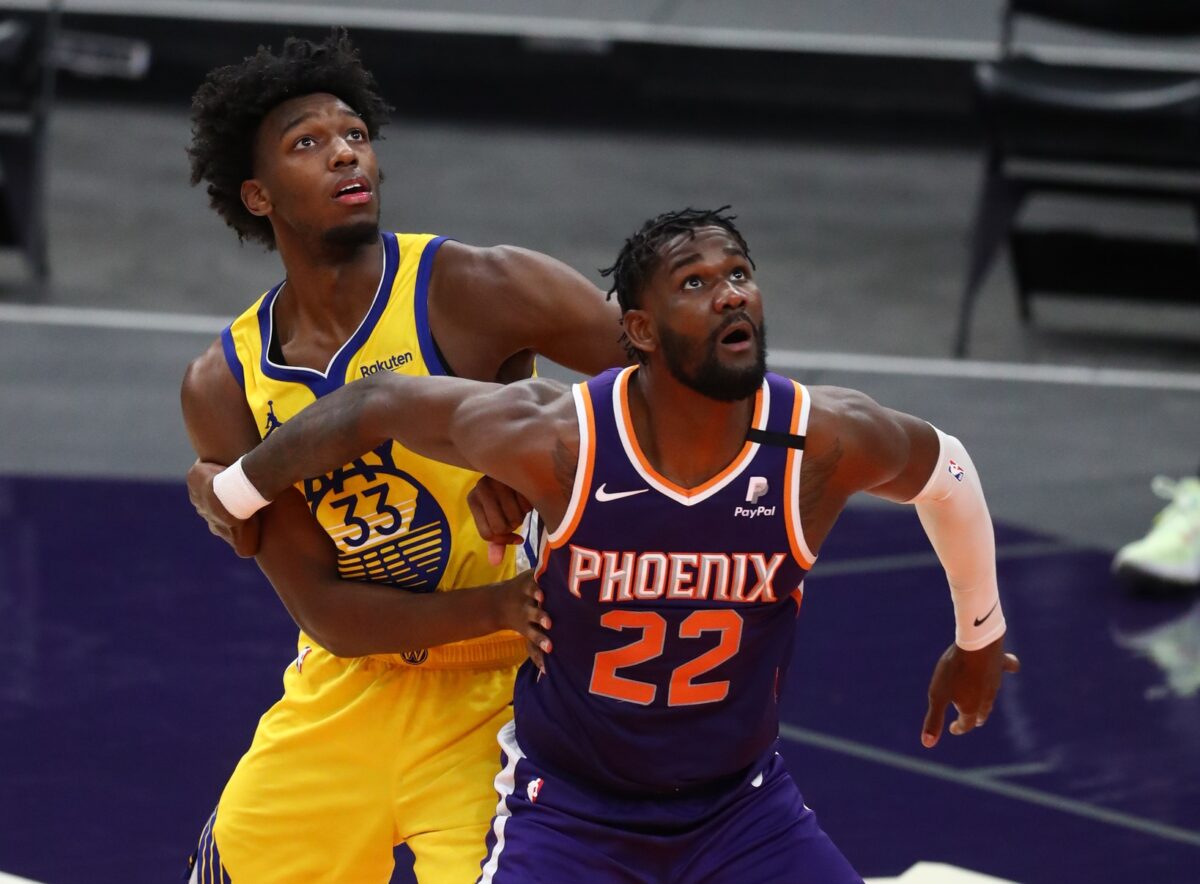 After getting drafted by the Golden State Warriors with the No. 2 overall pick last year, James Wiseman struggled to get comfortable in the NBA this past regular season.

The good news for the young prospect is that he still has plenty of time to improve.

Warriors head coach Steve Kerr also believes that he has found a blueprint for the 20-year-old’s development in blossoming star Deandre Ayton.

“I’m just so inspired by what Ayton has been able to do. And I think there’s no reason why James (Wiseman) can’t follow that same path.”

The Phoenix Suns center has been tearing it up in his postseason debut. Through 20 games, he has averaged 15.8 points, 12.2 rebounds and 1.0 block per game.

His 36 minutes per contest has also debunked the notion that big men who cannot provide floor spacing on offense are unplayable in the playoffs. The Suns are currently two games away from clinching the title, thanks in large part to Ayton’s solid performances.

Next season, Golden State will be looking to contend for a championship as well with All-Star guard Klay Thompson returning from injury. The Warriors are surely hoping that Wiseman can help them win another title in the near future.