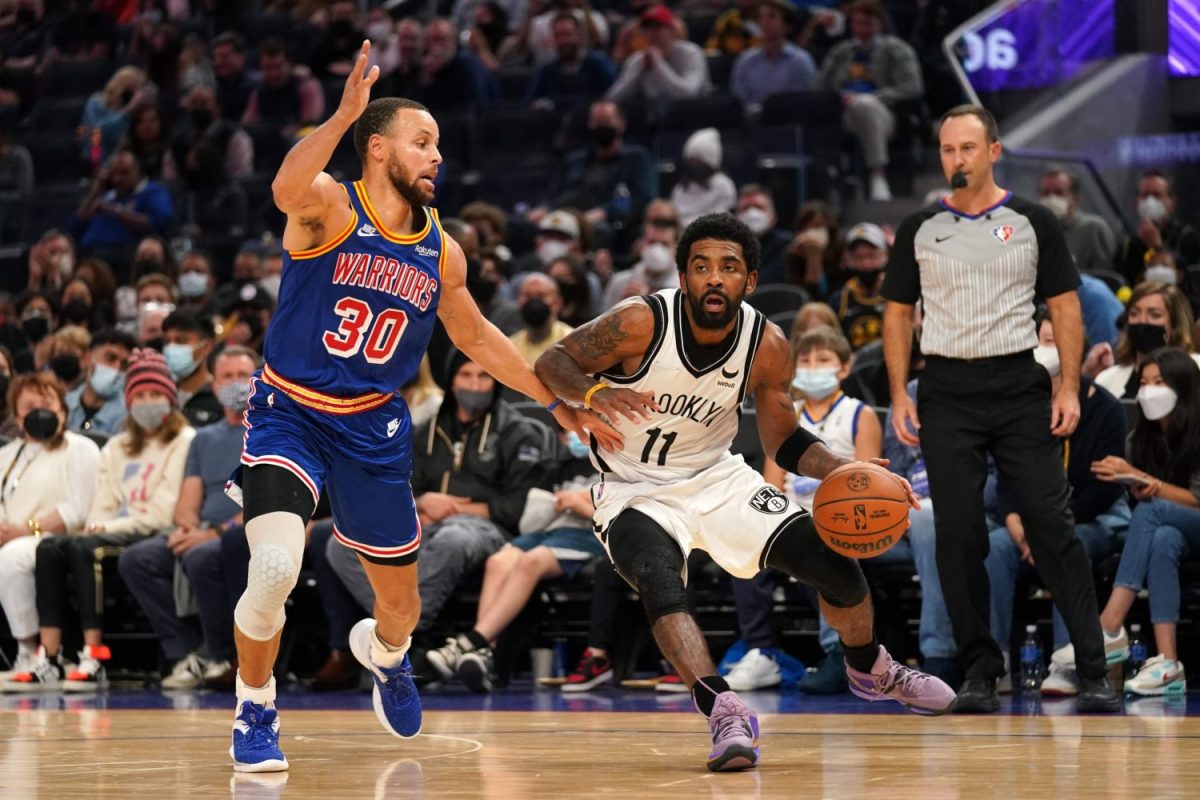 There is no doubt that NBA fans and experts alike consider Golden State Warriors superstar Stephen Curry to be one of the most skilled players in the league.

League legend Tracy McGrady believes there is at least one guard in the NBA today who is more skilled than Curry, however. That guard is Brooklyn Nets star Kyrie Irving.

McGrady recently joined the “Dubs Talk” podcast to discuss all things Warriors. It was during the conversation that he revealed his belief about the disparity between Curry and Irving.

“It has to do with the handles, the creativity with the handles,” McGrady said. “Although Steph has good handles and can get his shot, it’s not like Kyrie’s though. And it may be because of the flashiness. There’s a difference when I watch both of those guys handle the rock. … I think Kyrie bag is a little bit deeper than Steph’s. I’ll use that term. The bag is deeper. Steph has a bag, but it’s not a Kyrie bag.”

McGrady did make it clear that he wasn’t talking about Irving’s entire game compared to Curry’s, but instead was specifically referring to Irving’s skills as a ball-handler.

Irving and the Nets had big goals heading into the 2021-22 NBA season, and many considered them to be title favorites. They failed to make good on that expectation, however, and lost in a four-game sweep in the first round.

Curry and the Warriors are already on their way to the second round after beating the Denver Nuggets in five games.

So, while Irving may have more skills as a dribbler than Curry, Curry surely has more of a knack of winning when it matters most.