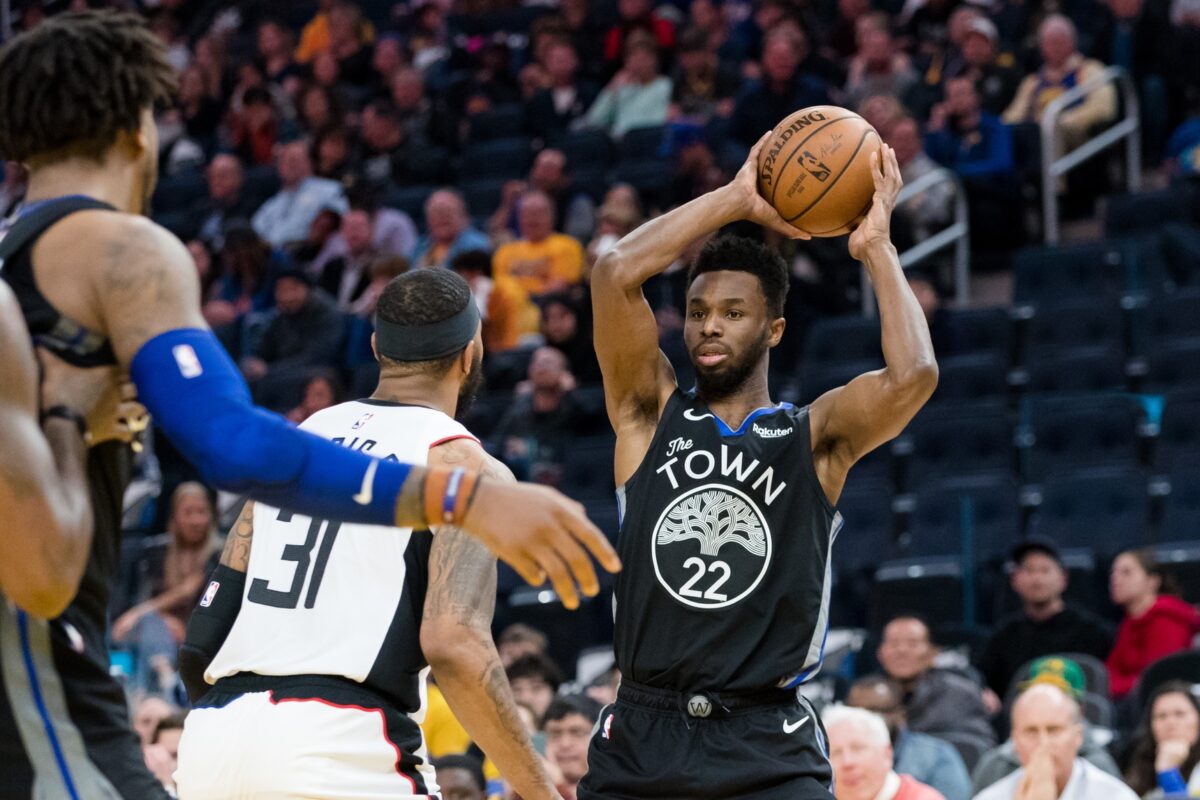 After winning the NBA championship three times and reaching the NBA Finals five straight years, the Golden State Warriors took a “gap year” in 2019-20 due to injuries and the departure of superstar Kevin Durant.

But with Stephen Curry and Klay Thompson apparently recovered, the Warriors look to be back as contenders in 2021.

They will also have the second overall pick in the upcoming NBA draft, the one positive byproduct of their miserable season.

Yet, there are still questions about their roster, and Andrew Wiggins seems to be the biggest question mark.

While’s he’s certainly a very good player, the argument could be made that he’s not a great fit alongside the team’s core of Curry, Thompson and Draymond Green.

Many have speculated that the Warriors should make a move, perhaps a big move, by packaging Wiggins and/or the second pick in the upcoming draft.

Should Wiggins stay or should he go?

The Case For Staying

The first overall pick in the 2014 NBA Draft, Wiggins is a potent offensive player. He has a career average of 19.7 points per game and is capable of dropping the occasional 30-plus point game.

With Durant now living in the New York City area, the Dubs could use a legitimate third scoring threat who can “lay in the weeds” and make defenses pay for keying on Curry and Thompson.

One thing the 2019-20 season showed is that Green is not capable of being a scoring threat. On the other hand, that is exactly what Wiggins is.

The Toronto native also seemed to improve his defense since coming to Golden State. He averaged 1.3 steals and 1.4 blocked shots per game in his 12 games with the Warriors.

Prior to making the move to the Bay Area, Wiggins was never exactly known as a defensive stopper.

The Case For Trading Wiggins

When the Warriors either won championships or at least made it to the Finals, they did it using a recipe of great team defense, a dangerous running game and lethal 3-point shooting.

Wiggins may be a good fit for a fast-break team, but a case could be made that he won’t fulfill those other two needs.

Although his basic defensive numbers looked good this season in Golden State, they came in a small sample space, and his defensive rating during that span was 113, which is rather poor.

Wiggins is also a poor 3-point shooter. His high-water mark in that category was 35.6 percent in the 2016-17 season, and last season he made only 33.2 percent of his treys.

When the Warriors won their first title of the Curry era in 2015, they did so with Harrison Barnes starting at the 3. Barnes was, and still is, a very good 3-point shooter who can also play a little D.

Since Wiggins is, all told, a very good player, he could possibly fetch the Dubs another star who would fit in well if packaged together with the second pick in the 2020 NBA Draft.

Or the Warriors could opt for depth instead and try to get a complementary piece like Barnes, along with one or two role players who can come off the bench.

In my humble opinion, the Warriors should look to trade Wiggins for the right player or players.

They need a moderate infusion of complementary talent if they’re to win another championship, plus their bench is made of mostly young, somewhat unproven players.

As is, the Warriors will make the playoffs, but they’re unlikely to return to the championship series.

As the old saying goes, good is the enemy of great.