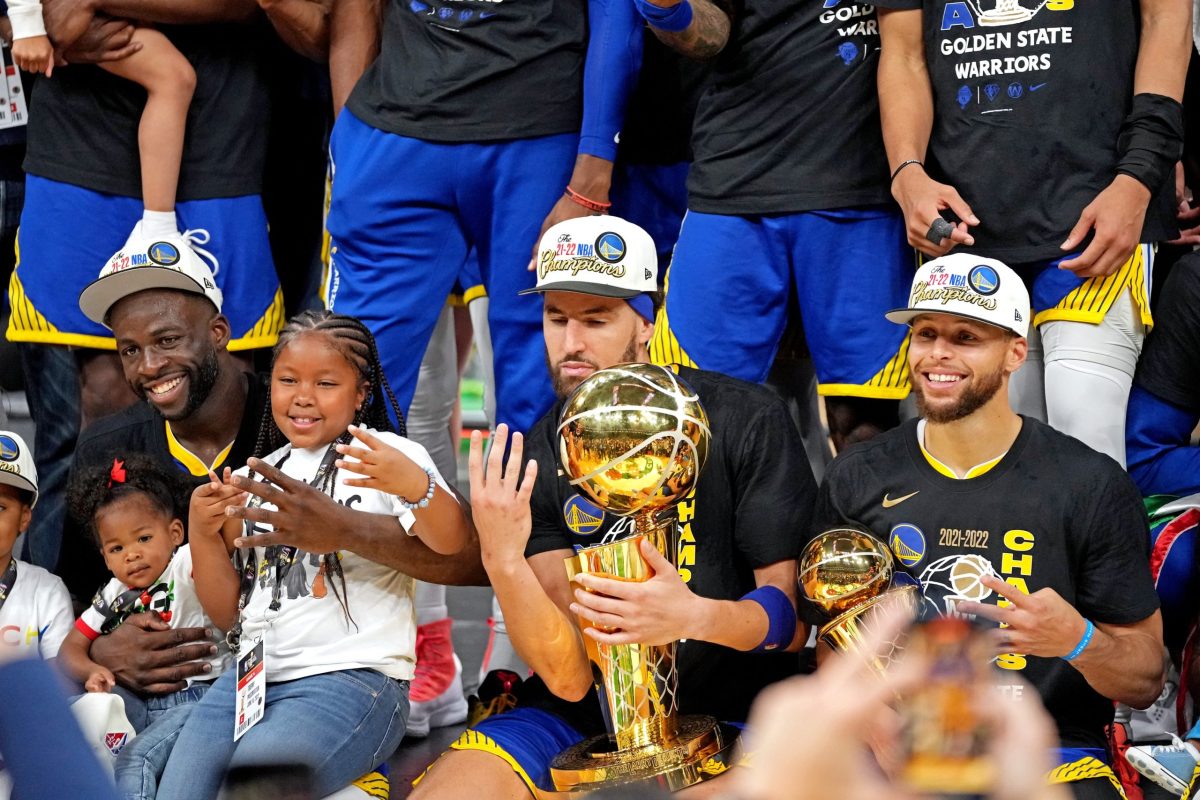 The Golden State Warriors are in the middle of arguably their greatest era in franchise history, as Stephen Curry, Klay Thompson and Draymond Green have led the team to four NBA titles since the start of the 2014-15 season.

Curry, who series won MVP honors in the 2022 NBA Finals against the Boston Celtics, is the unquestioned leader of the group, and he’s one of the greatest players in NBA history.

Still, the trio works together about as well as any in NBA history, which has allowed the Warriors to sustain success for several seasons.

This isn’t the first time the Warriors have had a star trio, however, as the combination of Tim Hardaway, Mitch Richmond and Chris Mullin, also known as Run TMC, highlighted another memorable era in Warriors basketball.

In fact, Run TMC’s stars see a lot of similarities between themselves and the current Warriors trio.

Part of the reason Thompson, Curry and Green play so well together is their unselfishness and willingness to always find the open man. Mullin explained that having those connections with teammates is crucial to having success.

Warriors fans certainly have been fortunate to have so many great players in the organization’s history, and the team is looking to keep its current dominance going when the 2022-23 season begins.

Due to injuries, Golden State’s current trio hasn’t started a season with all three players healthy since the 2018-19 campaign. If the squad can avoid the injury bug, Curry, Thompson and Green have shown that they will compete for an NBA title.