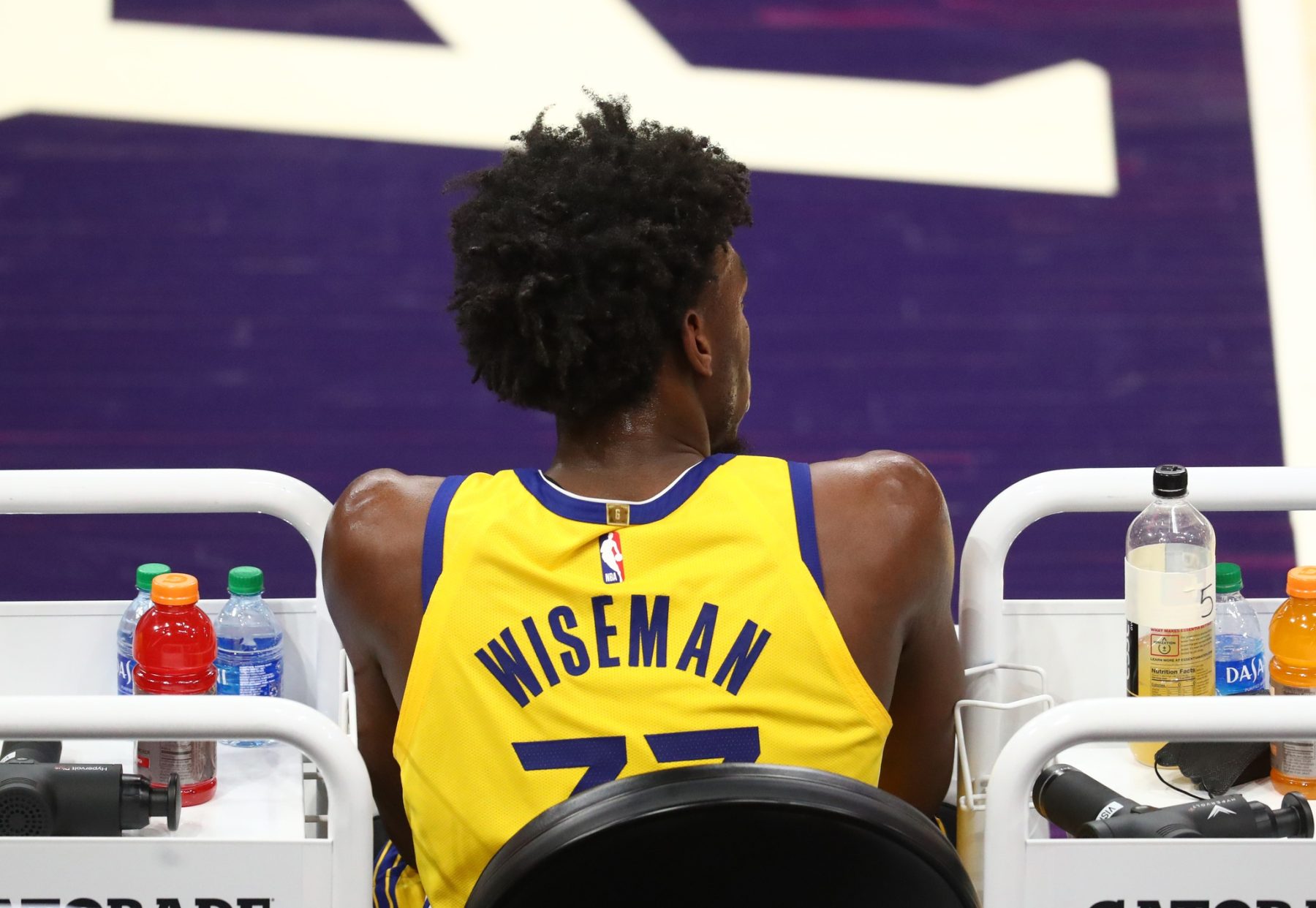 One of the best teams in the NBA this season is the Golden State Warriors.

Thanks to players like Stephen Curry, Klay Thompson, Andrew Wiggins and Jordan Poole, the Warriors are seen as one of the teams to beat in the Western Conference.

However, one player who has not contributed to Golden State’s success so far this season is youngster James Wiseman. The big man hasn’t played this season due to injury.

While his return could come soon, it sounds like it’s “highly unlikely” that Wiseman will contribute much for the Warriors on the court.

It sounds like it is even more unlikely that Wiseman will get ample minutes once the playoffs come around.

“Still, one Warriors coach told ESPN that it’s highly unlikely that Wiseman will be a big part of the Warriors’ rotation, particularly in the playoffs,” Kendra Andrews of ESPN wrote. “They want to plug him into specific situations but don’t believe he’ll be ready to take on the brunt of the work down low right away. Instead, they want him to get ready to be an integral part of the team next season.”

Although this may seem like a tough development for Wiseman, it does seem as though the Warriors still have faith in his development. After all, he was the No. 2 overall pick in the 2020 NBA Draft.

Last season, the 7-footer averaged 11.5 points and 5.8 rebounds per game. It certainly wasn’t a stellar rookie campaign for him. However, he did flash moments of brilliance throughout the season.

If Wiseman can find a way develop quickly into a star center, he could extend the Warriors’ title window even further.

Curry remains one of the best players in the league. Thompson has proven that despite his injury history, he is still a solid scorer. Wiggins has taken his game to new heights and earned his first All-Star selection this season.

Given the number of stars the team has, it will be interesting to see what the future holds for both Wiseman and Golden State.

Clearly, it appears that the organization would rather let him continue to improve in the offseason as opposed to throwing him into the fire of a title chase as soon as he returns from injury.