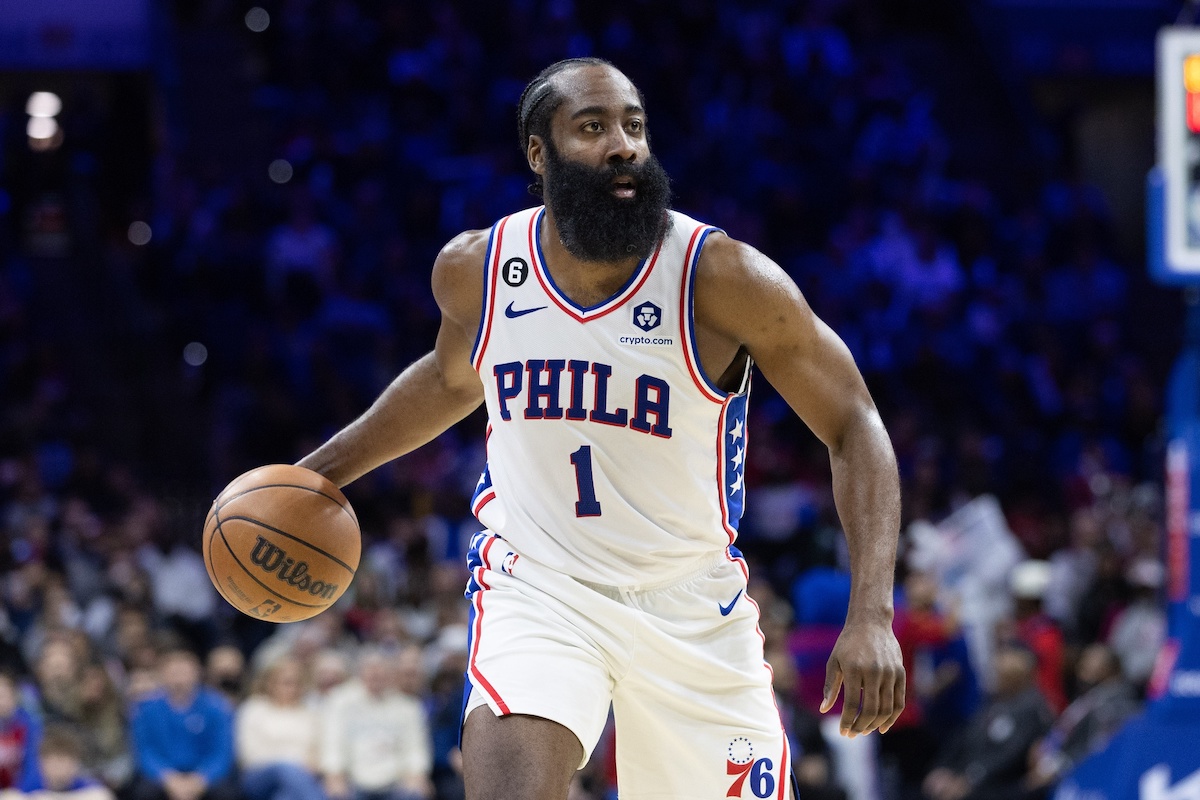 One NBA executive does not believe that Philadelphia 76ers guard James Harden would be a good mentor for the young Houston Rockets players if he decided to return to the franchise in free agency this coming offseason.

There has been speculation that Harden would be open to going back to Houston if things don’t work out in Philly this season, and he could opt out of his player option for the 2023-24 season to become a free agent.

“The Rockets, for their part, are open to adding some veteran leadership to their supremely young squad — Eric Gordon and Boban Marjanovic are the only Rockets with more than three years’ experience — and have ample cap space to sign a high-priced free agent,” Fox Sports’ Ric Bucher wrote. “But would Harden be the kind of veteran a team would look to mentor younger players?

Harden didn’t exactly have the best exit from the Rockets before he was traded to the Brooklyn Nets, and there have been questions about his off-court actions (partying, etc…) in the past.

Harden eventually forced himself out of Brooklyn last season, finishing the season with the Sixers. The team was knocked out in the second round of the playoffs by the Miami Heat.

The former MVP didn’t play his best basketball in the postseason, and he really struggled in Game 6 against the Heat in last year’s playoffs, finishing with just 11 points and attempting just two shots in the second half of the game.

The Sixers have a strong team with Harden, Joel Embiid, Tobias Harris and Tyrese Maxey, and they currently hold the No. 5 spot in the Eastern Conference.

Harden missed time this season with a foot injury, and Maxey has also missed a chunk of the season with an injury. The Sixers have still found a way to succeed despite that, but it appears Harden wants more to stay with Philly long term.

The Rockets are in another rebuilding year this season, but they have a lot of young talent to evaluate. The team is in line for another top draft pick, and it could bring in a star such as Victor Wembanyama or Scoot Henderson in the 2023 NBA Draft.

There’s no guarantee that Harden ends up in Houston, and it may be tough for him to turn the young team into a contender if he does, especially at this point in his career.

Even if the Rockets end up wanting to bring Harden back, it’s clear not every executive in the NBA believes he is the right player to lead the team’s young core.