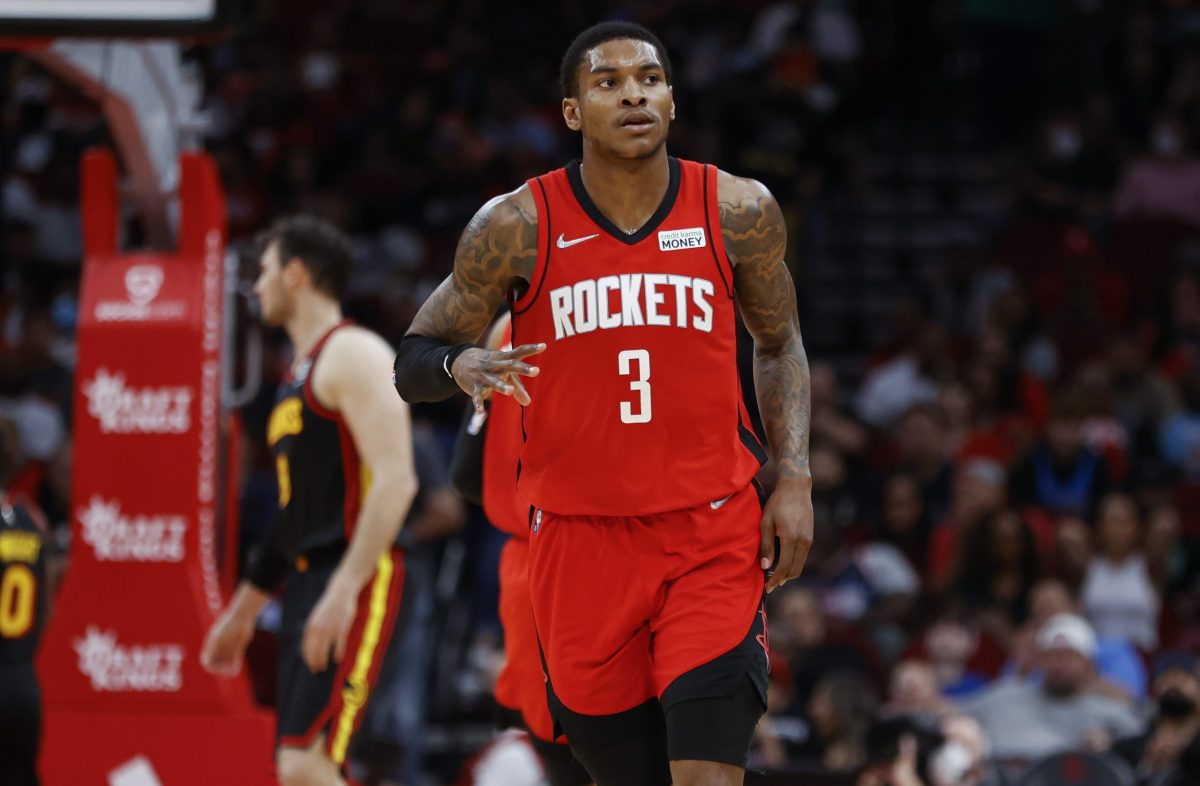 Kevin Porter Jr. of the Houston Rockets is seen as a player with loads of God-given talent and boundless potential.

However, he has had numerous downright bizarre occasions during his young NBA career.

Porter seems to struggle with authority, and he has done some things off the court that draw concern. For that reason, it appears that many people across the NBA do not think the Rockets should offer Porter a contract extension, according to ESPN’s Tim MacMahon.

“I think there are mixed opinions internally. And, you know, frankly, externally the opinion I get most often is the Rockets should not give him an extension,” MacMahon said on a recent podcast appearance.

Porter was originally drafted at the end of the first round of the 2019 NBA Draft by the Milwaukee Bucks. He was later acquired by the Cleveland Cavaliers. Porter was then traded away for peanuts after his relationship with the Cavs imploded.

Porter and teammate Jalen Green seem to have what it takes to become one of the most exciting young backcourts in the NBA.

Still, concerns remain about Porter, and it looks like that has led many to believe that the Rockets would be wrong to sign him to a long-term deal.

Following the upcoming season, the Rockets could extend a qualifying offer to Porter. That would make him a restricted free agent. The team could then wait and see what kind of offers Porter gets from opposing teams before deciding what to do with him.

For that reason, the Rockets are in a good position with Porter. If he can continue to grow in the upcoming season and stay out of trouble, the Rockets would surely have to consider keeping him in Houston for the long term.