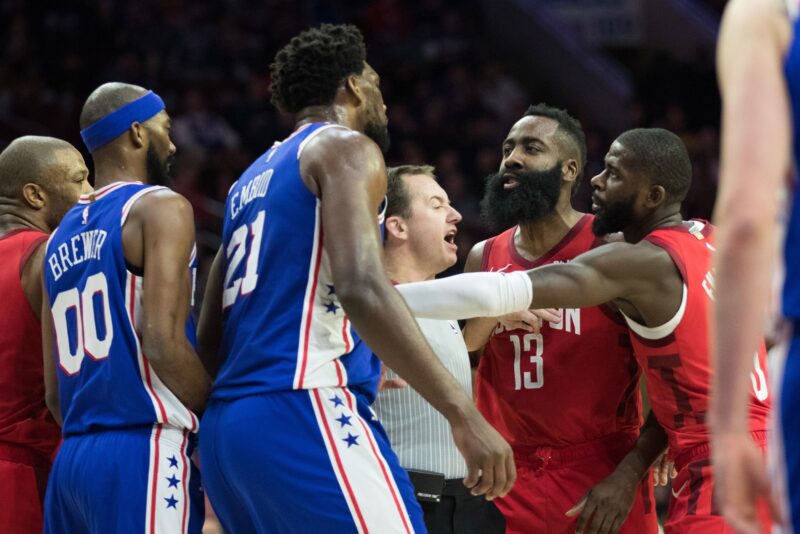 Now that a champion has finally been crowned for the 2019-20 season, offseason NBA trade rumors are coming in full force.

On Thursday, a new report indicated that the Houston Rockets, who may be looking to shake things up for a second straight offseason, are interested in Philadelphia 76ers big man Joel Embiid.

Hearing that everything is available except James Harden.

This is a surprising report given the information at hand.

While everything is reportedly available except for former MVP James Harden, it is a bit mysterious what the 76ers would want in exchange for Embiid.

After all, it is generally believed that Houston star Russell Westbrook’s best basketball is behind him.

Embiid would be a fascinating player to pair with Harden in Houston. The only question is what the Rockets truly have to offer to get a deal done.