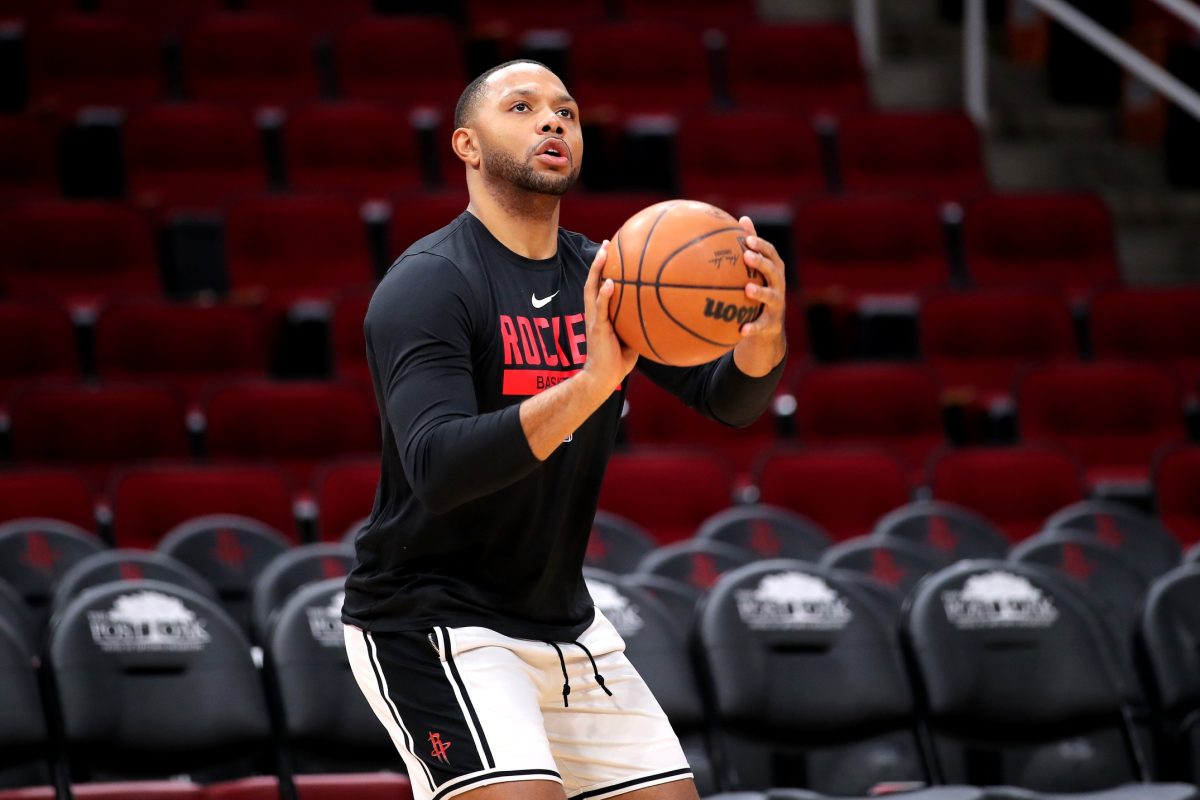 “The Detroit Pistons and Houston Rockets are sellers but are ‘asking for too much’ for players like Bogdanović and Eric Gordon,” Bleacher Report’s Eric Pincus wrote.

“‘They both want first-round picks for guys over 30,’ one source said of the Pistons and Rockets. ‘They may be willing to wait until the summer since both Bojan and Gordon are under contract.’”

Gordon’s contract for the 2023-24 season is non-guaranteed, according to Spotrac. However, Houston or a team that trades for Gordon could always guarantee his deal to keep him on the roster.

A former Sixth Man of the Year, Gordon could be a spark plug for a team that is in need of shooting depth this season.

Gordon, 34, isn’t a part of the long-term plan in Houston, as the team is still in a massive rebuild.

The Rockets are the worst team in the Western Conference ahead of Tuesday’s games in the NBA. They have a 10-30 record and have lost seven consecutive games.

It would make sense for the Rockets to trade him for another draft asset so they can continue to build around high draft picks such as Jabari Smith Jr. and Jalen Green.

Houston is already going to have a high selection from its own draft pick, so adding another first-round pick could allow the team to potentially move up in the draft if the lottery doesn’t go its way.

With all of the young talent Houston has on its roster, trading Gordon could allow the Rockets to give more minutes to young players to see if they can be long-term answers for the team.

Even though Gordon is a solid role player that is under contract for another season, it appears the asking price for him is too high.

An injury to a player on a contending team could always change that, but it’s hard to justify giving up an asset like a first-round pick for Gordon unless he truly elevates the team to a championship-level contender.

Gordon has been a solid scoring option his entire NBA career, and it’s possible he could boost his value with a stretch of solid play leading up to this season’s trade deadline.