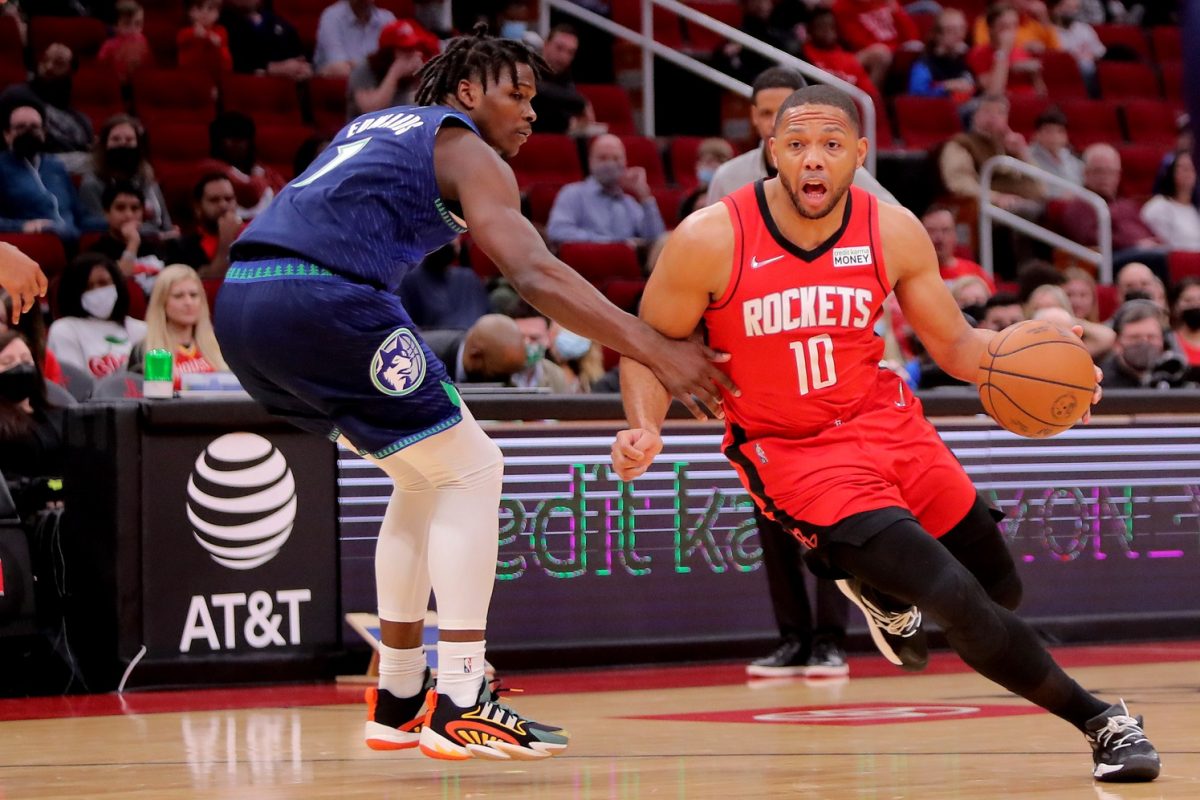 The Houston Rockets are one of the worst teams in the NBA this season.

With a playoff berth unlikely to come this year, the team could look to trade away some of its veterans for draft picks.

One player Houston has reportedly put on the trade block is Eric Gordon. In return for Gordon, the organization apparently wants a future draft pick “in the teens.”

“The Houston Rockets have told teams they have two different offers of a first-round pick for Eric Gordon,” wrote Matt Moore of the Action Network. “The issue is finding a team that won’t send back significant salary as Houston doesn’t want anything major on the books. Houston is also looking for a pick in the teens instead of a late first-rounder for Gordon.”

Gordon has played for the Rockets for several seasons. During his time with the organization, he has seen action as a starter and bench player.

Even when he’s come off the bench, the veteran has exhibited an ability to put the ball in the basket.

In six seasons with Houston, Gordon has averaged 16.3 points per game while knocking down 3.0 3-pointers per contest. This season, he has shown that he can be efficient from the field, converting on a career-high 49.1 percent of his field-goal attempts.

Because of his scoring abilities and playoff experience, there are surely some teams around the NBA that would love to add the 33-year-old. However, it remains to be seen if Houston’s asking price will prevent a deal from happening.

The Rockets are currently 15-37 on the season and rank last in the Western Conference. They are set to face the New Orleans Pelicans on Sunday, who have also struggled this season.