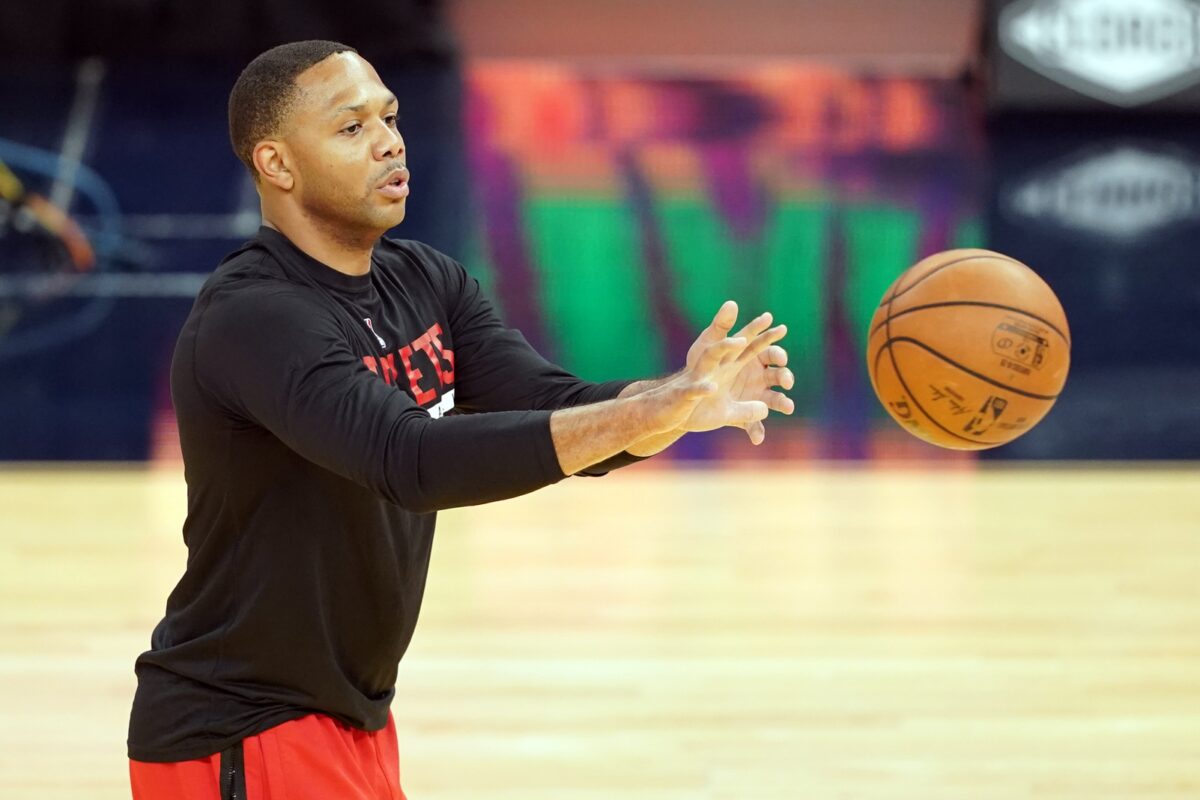 It seems that the Houston Rockets are dead set on getting the No. 1 pick of the 2021 NBA Draft.

The team has reportedly had trade talks with the Indiana Pacers to discuss the No. 13 pick. According to NBA insider Chad Ford, the Rockets are willing to give up veteran Eric Gordon in the deal.

If they were to acquire the late lottery pick, they are hoping that the draft asset along with their No. 2 pick would be enough to secure a trade with the Detroit Pistons for the No. 1 pick.

More @chadfordinsider: "[The Rockets have] dangled Eric Gordon and one of their late first round picks to the Pacers in exchange for the No. 13 pick in hopes that a combination of 2 and 13 would be enough for the Pistons to move down one spot in the draft."

Houston would be giving up a lot to trade up in the draft. However, it looks like the organization sees Cade Cunningham, the prospect most pundits believe as the favorite for the first overall pick, as a franchise-changing talent and worthy of dealing away players and draft assets for.

Still, it is unclear if the Pistons even want to give up the No. 1 pick. They would probably only do so if they have another player, such as Evan Mobley, Jalen Green or Jalen Suggs, higher than Cunningham on their draft board.