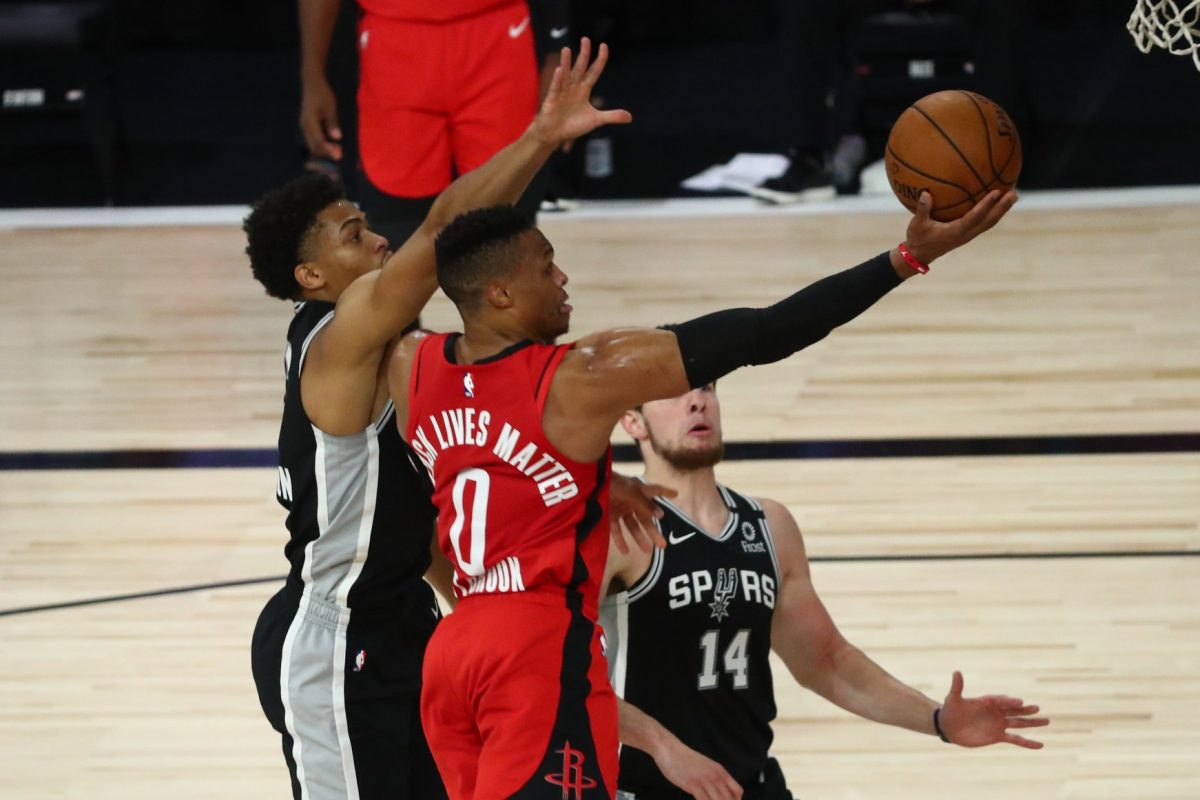 Houston Rockets superstar Russell Westbrook has not been competing in the playoffs because of a right quadriceps strain.

However, Westbrook was recently seen dominating in a recent scrimmage. In fact, he was reportedly playing at an unparalleled level.

Story filed to ESPN: The Houston Rockets held an instrasquad scrimmage Thursday to get All-Star guard Russell Westbrook his first full-speed 5-on-5 action since he was diagnosed with a strained right quadriceps, sources told @wojespn
and I. Source: "Looked as explosive as ever."

Westbrook, 31, is in his first season with the Rockets. The former Oklahoma City Thunder star was shipped to Houston last summer.

The guard put up 27.2 points, 7.9 rebounds and 7.0 assists per game in the regular season. The Rockets finished with the No. 4 seed in the Western Conference.

Ironically, the Rockets are facing off against the Thunder in the first round of the playoffs. The series is tied at two games apiece.

Game 5 of the series was supposed to take place on Wednesday. However, the NBA rescheduled the contest after players decided to boycott.

Due to the extra time to rest, Westbrook may have a stronger chance to return to action. The Rockets listed him as questionable on Wednesday.