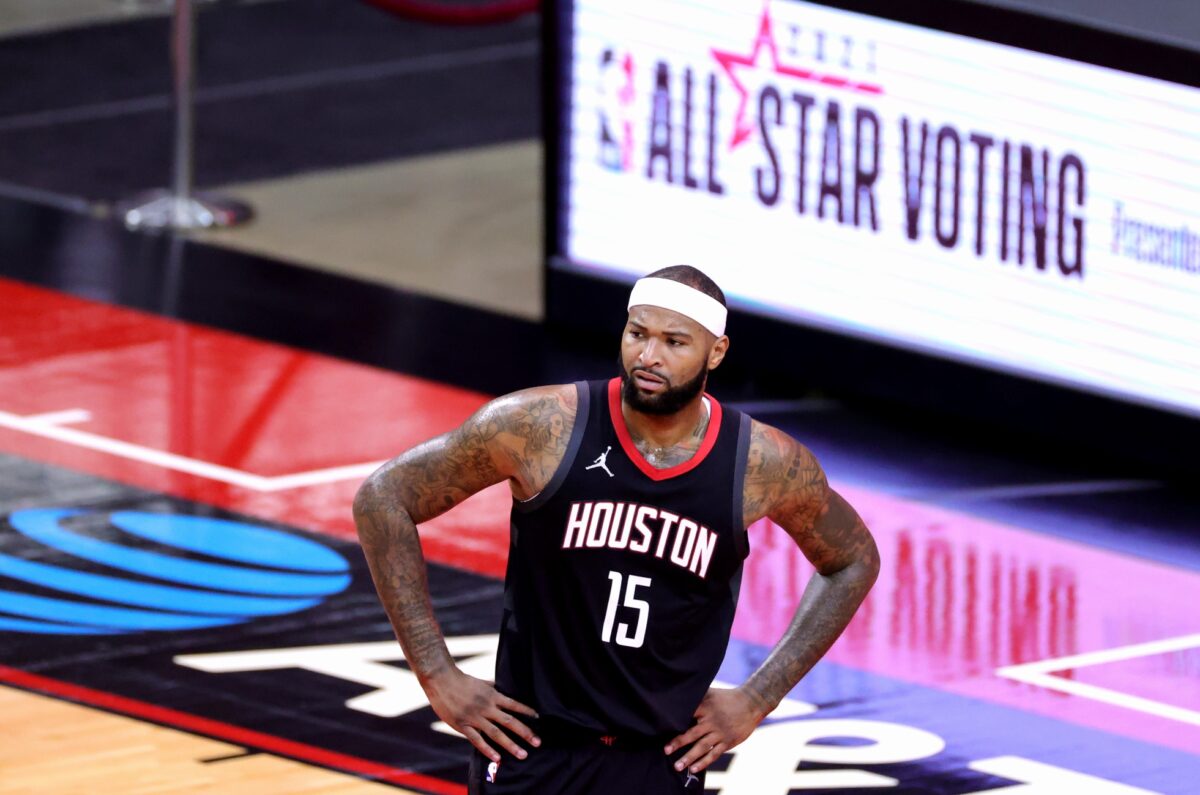 After failing to play a single game for the Los Angeles Lakers in their championship run last season, veteran center DeMarcus Cousins signed with the Houston Rockets ahead of the 2020-21 campaign with hopes of a long, fruitful relationship.

Unfortunately, Cousins and the Rockets are now expected to part ways. The team will not trade Cousins but rather release him at some point this week.

.#Rockets host Bulls tonight. Victor Oladipo still out and DeMarcus Cousins (heel issue) will also be out tonight.
NBA Sources telling me to expect a release of Cousins this week. So far no trade is developing. @KPRC2

With the Rockets trading for former University of Kentucky teammate John Wall, Cousins was thought to be a part of the Rockets’ long-term plans. Wall and Cousins have lobbied for a reunion for quite some time, but it wasn’t meant to be in Houston.

Cousins could be a hot commodity once he is officially a free agent following his release. The rumors have started to swirl about potential suitors with the title-contending Lakers possibly ready to bring him back to help fill the void left by the injured Anthony Davis.

In 25 games with the Rockets, Cousins has averaged 9.6 points and 7.6 rebounds per game while shooting 37.6 percent from the floor and 33.6 from beyond the arc.