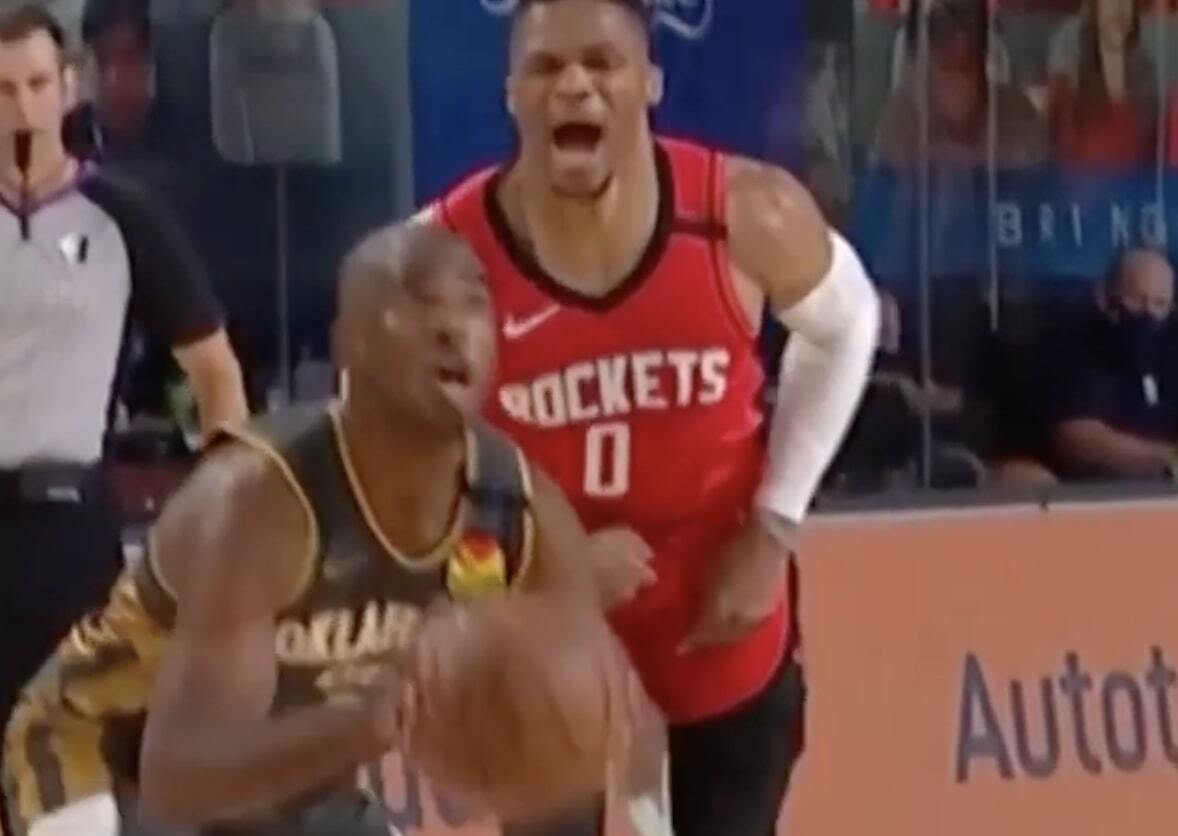 The Oklahoma City Thunder are fighting for their playoff lives in Game 6 versus the Houston Rockets, and star point guard Chris Paul isn’t pulling any punches.

The Rockets won the first two games of the series and seemed to be on their way to an easy series victory. However, the Thunder bounced back and won Game 3 and Game 4.

Westbrook missed the first four games of the series with a quad injury.

His first appearance of the series came in Game 5 when he scored seven points and dished seven assists in 24 minutes of playing time.

At halftime in Game 6, Westbrook has already scored 13 points.

Westbrook and the Rockets will look to close out the series on the Monday night.

If they manage to win the best-of-seven series, they’ll get the chance to face off against the No. 1-seeded Los Angeles Lakers in the next round.