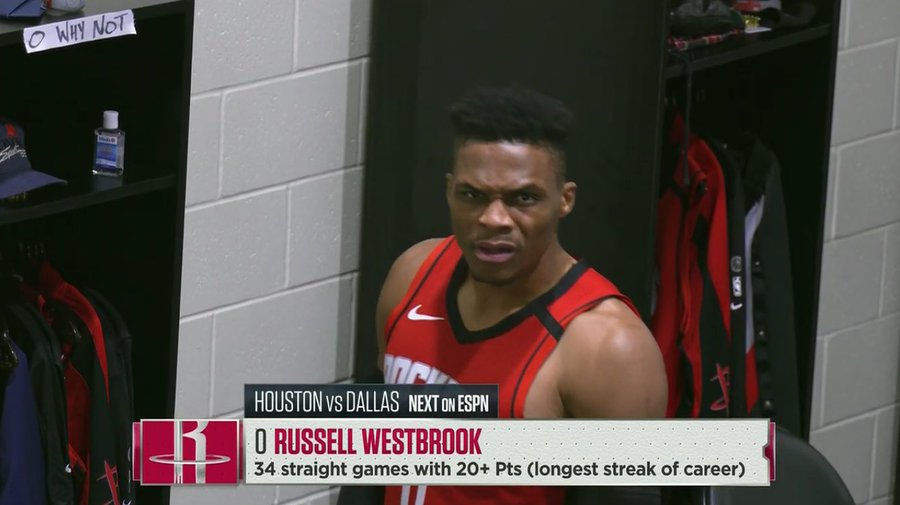 Houston Rockets star Russell Westbrook is known for his intensity.

Prior to Friday’s barn burner between the Rockets and Dallas Mavericks, Westbrook flashed some of that intensity when he caught a camera recording him before he stepped onto the court.

Westbrook is a polarizing star due to his personality and style of play.

His style of play certainly worked in his team’s favor in the 153-149 overtime thriller on Friday. Westbrook finished with 31 points, 11 rebounds, eight assists, two steals and a block.

He was only outshined by fellow superstar James Harden, who finished the night with 49 points, nine boards, eight assists, three steals and three blocks.

Up next, the Rockets will take on the Milwaukee Bucks on Sunday.

Surely, the cameramen inside the NBA bubble will know to keep their lenses off of Westbrook until he steps onto the hardwood for that high-powered matchup.