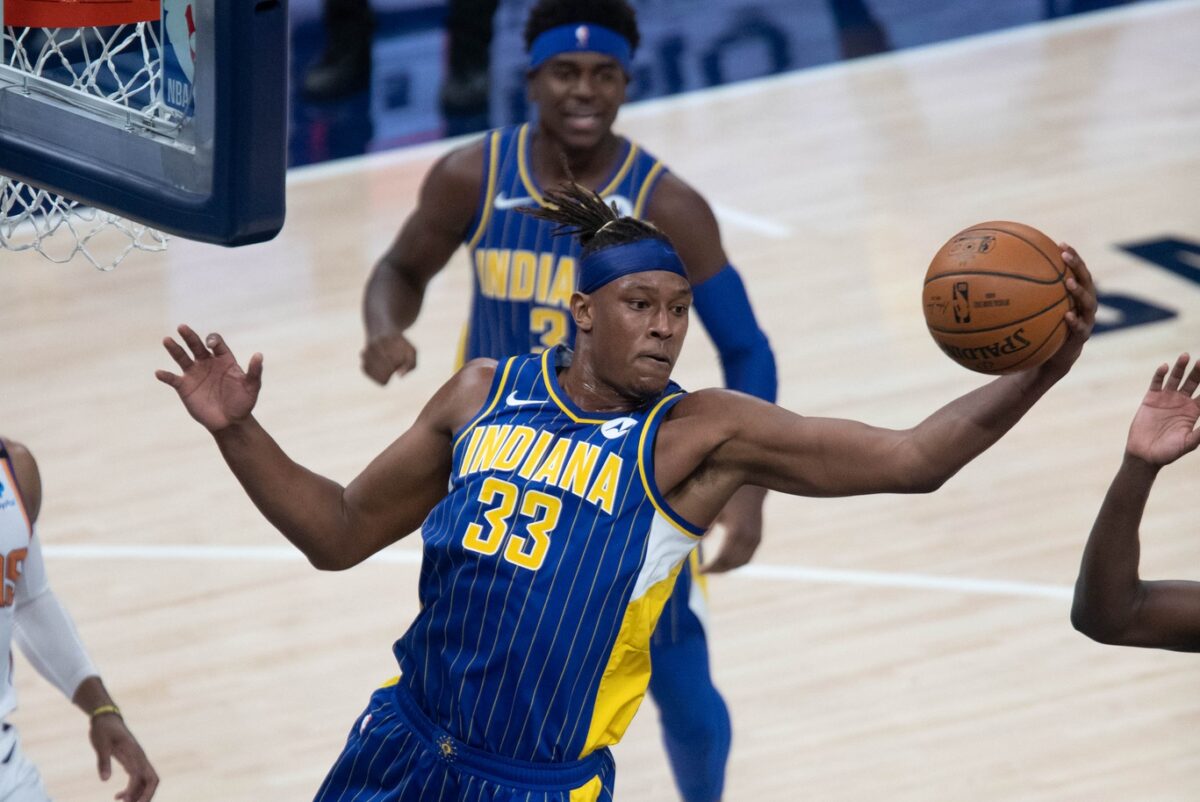 Indiana Pacers star Myles Turner was not pleased that Bleacher Report left him out of their list of top candidates for the Defensive Player of the Year award.

Turner, 24, is one of the best defensive players in the league.

As a matter of fact, he leads the league in rejections with 4.2 blocks per game this season. Utah Jazz All-Star Rudy Gobert is No. 2 on the list with 2.7 swats per game.

Unfortunately, Turner’s burgeoning block rampage has had to take a pause.

On Tuesday, the Pacers announced that Turner has an avulsion fracture in his right hand that will not require surgery. However, he is listed as day-to-day.