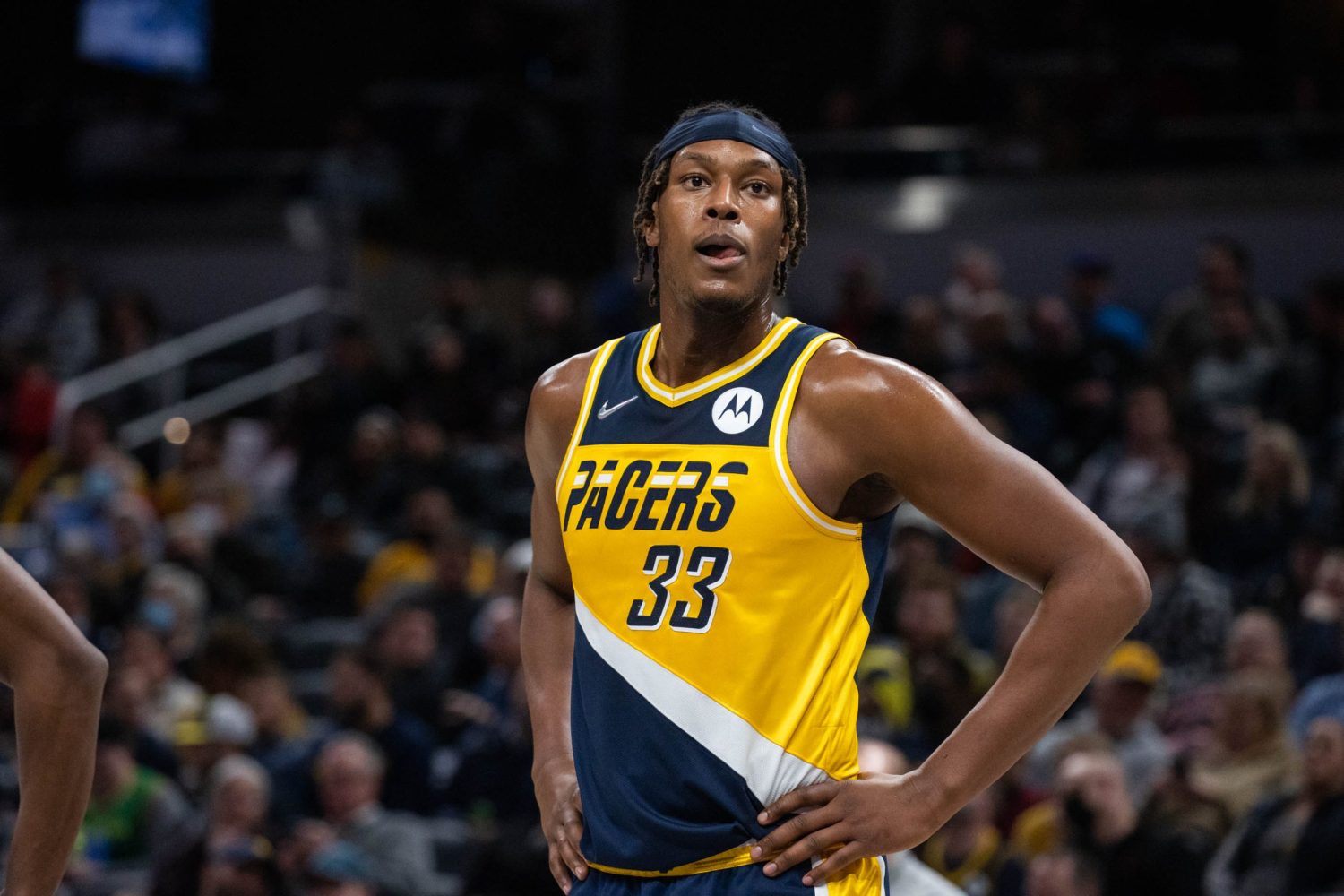 The Indiana Pacers have struggled to start the 2021-22 NBA season.

At 11-16, the team is reportedly considering changing things up. One of the roster questions it needs to address is how to use center Myles Turner.

According to Jared Weiss of The Athletic, Turner recently stated his desire to have a bigger role.

“It’s clear that I’m not valued as anything more than a glorified role player here, and I want something more, more opportunity,” Turner told The Athletic Tuesday. “I’m trying really hard to make the role that I’m given here work and find a way to maximize it. I’ve been trying to the past two, three seasons. But it’s clear to me that, just numbers-wise, I’m not valued as more than a rotational role player, and I hold myself in a higher regard than that.”

The 25-year-old has been one of the NBA’s best defenders in recent years. He has led the league twice in blocks per game, and he is on track to pace the league in swats again this season with 2.8 blocks per game.

However, Turner wants to contribute more, particularly on offense.

“I’ve been given many roles in the years that I’ve been here, and I feel like I’ve been able to produce at a high level in the roles I’ve been given,” Turner said. “I’ve shown that I can do the things they ask me to do, and I think it’s time to put that all together and be a more prominent night-in, night-out guy on the offensive side of the ball instead of someone who is asked to be a floor spacer and hide in the shadows.”

Turner definitely has the offensive skill set to be used more heavily on that end of the floor. He even recorded a career-high 40 points earlier this year. However, he ranks just sixth in the team in field-goal attempts per game this season.

It remains to be seen how the Pacers organization is going to address this situation.