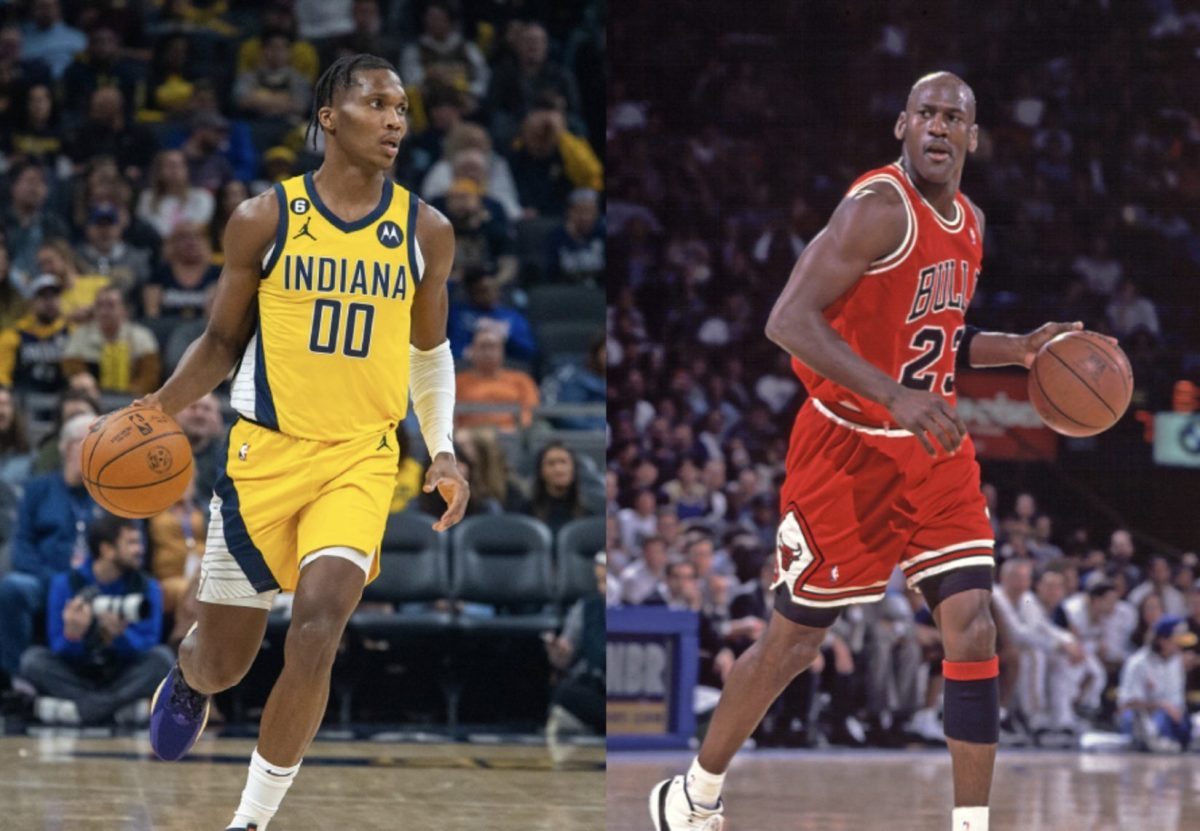 Bennedict Mathurin of the Indiana Pacers has shown up this season, proving that he is one of the best players of the 2022 NBA Draft class.

Of course, some comparisons to previous stars to describe his game are inevitable. An unnamed coach gave Mathurin the highest compliment by saying that he sees “some Michael Jordan” in the rookie from the University of Arizona.

“In the past months, I’ve asked coaches and scouts at Pacers games who Mathurin’s comp might be,” wrote Bob Kravitz of The Athletic.

“I’ve heard Dwyane Wade, with his fearlessness. I’ve heard Jaylen Brown. I’ve heard Jimmy Butler. One coach, who shall remain unnamed, even said, ‘some Michael Jordan, but don’t quote me on that.'”

When watching Mathurin put the ball in the basket, one might see a semblance of Jordan. However, the 20-year-old’s offense still needs polishing, as he is converting just 41.5 percent of his shots this season. In comparison, the Chicago Bulls legend shot 51.5 percent from the field in his rookie campaign.

Despite his inefficiency, Mathurin is still averaging 17.6 points per game, which ranks third on the Pacers. One of the reasons he has put up decent scoring numbers is his ability to draw fouls and go to the charity stripe. Through 28 games, he has already gone to the line 161 times, where he has made 80.1 percent of his attempts.

Perhaps one of the reasons for the Jordan comparison is his confidence. Some Los Angeles Lakers fans might remember when Mathurin boldly said that LeBron James was going to have to “show me he’s better than me” just before the Pacers drafted him. The young Canadian eventually clarified his pronouncement by saying that the Lakers star is the best player in league history.

Because of Mathurin’s statement, some fans anticipated the first matchup between him and James. The game took place in late November, and Mathurin showed that he had the skills to back up his talk. The 6-foot-5 wing got the best of the four-time MVP that night, outscoring and outrebounding him. Indiana also won the contest by one point.

Still, the Jordan comparison may be a bit early, given that Mathurin still has a lot to prove. But he is on the right track, as he has been key to the Pacers’ 14-14 record so far in the 2022-23 campaign. He was also just named the Eastern Conference Rookie of the Month to open the season. Clearly, the future is bright for the talented youngster.