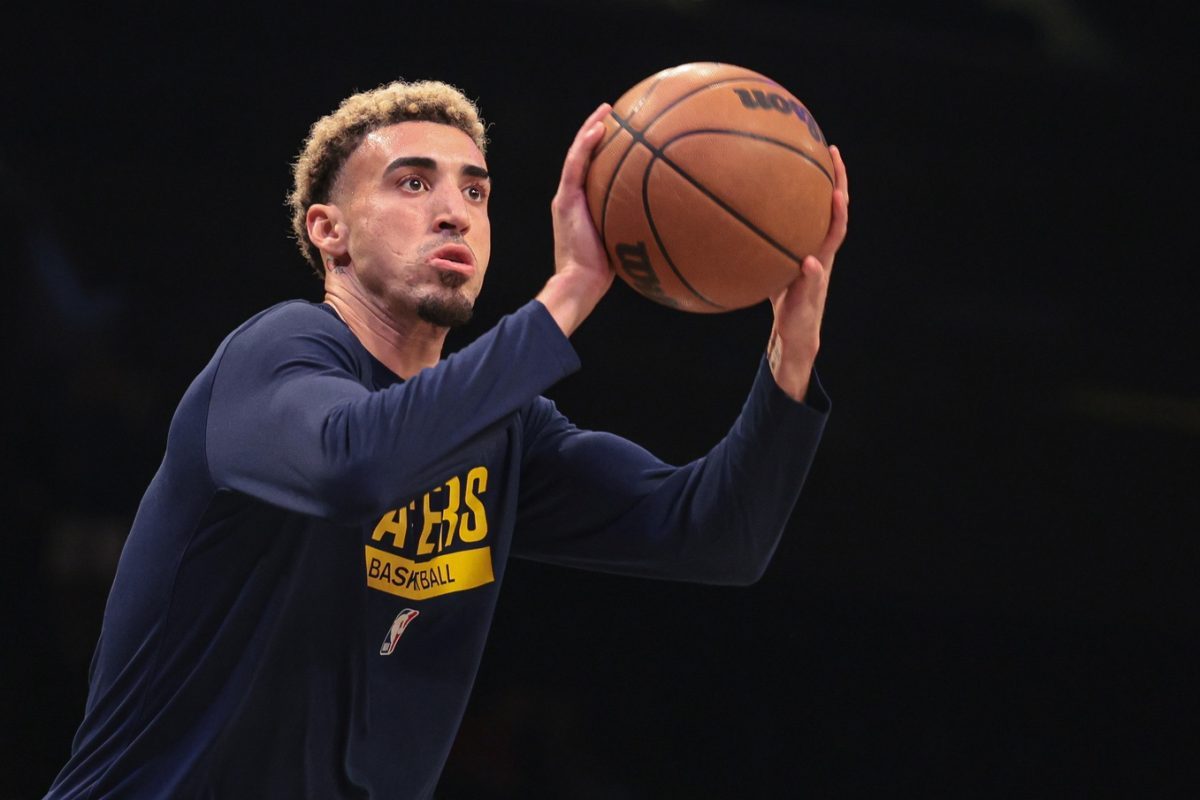 The Indiana Pacers have been a surprise success story so far this season, and at 23-19, they’re currently sitting in the No. 7 spot in the Eastern Conference. According to a report, the team may be willing to deal Chris Duarte to improve its chances of success this season.

“Should Indiana choose to add to this developing core, the Pacers will have three first-round picks in this upcoming draft at their disposal,” Jake Fischer of Yahoo! Sports wrote. “Indiana has its own pick, plus projected late opening-round selections coming from Cleveland (by way of last year’s deadline deal of Caris LeVert), as well as from Boston, via last July’s trade of Malcolm Brogdon to the [Boston] Celtics. And while the Pacers had marked second-year guard Chris Duarte as off limits in trade conversations with some opposing personnel, multiple front office figures told Yahoo Sports that Indiana has since made the 25-year-old available in recent dialogue.”

Duarte, the No. 13 overall pick in the 2021 NBA Draft, has shown promise so far in his young career, but it seems possible that the Pacers will look to package him in a deal to acquire some more established talent.

So far this season, Duarte’s playing time and production have fallen quite a bit compared to the role he played in his rookie campaign. Last season, he put up 13.1 points, 4.1 rebounds and 2.1 assists in 28.0 minutes per game.

This season, he’s logging just 16.4 minutes per game and is putting up 6.1 points, 2.1 rebounds and 1.1 assists per contest. He has really struggled with his efficiency, as he’s shooting just 32.1 percent from the field this season.

It is interesting to note that for a long period of time, the Pacers were seen as a team that would presumably sell at the deadline. Many fans felt like Myles Turner and Buddy Hield were going to be traded before that Feb. 9 date.

Though that may still end up being the case, the success that the Pacers have had so far this season could definitely be changing the front office’s goals and tactics for the season.

With less than a month to go before the deadline passes, Pacers fans will surely be keeping an eye on any moves that team does (or does not) make.