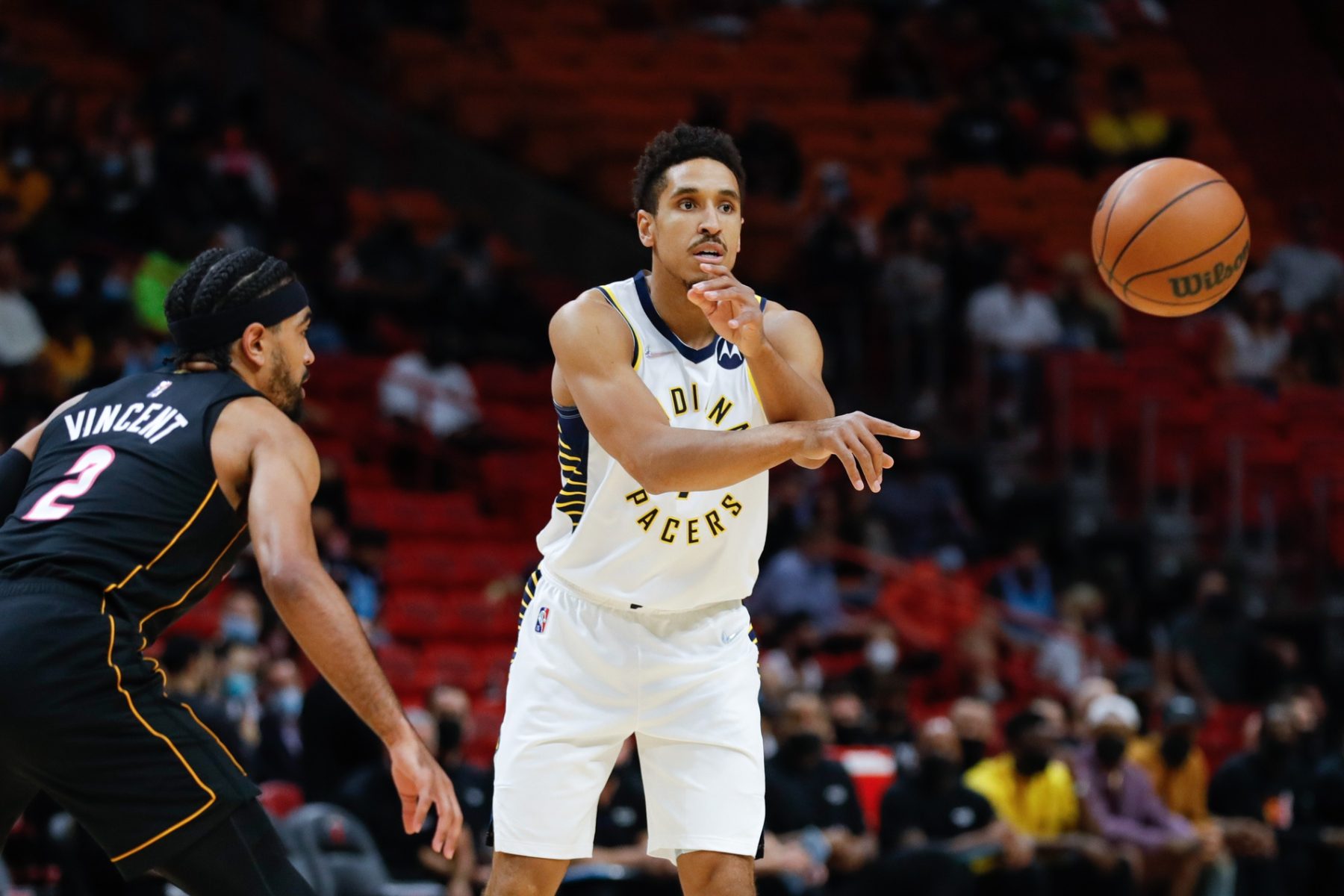 The Indiana Pacers are in the midst of something of a rebuild and currently sit in the No. 13 spot in the Eastern Conference.

Going forward, it seems like the organization will look to build around young guards Tyrese Haliburton and Chris Duarte.

For those reasons, the team reportedly is “certainly” open to trading away Malcolm Brogdon this offseason.

Brogdon, who is in his third season with Indiana, would likely draw major interest from contenders across the league that are looking to add some backcourt talent.

“Several executives believe Indiana will certainly be open to trading him this offseason as the Pacers look to build around their young backcourt core of Tyrese Haliburton and Chris Duarte,” Michael Scotto of HoopsHype reported. “Some executives believed his contract extension and being under team control for three seasons looking ahead makes him more appealing. Others were scared off and a little bit on the fence due to his injury history.”

Ultimately, a trade would likely be a win for both the Pacers and Brogdon. The Pacers would probably target either young talent or draft assets in return for Brogdon. As for the 29-year-old guard, he likely wants to get back to playing winning basketball as soon as possible.

This season, Brogdon has been hampered by injury and has only played in 36 games. When he’s been on the court, however, he’s been very productive, averaging 19.1 points, 5.9 assists and 5.1 rebounds per game.

Though health has been a concern for Brogdon, he’s managed to play in at least 50 games in all but two seasons of his career, with the current campaign being one of those two seasons.

When the NBA offseason arrives, it will be interesting to see what kind of market exists for the talented player.