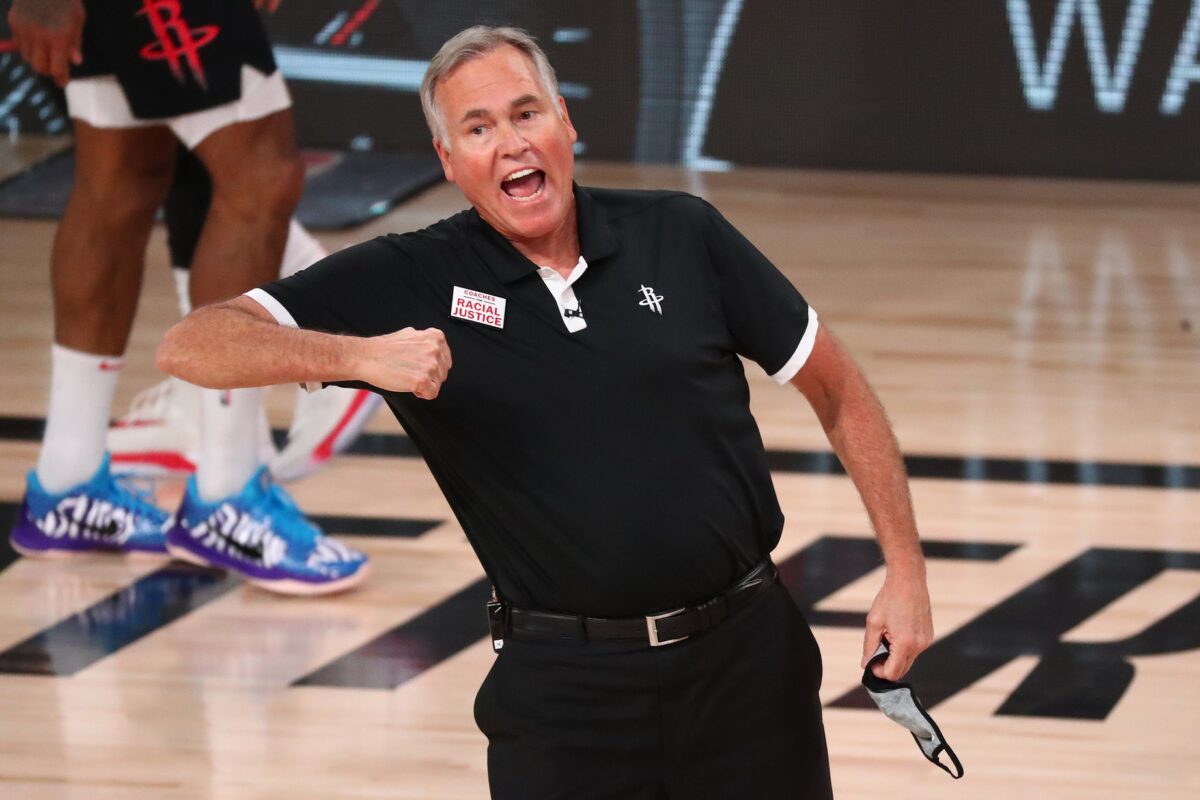 Indiana Pacers head coach Nate Bjorkgren’s tenure with the team could soon be coming to an end, and at least one candidate to take over has been revealed.

According to a recent report, Mike D’Antoni appears to be seen as a possible replacement.

“Should a change ultimately occur on the bench, Mike D’Antoni is once again considered the leader in the clubhouse to fill Indiana’s opening, sources said,” Jake Fischer of Bleacher Report wrote. “But could a few games and the play-in tournament be enough to prevent any turnover?”

Right now, the Pacers seem to be in comfortable position to land in the play-in tournament. They’re just a half-game ahead of the Washington Wizards for the No. 9 seed, but are safely ahead the No. 11 seeded Toronto Raptors.

Despite that, things seem to be falling apart in Indiana. In a recent game, assistant coach Greg Foster and big man Goga Bitadze got into a spat in the middle of a game.

As a result, Foster has been suspended for one game and Bitadze has been handed a fine.

The embarrassing display may just be one reason why the Pacers front office could look elsewhere for a head coach.

Whether or not the answer becomes D’Antoni remains to be seen.