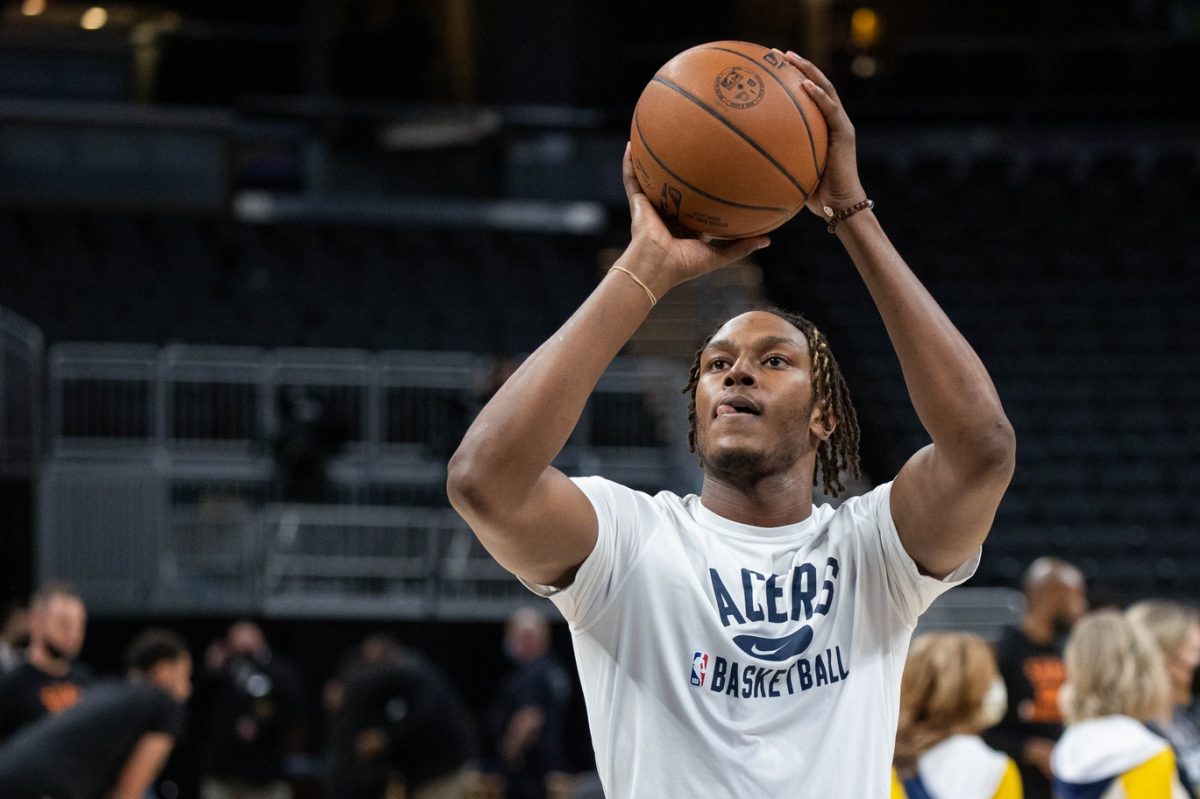 One NBA player that could be on the move soon is Indiana Pacers big man Myles Turner.

Turner has been at the center of a lot of trade rumors in recent months, and he’s currently in the final year of his contract.

It’s very possible that the Pacers try to find a trade involving Turner prior to the trade deadline later this season to get value back, rather than simply letting him walk for free next summer.

However, if they are unable to do so, it seems like Turner will receive major interest and big-money offers in free agency. A recent report indicated that Turner might seek offers over $20 million per year.

“There’s a belief around the league looking ahead that Turner and his team will seek over $20 million annually in free agency as an unrestricted free agent,” Michael Scotto of HoopsHype reported. “Previously, there were rumblings about a potential Malcolm Brogdon type of extension around those numbers (two years, $45 million).”

“Some executives I’ve spoken to think that he can earn up to that $20 million annually,” he reported. “Some compare him in the Clint Capela range ($21 million next season).”

Whether Turner is traded prior to the deadline or not matters little when it comes to his financial prospects going forward. If he is traded, there might be a coinciding extension agreement.

At the moment, the team that has seemingly been the most closely connected to Turner is the Los Angeles Lakers. The Lakers, who suffered five straight losses to open the 2022-23 season, have been on the lookout for trade options dating back to last season.

One of the most prevalent options available is believed to involve Turner and his Pacers teammate Buddy Hield. Though there has been a lot of smoke around the rumor, the fire itself has yet to be discovered.

Whatever happens from here on out in terms of a trade, there is little doubt that Turner will ultimately get his money. He’s a highly valuable center who can contribute on both sides of the floor.