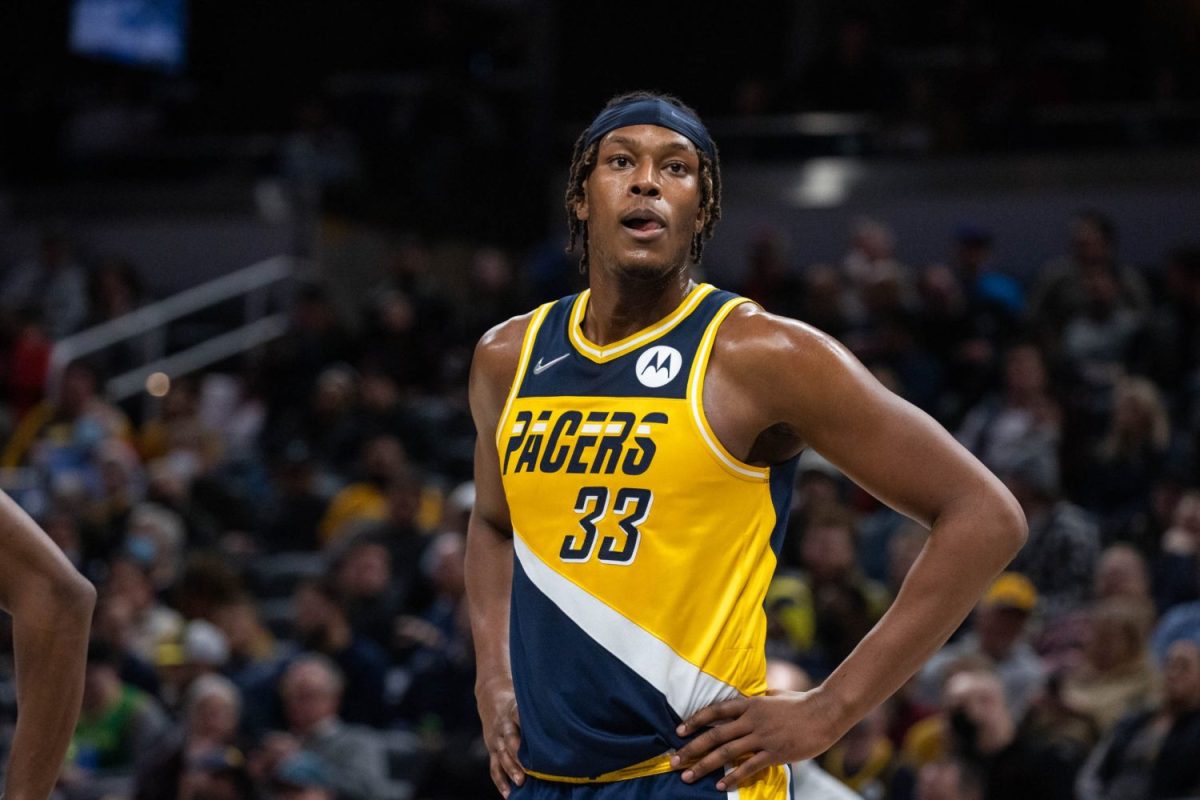 Indiana Pacers big man Myles Turner has been involved in trade rumors for a solid chunk of his NBA career.

Despite Turner being a very versatile and talented center, the Pacers have seemingly tried to trade him for a while.

The 26-year-old is set to become an unrestricted free agent following the conclusion of the upcoming season, and he’s apparently looking for a small raise.

“Myles Turner is going to be a free agent this summer, and he’s going to want a pay raise from what he’s making now,” said HoopsHype’s Michael Scotto. “From what I’ve heard, they’re going to be looking to try and get over $20 million (annually). That’s something you’ve got to factor in (if you’re trading for Turner).”

Throughout his time in the league, Turner has shown off great defensive ability. He’s led the league in blocks per game twice and averages 2.3 blocks per contest for his career.

Last season, he averaged a very impressive 2.8 rejections per game.

Turner has been linked to many teams, and he would be a nice addition for any contending squad.

The University of Texas product recently spoke about the fact that he’s been involved in so many rumors for so many years, saying that he’s “numb” to it.

“This is my fifth offseason with trade rumors going on,” Turner told Marc J. Spears of Andscape. “‘He’s going to land here; he’s going to do this. He going to do that.’ I am finally numb to it, in a sense. So that’s another thing that I was proud of myself for as well. I was able to immerse myself in the experience of Africa as opposed to my own personal life or my own selfish reasons.”

Turner will surely be motivated to show out this season in order to prove to teams across the league that he deserves a nice raise.