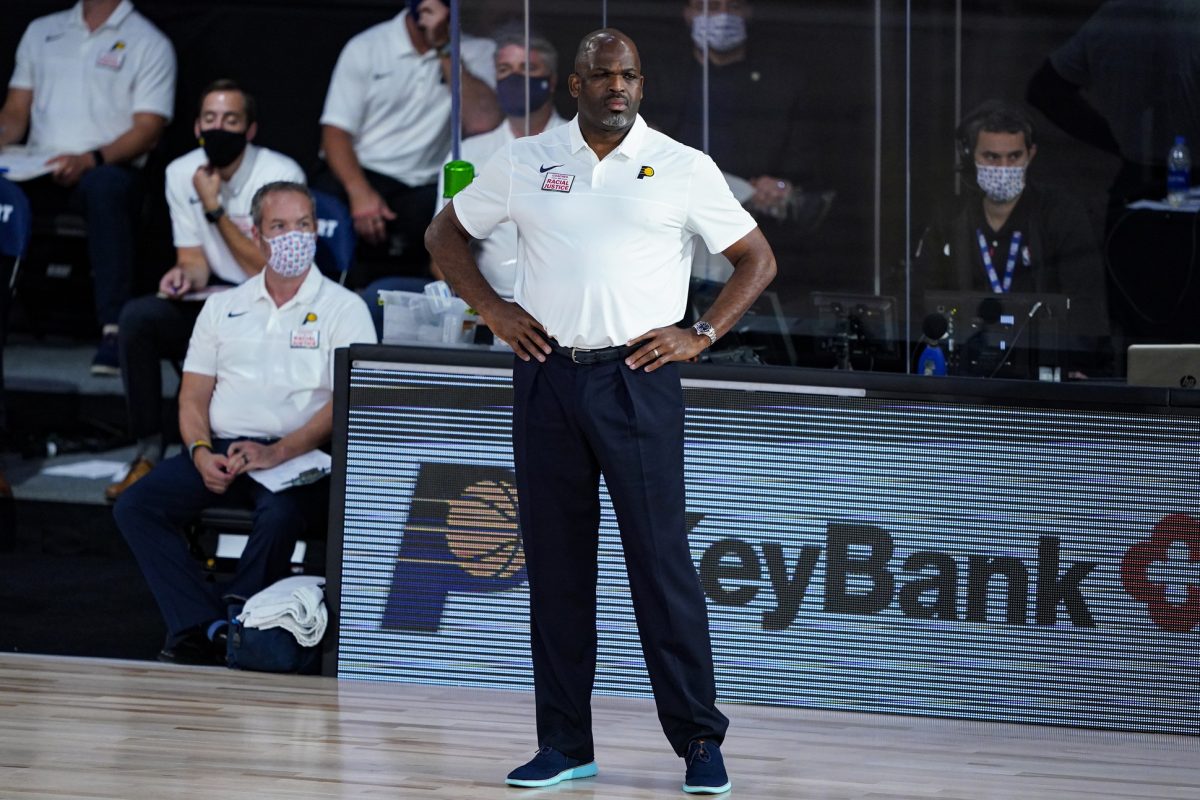 Zach Lowe replies “it’s been the hottest rumor all season.”

McMillan, 56, has led the Pacers to a 42-27 record this season, but apparently that isn’t enough to convince Pacers brass that he is the right man for the job going forward.

Indiana has played most of the 2019-20 season without its best player, guard Victor Oladipo, but is still the No. 5 seed in the Eastern Conference.

The timing of the rumor is also interesting considering that the Pacers are 3-1 since the NBA season restarted, but their lone loss came to the Phoenix Suns on Thursday.

McMillan is in his fourth season as the Pacers head coach. The team has had a winning record in each of those four seasons.

However, Indiana has only advanced past the first round of the NBA playoffs once under McMillan.

This season may be a crucial one for the Indiana head coach as another first-round exit could cost him his job.

The Pacers will take on the Los Angeles Lakers on Saturday, Aug. 8 at 6 p.m. EST.