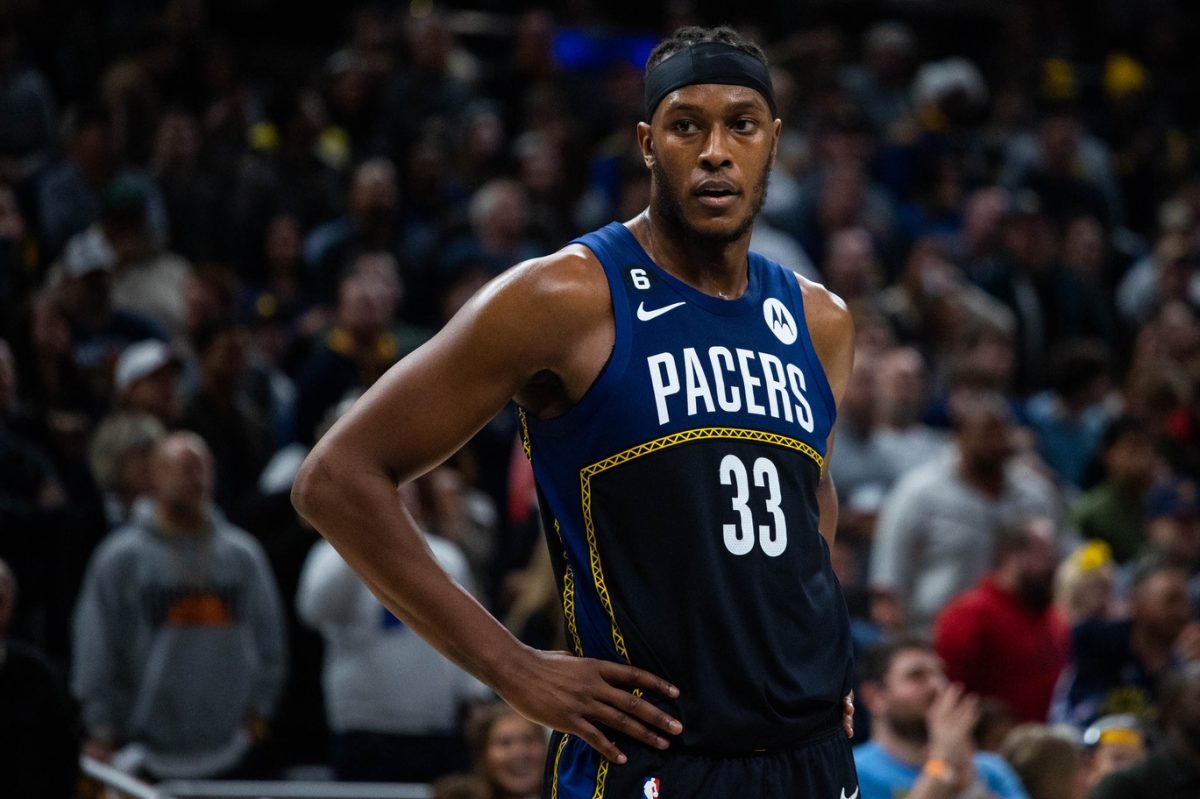 According to a recent report, the Indiana Pacers may look to deal star big man Myles Turner if the two sides can’t agree to a a contract extension in the coming weeks.

If that ends up being the case, it looks like there are a number of teams that will be interested, like the New York Knicks, Los Angeles Clippers and Toronto Raptors.

“If Turner’s contract talks ultimately stall, New York and Toronto have registered interest in recent transaction cycles, sources said,” Jake Fischer of Yahoo! Sports reported. “The Knicks hold a trove of first-round draft capital to spend, although the recent performance from Mitchell Robinson may quell any of New York’s attempts to upgrade its frontcourt. The Clippers remain a legitimate suitor for Turner as well, sources told Yahoo Sports.”

Turner has been a solid performer throughout his NBA career since entering the league as the No. 11 overall pick in the 2015 draft, but he’s taken his game to another level so far this season.

Right now, he’s averaging a career-high 17.0 points and 7.9 rebounds per game while adding 2.3 blocks per appearance as well. He’s shooting 55.2 percent from the field and 37.9 percent from deep.

He’s a true two-way force and could be a major piece for a team that is looking to earn a playoff spot and advance deep into the postseason.

Of the teams listed as possible landing spots, the Clippers seem like the team that has the best chance to truly contend this season.

It would be an interesting twist of fate if Turner did end up playing for the Clippers. As many NBA fans know, the Los Angeles Lakers were seen as a likely landing spot for Turner for a long time.

It was believed by many fans that the Lakers would get a deal done for Turner and his Pacers teammate Buddy Hield. However, the Lakers don’t seem particularly interested in the move after all.

With all that in mind, it is quite possible that the Pacers will be more inclined to extend Turner given his production this season and the success of the team overall.

Last season, the Pacers finished with a dismal record of 25-57. This season, they’re just two wins away from matching their win total from that frustrating campaign.

At 23-19, the Pacers hold No. 7 seed in the Eastern Conference. It’ll be interesting to see how that impacts their approach at the upcoming deadline.